Marijuana lexicon has shifted over the years. 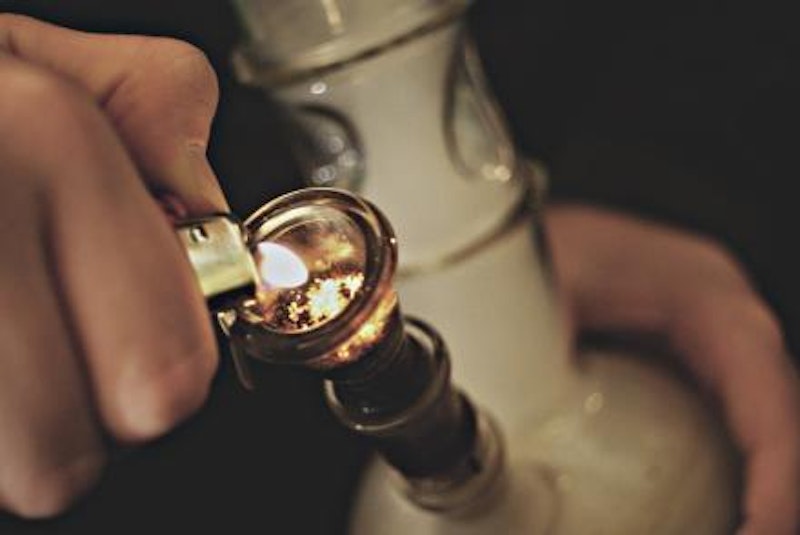 As I haven’t had adventures in the drug trade for far longer than a dog’s age, I was curious upon reading the excellent columnist Hugo Rifkind in Britain’s Spectator a few weeks ago discussing the inevitable legalization of marijuana, and more immediately, tossing off the phrase “skunk cannabis.” Perhaps I’m hopelessly left behind in modern slang—although one of my sons was only vaguely aware of it—but apparently in the UK “skunk” cannabis, or weed/pot/grass/dope, is the extra strong stuff. Rifkind goes on to predict legalization of marijuana in America and the UK within 10 years, for all the obvious reasons (tax revenue, freeing up the calendars of coppers, decrease in crime) but also adds that state-produced pot will be subject to quality control, just like alcohol. I hope he’s right, and the recent victories for legalization in Washington and Colorado are encouraging, since it’s a smart economic/societal move that might’ve been enacted years ago if any national politicians had the guts to rid the country of this senseless prohibition.

In any case, when I was a young fellow who recreationally smoked dope, the word “skunk” was applied only to the very worst kind, usually Mexican, and was avoided unless nothing else was available. For example, I remember one day at Huntington High School, back in 1971, when I was trigonometry class and my dealer Tommy knocked on the door, and said, “Excuse Mr. Miller, but I need to speak to Rusty immediately.” I’ve no idea why, perhaps boredom, but Mr. Miller rolled his eyes and let me converse with Tommy out in the hall. “Listen, man, I’ve got your nickel, but have to warn you that it’s skunk. That’s all that’s around right now, there’s a bad drought since that bust in Huntington Station.” (This was when a nickel meant five bucks, and was a quarter ounce; I’m reliably told that prices are quite more dear in today’s “underworld.”) I slipped Tommy the Lincoln, went back to Trig, and then during a free period retreated to the woods behind the school where everyone kept their pipes stashed in trees, and lit up with a couple of buddies. Skunk.

A few years later, when I was a junior in college, the rules and varieties of pot smoking began to change. It was a September day, and my colleague at the Hopkins News-Letter, Dotto, who also raised tuition dough by dealing, gathered several of us together for what he called an important announcement. “Gentleman,” he began, “the bad news is that the price for an ounce has, over the summer, tilted upwards, from $30 to $40. The good news is that we’re in a brave and glorious new world; this stuff is Columbian, man, and it’ll knock your socks off. Everybody on board?”

Unless the guy was a complete dick, you listened to your dealer, since he held all the cards. And as Dotto was a purveyor of only the best contraband—save the one time he got gypped by a higher-up who gave him angel dust instead of high-octane weed, and that was no fun—we all nodded our assent.

And so skunk pot was no longer in circulation, unless you were really desperate. And now I find out that “skunk” has an entirely different meaning. The Spectator is one of less than a dozen magazines I still subscribe to, and read in print, and as you can see why, there’s a very good reason for that.