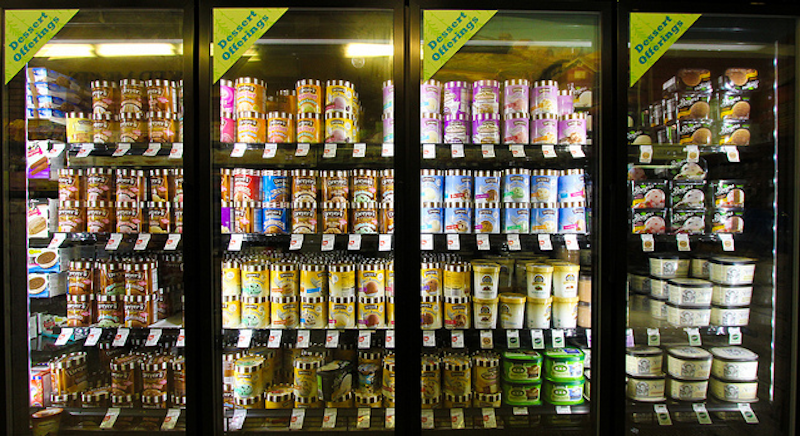 Ranking stuff is a rough business; it's like being chosen for teams in school or graded on a curve. Ranking is scary. Someone or something has to be the worst, someone or something has to be the best, and the rest must content themselves with ranging somewhere in between. When it comes to vanilla ice cream, Dreyer’s (also known as Edy's, depending on where you live) has the dubious honor of occupying the median slot, the center mark, straddling the half-field line: equidistant, in other words, from the end zone of each opposing team, unable to score either way.

It means that you can sit down with a bowl of Dreyer’s vanilla ice cream and not necessarily fiend for cherries, chopped nuts, or whipped cream, even if you wouldn't necessarily turn Hervé Villechaize away if he were to appear, magically, bearing the aforementioned. But what it also means—and this is key—is that if you were at home, freezer bare and accusatory, craving an unabashedly decadent vanilla ice cream experience, Dreyer’s would not immediately leap to mind; you wouldn't beat feet to Wal-Mart for one of those cylindrical Dreyer’s cartons if other viable options were available to you.

What I'm getting at here is that Dreyer’s vanilla ice cream lacks the crucial "it" factor that sets exemplary vanilla ice creams apart from the field, which is extra important in that vanilla ice creams live and die by their intensity or purity, because they don't have fruit, confections, or more vivid flavors to make their cases for them; if you are going to make and market a vanilla ice cream, your product has to have something special going for it. Dreyer’s doesn't, but it's hardly sub-par, either, which makes it the perfect median brand and vanilla-rating series kick-off point.