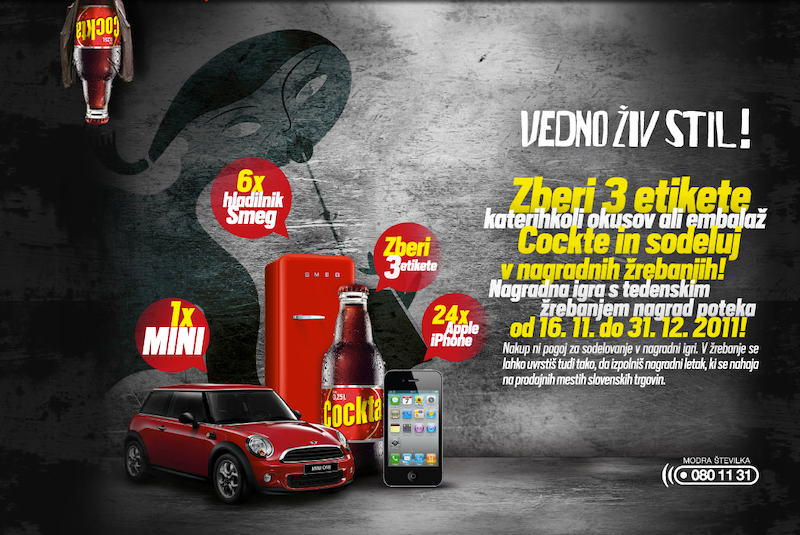 For a while I had what I’m pretty sure was the world’s largest collection of root beer bottles. I had hundreds of bottles from just about every kind of root beer imaginable. Local one-offs, big soda makers, gourmet bottleworks, and breweries that discovered sodas were quicker and cheaper to brew than beer. Some were great, some were terrible, and one had some hallucinogenic wormwood-type substance that left me wandering around my college campus shirtless in a haze for a few hours. The collection lasted for a decade, until my parents’ suburban subdivision adopted a recycling program.

I mention all this to highlight the level of intrigue I had after recently spotting a soda I’d never seen before in a café. It came in a little stubby 8.5 ounce bottle, said it was made of a mixture of plant extracts, and cost $3.

Upon inspection, the bottle and accompanying soda revealed themselves to be from Slovenia. I had to look it up. Slovenia sounds like a country Sacha Baron Cohen made up. Two facts: 1) it isn’t, and 2) I’m dumb. Slovenia is as real as my ignorance of the atlas. It borders Italy to its west, enjoys a small coastline on the Adriatic Sea, and is slightly smaller than New Jersey. But who knew they made botanical sodas?

That I found a soda from Slovenia in Portland, Oregon means someone put the bottles in a box, put the box in a larger box, put that box on a boat, took the box off the boat, put it on a truck, took the smaller box out of the larger box, and brought it into the store. They also presumably went through the maze of paper-work, phone calls, and fees known as United States government import regulations. They did all this while ignoring one central and vitally important fact: the soda is called Cockta.

In the entire world could you conceive of a beverage with a more unfortunate name? Maybe somewhere deep in the ruins of the former Soviet Socialist Republics there exists a soda called Vaginata. Or Anuscola. But I doubt it.

OK, finished laughing, and I mean really finished laughing; you have to wait for it to come around again because Cockta is the gift that keeps on giving. Now, you might think the people who are trying to sell Cockta in the United States, a country that speaks English, a language wherein the word cock is a synonym for penis, might realize the incongruity of the name and, you know, change it. Skunkta, for instance. Even Titsta would have been preferable. But no. Cockta it is, and Cockta you will drink. Once you finish laughing anyway.

Part of the problem might be found on the Cockta website, Cockta.eu (because Cockta.com was taken). The site is, of course, in Slovenian, a language not to be confused for Slovak, but confused or not, it is impossible for me to read. If you, like me, are a product of the American educational system, I submit you are very likely in the same boat. Fortunately, there is a multiple language drop-down menu, but when you chose English, you get this: [Well, nothing. The site remains in Solvenian and you English speakers can just suck it.]

Yes, nothing, in fact, has changed.

So the problem is clear. The people who make the delightful beverage called Cockta, and it is most certainly delightful, are not, in fact, aware that there are other languages with other words and meanings that may fly in the face of their fine product, rendering it a laughing stock. So, to help out the makers of Cockta, I humbly suggest a new name for their soda, one with more dignity and less accidental humor than their unfortunate moniker possesses.

I say we call it Klinecta after the word “klinec.” Which is Solvenian for penis.