Put The Tootsie Rolls Down Slowly

Be original at Halloween and give away a different “treat.” 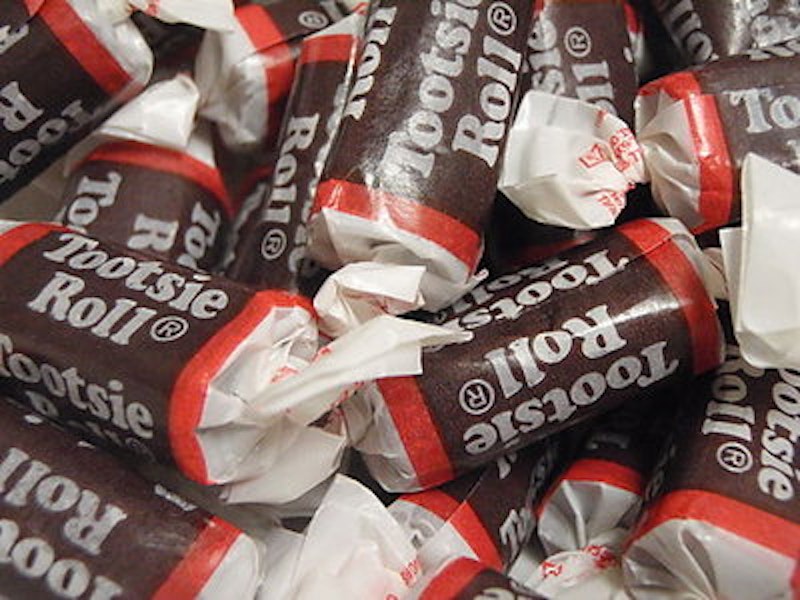 Tootsie Rolls taste pretty good for a candy whose flavor isn't directly representative of anything naturally occurring; it's a weird lodestone of caramel, taffy, and chocolate that manages to convey "Tootsie Roll" and not much else. That's the "traditional" Tootsie Roll, of course—there are dozens of flavors that range from tolerable to ludicrous. Yet the issue is not that Tootsie Rolls are inedible or somehow racist; neither case is inherently worth pursuing, though I will not stand in the way of anyone actively litigating the originators of rap hits about Tootsie Rolls. Rather, the issue is this confection's obnoxious ubiquity in situations where people are compelled by ceremony or tradition to distribute massive amounts of candy to hundreds of eager strangers.

Consider two examples. A few months ago, we attended a local parade where business people distribute notions, favors, and candy; a few combs, thermometers, bags of chips, and pencils aside (a bank was handing out spare change, which was weird), candy was the main course. A third of the metric ton of candy my son came home with consisted of Tootsie Rolls. Two decades prior, on a final adolescent trick-or-treating jaunt, an associate and I managed to collect roughly 200 individual Tootsie Roll pieces. Tootsie Rolls overwhelmed pretty much every aspect of these experiences, to the cognitive obliteration of just about every other variety of tooth-rot available. Maybe one or two of those tiny boxes of Nerds, a butterscotch disc, or a couple rolls of Smarties. Seriously, in each case, I'm struggling to recall, like, anything else. Anecdotal evidence suggests that I'm not alone.

So if you plan to dole out candy to pint-sized Osama bin Ladens and John Boehners and Lady Gagas—regardless of your personal feelings about Halloween, and any possible underlying loathing you may feel for children generally—step up your It-Takes-A-Village-To-Raise-A-Wage-Slave Responsible Adult Game and skip the Tootsie Rolls this year in the candy aisle. I know Tootsie Rolls are crazy cheap, and you descend into whatever the opposite of anti-sticker shock is when you see those prices and you grab a couple extra-large bags like "mission accomplished," exchanging high-fives en route to the register, but resist the urge. Don't be so fucking boring, so typical. Splurge for the Sprees or the mini-Hershey bars or the peppermints. Heck, give the kiddies clementines or rulers or condoms if your mission is to deprive dentists of business. The future doesn't need to look any more like the alternate-future 1985 from Back To The Future, all smashed windows and small-arms fire block-to-block. Get the knack, stop the insanity, be part of the solution.