The Best of Celebrity Booze

Show the hoi polloi that you care about the finer things in life by slapping your name on some boutique liquor. 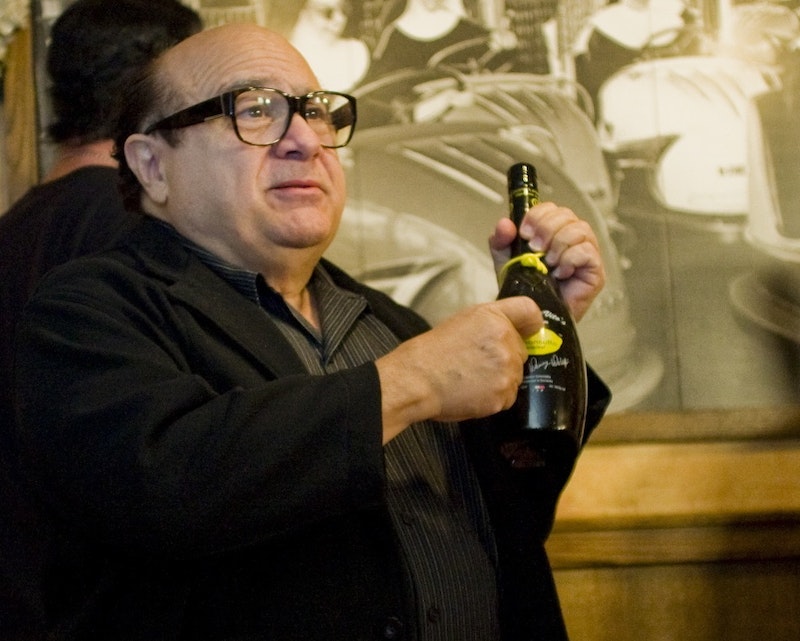 So, you're a celebrity. You've sold out concerts/topped the box office charts/slept with dudes/chicks. There's nothing to do during the daytime and idle life Bel Air isn't as fresh as the Prince suggested. Most of your bored celebrity friends have started their own clothing lines or found a depressing or uplifting charity in need of a public face. Bo-ring!

Booze! That's the ticket out of your malaise—you need to start your own celebrity-branded line of limited-edition liquor. First, you have to live up to those fine celebrities who came before in the service of the sauce. Here are my five favorite celebrity alcohols:

5. Francis Ford Coppola's Director's Cut Zinfandel
This wine stands out from the other booze on my list because, quite simply, it's not too preposterous. Apparently, this Zinfandel has a rating of 90.0/100 on wine website cork'd, and an A- is never a bad thing. It is a shame, however, that nearly the closest Coppola got to any actual film over the past decade was to wrap this bottle in faux-35mm.

4. Sean Combs' Ciroc Vodka
With Kanye West making so much noise lately, it's easy to forget about the original front-runner in the Asshole Olympics, Mr. Daddy. Combs debuted his vodka clad in a tuxedo, riding a jet ski. Or, wait—maybe I'm thinking about his new fragrance. Or maybe a new line of tuxedos from Sean John. Or maybe a new alias. This vodka is aimed at consumers who like rap music enough to want to buy vodka for its connection to a rap star, but not enough to actually listen to rap lyrics, where the only vodka consumed is Grey Goose (to get loose, duh).

3. Dan Ackroyd's Crystal Head Vodka
Oh, Dan—if only you were kidding. If only the seven-minute video you've posted online talking about your belief in the supernatural was some kind of advanced prank. If only you didn't commission a “noted sculptor” to design a skull-shaped glass goblet for your premium vodka and then refuse to call it a “crystal skull” because a “skull” is dead and a “head” is alive. If only you didn't decide that three stages of filtration wasn't enough—that, no, you would filter it a fourth time. Through diamonds. If only…

2. Marilyn Manson's Mansinthe
This one shone down upon me on one of those Internet days when you realize that There Must Be A God and He Probably Likes Jokes, Too. I can just picture all of the small-town Manson fans lining up outside their local liquor mart with their piercings, waiting to get blotto on Mansinthe and write hate poetry towards 'Society'.

1. Danny Devito's Limoncello
About two-and-a-half million people have YouTubed Danny Devito's drunk appearance on The View, where he admitted to downing seven limoncellos, a traditional Italian liquor, with George Clooney. But the truly extraordinary thing is that his public drunkenness didn't hamper Devito's career at all—on the contrary, he made it his career.

Devito ordered some fancy bottles with scratch-and-sniff lemon labels and set to work making his own limoncello. And if that weren't enough, he commissioned a smooth-voiced Italian lounge singer (who must have been waiting to finally break out of the hotel/motel bar circuit) to sing the “My Way” of commercial jingles. Fantastic.