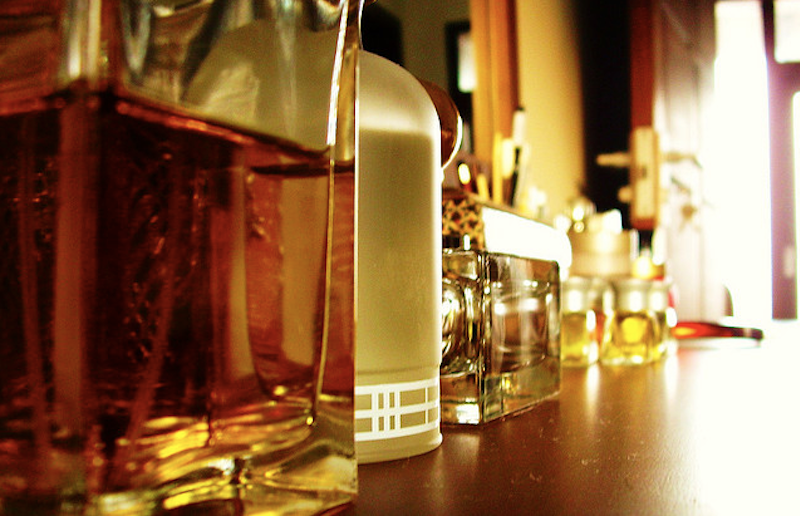 Crusellas Tabacco 1800: This is a Cuban barbershop cologne, a fact that surely merits some ironic or sincere indie street cred. It comes in an unadorned plastic bottle and it sells for $4 for eight ounces (on par with some of the fancier bottled waters). Tabacco 1800 opens with a sharp, soapy carnation, drifts into a raw, boozy leather (reminiscent of Pinaud Special Reserve, another drugstore cheapie), then fades into floral honey in the manner of Yves Saint Laurent’s Kouros. It’s a rougher, flintier version of Maurer and Wirtz’s Tabac Originale, which renders the same general idea with much more grace and costs five times as much (still only $20). Tabacco 1800 smells a lot like the shaving soap version of Tabac Originale, which has a cult following, to the extent that grooming products have followings.

Anucci Man: This weird little Italian cologne comes in a glass bottle shaped like a golf ball with another, smaller golf ball sitting atop it (if they had been the same size they might have resembled a portion of the male anatomy associated only rarely with delightful odors). The box has a picture of a golfer on it, though the scent itself suggests that the wearer would find golf horribly petit bourgeois. Anucci Man is foppish in the extreme, with a clear floral opening reminiscent of Herbal Essences shampoo, but not as sweet. This is as close to feminine as you can get without actually being feminine, but it’s also quite engaging. It features a very wet violet smell, a long middle note, which is floral and quite pleasant, and a finale of quite generic amber. The Italians made Anucci sweet and fey, but they also made it blisteringly powerful and long lasting. One could buy it for a golfer as long as one would not be upset when he throws it away or gives it to his wife.

Creed Green Irish Tweed: Creed insists on an obnoxious marketing campaign that claims that the firm has been producing fragrances for 300 years, and that its current family owners (old Olivier and the dissipated popinjay Erwin) fly around the world gathering precious raw ingredients like villains in an Indiana Jones movie. This is obviously balderdash, but the good news is that the company makes some really good fragrances, chief among them Green Irish Tweed. GIT relies on a wildly bitter, sharp, lance-like violet leaf smell that keeps going for almost the entire duration of the cologne (which is at least 10 hours). The bitter violet is like a hussar capering before a pyramid of cannonballs, the cannonballs glinting dark and smooth (like the sandalwood and amber of the scent’s base), the hussar's horse rearing and his braid sparkling in the sun, his saber pointing to the sky. The perfumer Pierre Bourdon composed both GIT and Davidoff’s Cool Water, and GIT is like Cool Water in the sense that all pizzas are alike; same genre, different league. Green Irish Tweed is wildly overpriced but quite beautiful, and it sells well enough to invite legions of Internet fakes.