Bargain-bin websites cut right to the chase and make online shopping as addictive as possible. 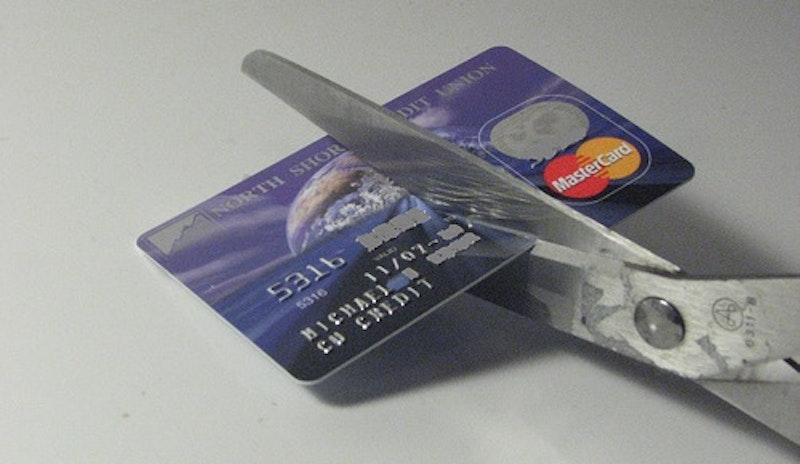 Some time this spring the cycling equipment discount website Bonktown started offering deals that rotated about every 20 minutes. Bonktown is a clearinghouse for Backcountry.com, a big and relatively benign outdoor equipment website, so most of the deals featured on Bonktown were available permanently for a few dollars more at the parent site. Bonktown displays a heavily discounted piece of cycling equipment (sometimes as pedestrian as a pair of socks, sometimes a spectacular Italian carbon monocoque frame) for a short time, and you have the opportunity to buy it. This is pretty similar to the deal-a-day concept pioneered by the electronics liquidator woot.com, but it’s much, much faster. With woot you could check the site in the morning and then walk away if you weren’t interested; no such escape exists for Bonktown.

I have Internet access pretty much all day, and as a grad student no one can fire me for shopping or doing in-depth research on the lanolin content of various shaving creams, so I’ve been able to check Bonktown roughly every 12 seconds to see if they had something that I couldn’t live without. Eventually I discovered a Firefox applet that pops up to tell you when the Bonktown deal changes, and this is how I spent something like $500 on biking equipment in a few weeks.

The Bonktown model is ingenious and plays upon the bargain-hunting habits that the e-commerce boom has engendered. As far as I can tell, Bonktown’s prices are pretty good, but their craftiness lies in providing the offers for only a short time, and in the ready-made comparison to the prices at Backcountry. If you see, for instance, a Swobo wool cycling jersey on Bonktown for $50 you can zip right over to Backcountry and verify that, even on sale, it usually costs $75, and then you have about 10 minutes to decide if you need one. The $50 starts to look rather small, and the short window establishes a personal connection to the bargain—you feel like you’re the only one on the Internet eyeing this particular jersey at this particular time, and before you know it you’re arguing from the position of “why wouldn’t I buy this?”

Nearly the same principle operates at Gilt, a slower-moving fashion blowout site whose black-and-gold web design paints a layer of class over what is essentially an ongoing Internet fire sale. Gilt, like its cousin site iDeeli (which is not very good) requires a membership to buy anything, which I suppose might lend it an air of exclusivity. It’s certainly part of the site’s marketing—membership is free, but a current member must invite you (and, in fact, if you then buy something the current member gets a $25 credit—viral marketing ahoy).

Gilt offers high-fashion clothing and tchotchkes at good discounts, and much of its selling power comes from sleight-of-hand with retail prices. Gilt always lets you know how much you would have to pay for these things at retail, and the contrast definitely makes the discounted price seem cheap even if it’s quite expensive. Ordinarily a moderately savvy shopper is suspicious of the suggested retail price, but on Gilt the MSRP’s are so hilariously high that they seem true. A major sale last week featured a $3500 leather jacket reduced to something like $120—a pretty good price, but still a lot of money.

Nonetheless I found myself frantically reloading the site every few seconds to see if I could get one. Gilt apparently maintains a very small inventory and if someone else adds an item to his cart you can’t order it until he changes his mind or 10 minutes elapse. I clicked hysterically, caught between hope that someone would decide he didn’t need the jacket and despair that he wouldn’t, and that I would miss my only chance to own a jacket that costs as much as my second car. I consoled myself with a Hickey hunter’s coat in waxed cotton, down to around $75 from $900, a bargain that looked small and lusterless after the affair of the leather jacket.

The critic Walter Benjamin, in his famous 1935 essay “The Work of Art in the Age of Mechanical Reproduction,” wrote about the state of distraction into which the modern world had slipped. 1935 was surely less fierce in this way than our current age, in which it is not entirely unusual to see a person using a Blackberry and an iPhone at the same time. Benjamin was writing about the power of reproducible art (specifically film) to destroy the ancient aura attached to unique art objects, an aura that he positioned as something that fascism could and would harness to its own ends. A unique art work accumulates an air of reverence and power consonant with the existing social order, whereas an art work that reproduces itself ubiquitously and in fact has no true original (as in the case of film) shatters this aura and has a revolutionary effect. A spectator become absorbed into unique art by concentrating on it; in contrast, crowds absorb reproduced art into themselves, in a state of distraction.

I thought about this as I checked email, revised dissertation chapters, trolled eBay for shaving equipment, and watched for the little blue window of Bonktown’s next deal. At my desk the distraction was total and I paused on each task for no more than a few seconds, but the deals felt unique. If I caught a nice pair of cycling shorts or some new pedals I felt lucky and special, alone in my thrift and savvy. The crowd of the Internet is vaster and more distracted than the German intellectuals and burghers of the 1930s, but advertising, a staunch proponent of ubiquitous mechanical reproduction and distraction itself, has come up with a way to reproduce or counterfeit the aura, the power of the unique art object.

Who knows what this will do to us, if anything? The philosopher Gilles Deleuze wrote in his “Postscript on Control Societies” (a pessimistic vision of digitally reproduced and atomized state power) that, “There is no need to ask which is the toughest regime, for it's within each of them that liberating and enslaving forces confront one another.” He continued, poetically, “There is no need to fear or hope, but only to look for new weapons.”