Our Friendship is Over. TTYL.

Paris Hilton's show My New BFF raises reality-TV camp to new heights. And if Sarah Palin's political equivalent is any indication, ratings should be no problem. 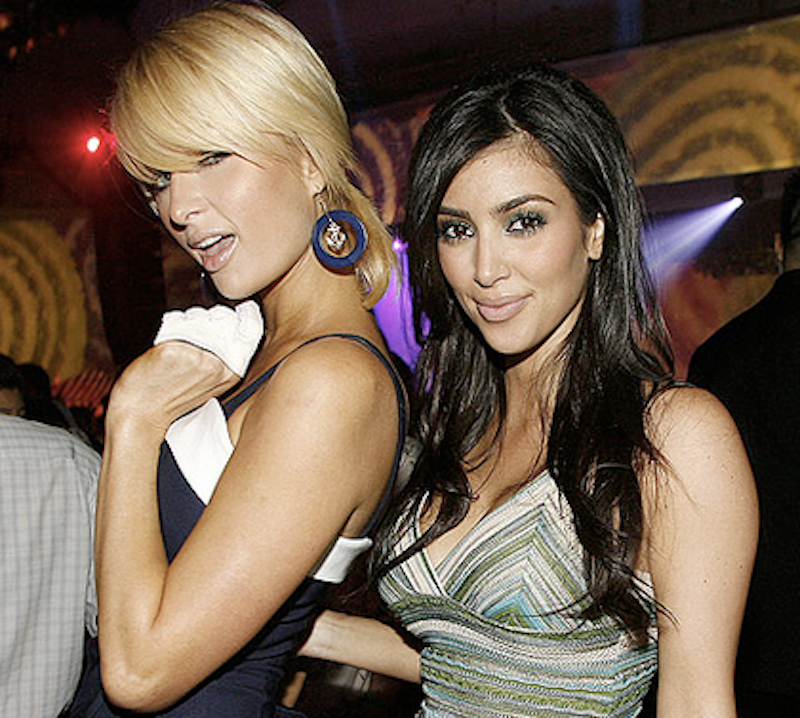 I’m obsessed with bad reality TV. But not these MTV-style shows where you got a lotta naked bitches rolling around in a pool of scorpions, or like where one of the challenges is to eat fresh horse doo-doo without vomiting. I’m just not that into the whole, what, “adventure reality” scene. As a gay, I obviously prefer reality TV of the daintier, vacuous variety—you know, Project Runway, Make Me A Supermodel, Design Star, Color Splash!, The Rachel Zoe Project, The Housewives of White Men Who Tan Way Too Much and on and on. The more shallow and glammed-out the show, the better.

Paris Hilton’s My New BFF is a delicious new example of shallow reality TV. It’s pink. It’s frilly. It’s a full-on celebration of everything Paris. One of the first challenges—wait for it—was to see who could write the best champagne “toast” to Paris.  I just think it’s like completely amazing to watch these bitches pull out each others’ weave and bedazzled eyelashes over the friendship of Paris Hilton. And at the end of every episode, true to reality style, some sad soul gets terminated. Paris sits on this ridiculous throne in a couture gown and says to the loser, “Our friendship is over. TTYL.”

If you ask me, the show is fuckin brillz. What’s so fabulous about it is that it’s a total satire of any and all irresistibly bad reality TV: you got yer ridiculous challenges, yer cattiness, and yer eliminations fit for drama queens. By now, the show’s producers know what makes a good reality show or at least what the reality audience wants. Bitch fights! Sex! So in that ultra superficial way, BFF is totally mocking its dumb, flaccid audience even as it laughs at its own genre.

The thing that really fascinates me about BFF is that it’s so shallow that it almost glorifies stupidity. Like, why is complete and utter vapidity so mesmerizing? You know, at least Project Runway and Make Me A Supermodel require, um, talent, or otherwise award you with money. NOPE! BFF is about the shallowness of shallowness. Everybody already thinks Paris Hilton is stupid, anyway. But after seeing this show and understanding it as a satire, I realized that she’s totally smart. Guess who’s having the last laugh now, bitches!

I remember when reality TV was intelligent. I used to love The Mole ‘cause you could watch it and try to guess who the Mole was. You could participate. And what about the Real World New Orleans—the season with the gay guy with the military boyfriend; the Mormonized girl who got kicked out of her school because she lived with boys; the black “come on be my baby tonight” guy that errbody hated; and that one chick who was all mixed race or whatever. There were issues, real issues to debate. And since TV is a good measure of the culture of a period, I guess dumb TV means us Amerikans is gettin’ dumbur. Before you know it, we’ll be up in Wal-Mark tellin’ our children, “Honey, dems’ not tables. Dems’ chairs.”

For most of the country, stupidity sells. Why else do you think some folks (i.e. Republicans) are absolutely gaga over Sarah Palin? I just linked Paris Hilton to Sarah Palin. She’s totally the Paris Hilton of the Republican Party. Think about it: they’re both pageant girls. They both play/are dumb and give stupid answers in the media. And they both have catch phrases or trademarks. Paris Hilton’s “that’s hot” is Sarah Palin’s “Maverick.” When I saw Palin up on that debate with Joe Biden, playing all dumb and folksy or whatever, I said to myself, “Now if this heffa winks her eye one more time, Ima knock her out.” How else can she continue to give substance-less answers to real questions? How else can she keep seducing the media with her winks and West Virginia talk?

The really sad thing to me is that our upcoming presidential election has become nothing more than a bad, vapid, vacuous reality TV show. Just think about all the drama that’s come up so far: Picking a woman veep. Ending campaign. “That One.” What next? Will they produce Osama bin Laden? I mean, I know that it’s politics as usual or whatever. But it seems like the only way that McCain thinks he can win the election is to be the diva-est tranny on the Presidential Reality TV Show. You know, that mean ornery bitch don’t nobody like: Omarosa.

Though I don’t understand how anyone could possibly vote for this particular Republican ticket, I’ll concede that the smart but ultra-sad thing the Republicans have capitalized on is this reality TV mindset, where the only thing people crave is drama and vapidity. That’s why the Sarah Palin thing works. People love her—she’s Paris Hilton coming to save Amurika.

So anyway. I really doubt that reality TV can get any shallower than BFF. It’s the penultimate in dumb, elite-less values that so many American people crave. But you know what would be totally, majorly awesome? If McCain loses the election, Paris Hilton should emerge as if from thin air and say to Palin, McCain et al., “Our friendship is over. TTYL, bitches.”