Going Bigger For No Apparent Reason 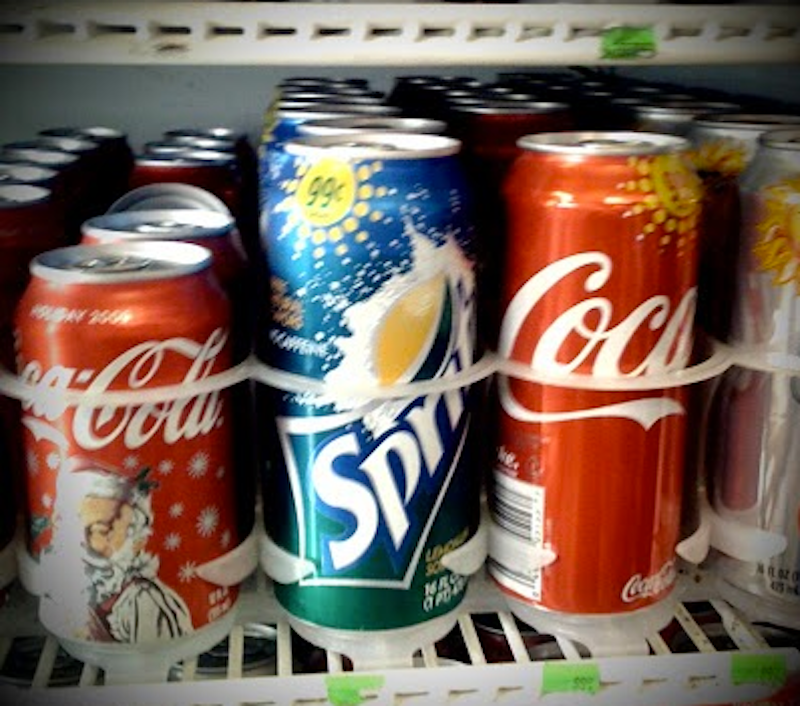 A recent trip to the local convenience store revealed that Coca-Cola has done the unthinkable: the company, inexplicably, has wandered into the tallboy fray, introducing 16-ounce aluminum cans of bubbly, tooth-dissolving soda to the crowded soft drink market. I purchased one and spent several hours nursing it along; at the bitter end, the beverage was warm and flat. With the exception of the can itself—which resembles a typical Coke can, but is an inch or so taller and sports a shapely, white silhouette of ice cubes settled in a glass—the experience was an unexceptional one that left me wondering, "What's the point of a Coca-Cola tallboy?"

The tallboy—sort of the El Camino of beverage formats—has long been a staple of the malted alcoholic beverage market, immortalized in The Stoned Age (1994). Set sometime in the 1970s and notable for abysmal performances, The Stoned Age is largely horrible, but features a memorable scene where a group of young ruffians burgle a beer distributor. One hellion dispatches a junior associate through an elevated window to gank some brew; the minion reappears with the goods, but is berated for failing to acquire tallboys and ordered to re-burgle the site to accomplish his mission.

There, the tallboy's currency lay in 1) a sort of peer-group cachet, and 2) well, a larger quantity of alcohol which would allow one to get drunk in a shorter period of time. In recent years, any number of energy drinks and maverick ice-tea brands have likely turned tallboy for the first reason; the ability to charge consumers more by employing slightly more in the way of materials is probably another attraction. Coca-Cola probably felt a bit left out and saw an ability to grab some marketshare, though it wouldn't be surprising if the company's executives also embrace this sort of megalomaniacal thinking.

What's problematic about the use of the tallboy for non-alcoholic beverages? You cannot look at the can and know immediately how much is left. Older people, like me, tend to pace ourselves with the adult beverages, so a regular can or bottle makes sense; younger people want to get fucked up, so they'll drink whatever they're drinking swiftly then reach for another, and it doesn't much matter what they're drinking from. But unless you're Beavis & Butthead, where's the fun in slamming down soda after soda after soda? What is the point of a 16-ounce soda can in a world where there are 8- or 10-ounce cans already—a capitol idea, by the way—and clear plastic 16-ounce bottles that allow the drinker to keep a bead on where he or she stands in terms of soda consumption? The soft-drink tallboy is, inarguably, an idea that should've found its way to the circular file.