Maybe the original celebration in 1970 had some urgency behind it, but since then the annual "green" celebration has become worn out and silly. 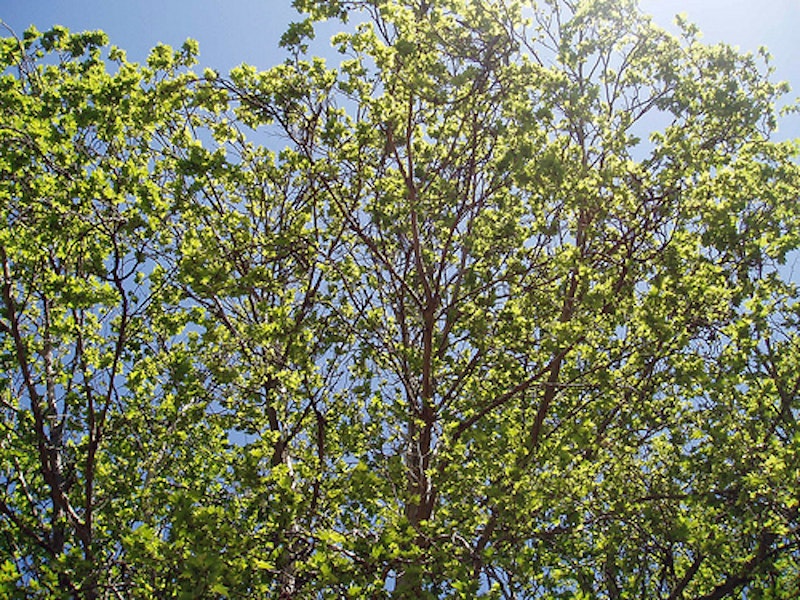 A childhood buddy, now living on the outskirts of Kyoto, sent an email this morning, mostly about his impending move to Santa Cruz after nearly 20 years in Tel Aviv and then Japan, and closed by reminding me that today is Earth Day. I hadn’t remembered, despite reading on Monday Elizabeth Kolbert’s mournful “Talk of the Town” piece in The New Yorker, a brief primer on the first celebration in 1970 and the subsequent decades-long indifference to the annual “holiday.” My 16-year-old son’s high school commemorated the occasion last Friday, which sort of ticked me off since classes were cancelled in favor of teach-ins, a mini music festival in the afternoon, and a reminder to parents from the headmaster that it’d be fitting if students either walked, carpooled or bicycled to campus that day in an effort to reduce each pupil’s carbon footprint. All had a grand time, my son reported that night, with some cool bands playing and an Earth Day-specific menu for lunch.

As Kolbert reported, some 20 million people participated in the first Earth Day on April 22, 1970, including New York’s then-governor Nelson Rockefeller, who rode a bicycle in Brooklyn, perhaps hatching in his mind the draconian drug laws that he’d sign three years later, which undoubtedly led to the incarceration of thousands of his fellow revelers who were demonstrating on 5th Ave. and holding impromptu picnics. Kolbert, citing a Pew Research Center survey that showed global warming ranked last among 20 issues that Americans considered the top priorities for President Obama and Congress, concluded, “But Earth Day has lost its edge and, with that, the sense that a different world is possible. Even more than in 1970, what’s needed now is an outpouring that organizes itself—with millions of people and, for good measure, some stinky dead fish in the streets [harking back to a midtown Manhattan occurrence 39 years ago].”

Not to be a spoilsport—because who, aside from those whose commercial interests are linked with pollution of 100 different varieties, can possibly be anti-conservation—but like many other citizens right now I’m more concerned with this dreadful recession. I’ve spent the last several days consulting with my wife about the four very divergent estimates for repairing a leaky roof in our house, wondering if the contractors with the more expensive bids are attempting to gin up business during a slow period or are on the straight and narrow. Global warming? I’ll think about it tomorrow, next month or two years from now.

That’s not to say I don’t recall with a burst of nostalgia—and really, there’s no other word that fits—my own participation in that first Earth Day in 1970, when I was a 14-year-old ninth grader who heard the word “demonstration” and said, “Where?” My hometown of Huntington, New York, in the center of Long Island, wasn’t the hub it is today, but nevertheless more than 1000 people gathered in the town’s Heckscher Park, listened to speeches somewhat earnestly, and then goofed off for the remainder of the day. It was a ton of fun: most of my friends were there, and we had blankets on the grass, congratulated each other for being socially aware, and promptly forgot most of what was said by the activists with the megaphones. What sticks out in my mind, nearly four decades later, was the success I had in putting the moves on an eighth-grade chick (pardon me, but that was the lingo), an assignation that led to our rather innocent involvement for oh, maybe three weeks or so.

Of course, unlike today, both planned and spontaneous demonstrations were the norm, mostly protests against the Vietnam War, but other, more esoteric causes as well. As it happened, just a few weeks later there was a somber meeting of the town’s youth at Heckscher Park, an angry rally against Nixon’s government for the killings at Kent State on May 4, 1970. In the crowd that day I saw an older neighbor, a student at the Ohio college, and asked, “Paul, what are you doing home?” He looked a little frazzled, and replied, “Are you nuts? Like I’m going to hang around and get shot? Fuck no!” It was hard to refute that argument, I reasoned, and continued milling about the crowd, saluting a few other hippies with a “Right On!” declaration, and then it was time to get home and do homework. In reality—and perhaps this is at least a partial explanation of why subsequent Earth Days never reached the same pitch as the first one—after Kent State the student demonstrations tapered off, probably because there was real fear in the air.

Newsweek’s Daniel Stone, writing on that magazine’s website last week, suggested that today’s most ardent environmentalists hold some contempt for Earth Day. A friend told him, “Earth Day for environmental professionals is like Easter for Christians: it’s a good excuse to have a party, but the real discipleship is supposed to happen all year.” Actually, that may be a charitable summation, since it’s my bet that Easter attracts more casual Christians than Earth Day does “green” Americans.