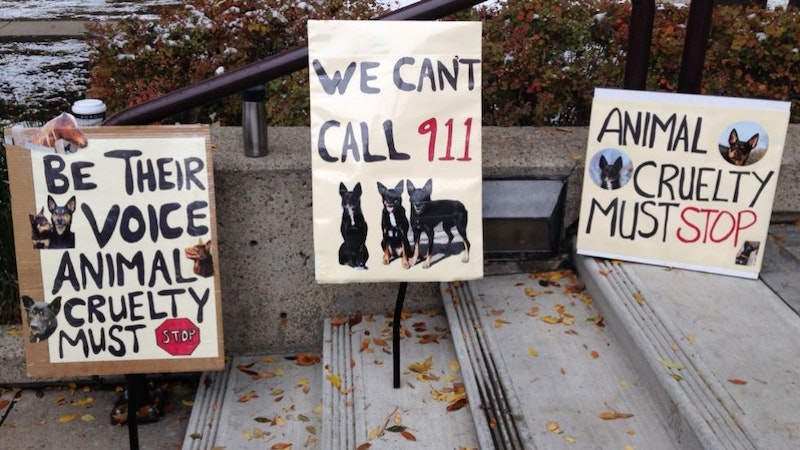 I've been thinking about my next book project. I've wanted to write about Stop Huntingdon Animal Cruelty, a pressure campaign that sought to bankrupt a major vivisectionist company. The SHAC 7 case was the talk of the movement when I first became interested in animal rights, and, as a result, I've always wanted to dig into the episode.

But I've had doubts about whether this was a worthy topic. Clean meat, cultured meat, in-vitro meat—whatever you call it—seems poised to do more to help non-humans than animal activism ever has. Surely, I should write something related to this revolutionary technology. I considered writing a biography of Willem van Eelen, widely considered the godfather of clean meat. But he was Dutch and the language barrier is too much of a hurdle.

The question of SHAC's relevancy forced me to consider the technological determinism with which some segments of the animal movement think about clean meat. I've been guilty of this kind of thinking. For instance, in a 2011 letter to the editor of the Lake Placid News, I wrote, "Once the science progresses to the point at which in-vitro meat is cheaper than, and indistinguishable or superior in taste to, slaughtered meat, it’s hard to imagine how simple market forces will not make animal agriculture a thing of the past."

I now believe the truth is more complicated. Perhaps clean meat will establish the conditions under which animal liberation starts to become possible. But it won't make activism unnecessary. Despite the various incentives to adopt clean-meat production, many will cling to old ways. Campaigners will be needed to marginalize reactionaries and push for laws banning nonhuman exploitation.

I recently interviewed Matt Ball of the Good Food Institute about clean meat. While I respect Ball, I was disappointed by his answer to my question about what ordinary people could do to help spread this technology. "The most important thing you can do is to seek out the best plant-based meats you can find," Ball said. "By giving the market a stronger signal of increased demand for better types of meat, we’ll encourage more investment in both plant-based and clean meat, which will accelerate these markets."

Highlighting passive, consumerist activism that many would-be campaigners are already engaged in feels like a wasted opportunity. Jessica Almy, Ball's colleague at GFI, offered more helpful advice to those of us who aren't scientists or venture capitalists. "People can let their elected officials know that they support clean meat and would like to see a public investment in needed R&D," she said in an interview I was unable to use. "Or they can weigh in with the FDA to support a safe and efficient regulatory path to market under existing law and policy."

I believe there’s still much to learn from SHAC about what works and what doesn't. Ultimately, I might not write about the campaign. I could choose a topic related to clean meat, but it won't be because I think animal activism has no real role in the future.