For a 21-year-old Colorado college kid. 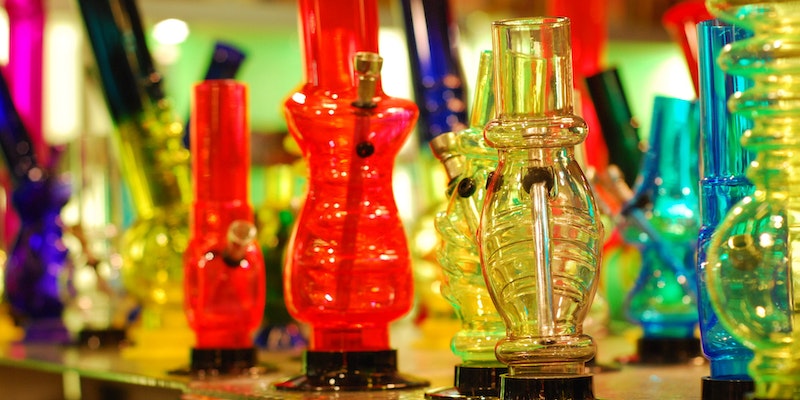 I came downstairs Monday morning just as my mother was heading out the door. She reminded me that we had a big family picnic at my uncle’s house that night; it was my cousin Sam’s 21st birthday and my father, Sam’s godfather, had forgotten to buy him a present. Of course. She went on “…so I had an idea. He goes to college in Colorado and is turning 21, so it’s legal for him to buy pot there now, right? I thought we could give him a bong!” Her eyes were wide as she stood there in her clogs with a purse on her shoulder, shorter than me now with a proud grin and her hands outstretched with enthusiasm.

I love it when she uses the word “bong.” It’s always the most important word in the sentence and said just slightly louder than the other words and the "-ong" is drawn out into an “oongah.” To my parents, there are three ways to smoke weed: a joint, a “hash pipe,” and a bong. Despite their limited (and dated) vocabulary, they did smoke every now and then and, like most sensible people, are in favor of legalization. But they’re not the type of parents that would know where to buy a piece and what type to get. So, I was given a credit card and tasked with getting “a nice one, nothing too cheap, it’s his 21st.”

That night after we finished dessert, my father gave a short speech on how he, as the godfather, is in charge of Sam’s spiritual well-being and presented the gift. I chose a nice scientific glass bubbler with the help of a clean-cut head shop employee who said the “showerhead percolator” distributes the tobacco smoke well, making it easier on the lungs. Okay. The best part of the evening though, was not watching Sam and the rest of my extended family react when the gift was opened, but the conversation that followed. The older people, my parents included, launched into discussion of the potency of marijuana today and how the new law in Colorado had changed the demographic that smoked weed but not the amount of consumption itself. They used phrases like “toke up” and ”bong store” and were fascinated by the industry for edible marijuana products. “A pot lollipop… well I’ll be damned.”