Apple's New Retina Display Means Everyone Can Be a Brilliant Artist 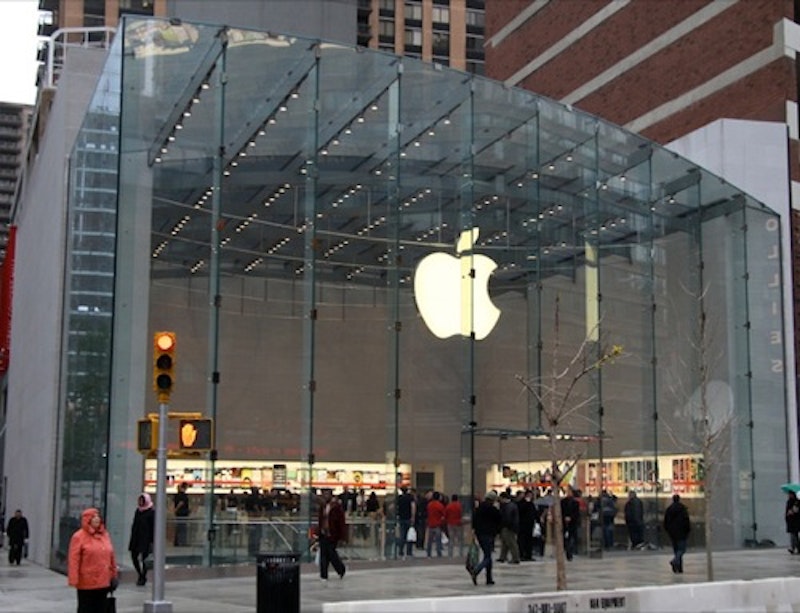 When passing through New York City one has several tourist options. If you're a budding hipster, Brooklyn is your oyster. If economic fortune shines upon you, there are an endless number of cultural institutions in Manhattan; the Apple Store is one of them.

I have to confess that I own a Macbook Pro. It was bought at a time when free money rained down from the sky in the form of loan surplus dollars. At the time, I was getting into film and photography and the specs on what Apple was offering checked out. Five years later my machine miraculously still runs. Whether it was worth the $2k I spent at the time is a question I haven't really dwelled upon in any depth; sometimes you can't place a value on vanity.

A barely college-age Apple Store employee came over to discuss an iPad I had been toying with. When asked about certain process limitations he told me: "Well, you've got to understand that this does 99% of what a computer does, but in a different way." This kid was the embodiment of Apple's original "Think Different" ethos. Maybe I'm just naive, but I don't think its too much to want a device aimed at the creative demographic to not strictly operate within the confines of a curated selection of "Apps." Its unnecessarily limiting, but then again Apple has always enjoyed creating proprietary interfaces and designs to be sold at the highest premium.

One of the most obvious premiums that you can currently pay for is Apple's Retina display. After I broke away from the iPad section I found myself looking at the Macbook Pros. I was impressed that they were offering a computer that was several times faster at rendering HD video than my old machine, and at nearly half the cost. My wonder must have been obvious, because that's when another rep stepped in. He was a musician in his twenties who was glad to "talk to someone who spoke English." I began my line of questioning:

Me: "So I see that the battery compartment isn't on the bottom of the laptop."

Me: "So what happens when the battery dies?"

Rep: "Well, if its in warranty we replace it."

Me: "You replace the whole machine?"

Me: "Well, how much does a battery replacement cost out of warranty?"

Rep: "Like I said, if its under warranty we replace the whole machine."

He proceeded to do a side-by-side screen comparison. The text on a Retina display screen did appear to have less pixelation than the older generation. It was also brighter, which was definitely a plus. However, when adding in the cost of the newer display, my potential purchase skyrocketed to a familiar $2k price tag. Not too mention the cost of repairs should the delicate, non-modular circuit board decide to fail after the warranty expires.

I chewed on this for nearly fifteen minutes, and came to the follow conclusion: If Apple is producing a patented technology that optimizes the way something looks on screen, then it will benefit Apple users; that much is obvious to anyone. But what's less obvious is this: If you're working on, say, an editing workflow on a computer with Retina display, you'll assume that when the final edit goes out it will look incredible on everyone's display. However, not everyone has a Retina display. So best case scenario, that extra resolution may help you see a glimpse of the future, with perfectly crisp images rolling effortlessly in front of your eyes. However, in one of several worst case scenarios, the display is making you believe that what you've done in-post—whether you work in photo or video—is immaculate after just a few moments of light tweaking.

Pixelation is a necessary limitation of a computer display. In 99% of cases, it allows you to see when you've done something wrong with an effect or a filter, or when you've simply pushed the compression of your output too far. Apple wants everyone to produce media through an easy-to-use interface that encourages the user to play around. There's nothing wrong with fostering creativity. However, the Retina display stokes dillusions of spontaneous genius in the average non-professional. Maybe this will work to Apple's benefit. They've already conquered the portable music and mobile phone markets, so maybe they'll finally fulfill their dream of computer dominance, the dream they've harbored since their prophetic "Why 1984 won't' be like 1984" Super Bowl commercial.