A Generation in Search of a Pant

Uncertain times mean uncertain fashions, and some designers are going back to basics. 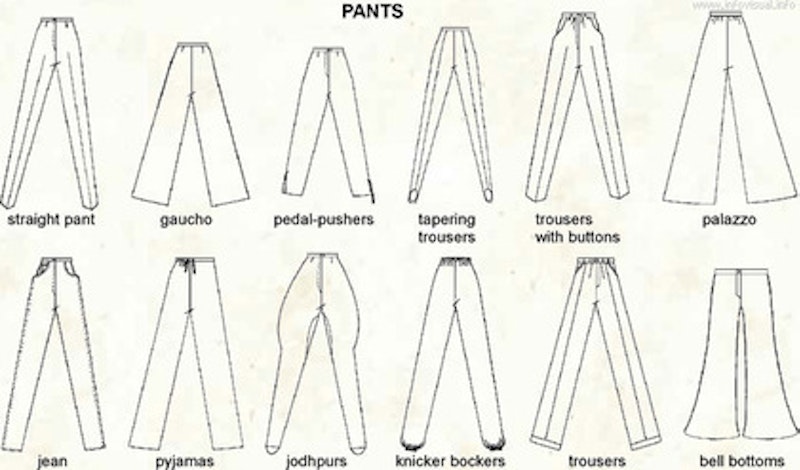 Every decade has its pant. In the 1960s they were skinny and straight. The 70s brought the bell-bottom. Then in the 80s they got skinny again, but even skinnier than before. The 90s brought us a couple: the baggy pant and the dreaded MC Hammer. In the early 2000s, the boot cut thankfully saved us from the 90s, and finally the skinny pant came back again!

It's a cliché to remark how the speed of trends is accelerating, but it's true. It's 2009's fall fashion season, and menswear designers are searching for a new pant yet again. (Womenswear designers have too, but the issue is less pressing; the restrictions placed on what men can wear make issues of tailoring and silhouette of paramount importance). Some of the guesswork is just trend searching. But some of it means more.

Changes in fashion reflect changes in society. As the economy started to worsen a year ago (and earlier), the fashion world felt it needed update its looks. Suddenly skinnier pants seemed too frivolous, impractical and luxurious for the times. Of course I don't need to cite the other sign of changing times—don't make me say his name.

Some designers have started to loosen up in response, notably Italian designers like Armani and Bottega Veneta, both of whom have shown very loose, luxurious pants. But not until recently has the confusion about the next "pant" become so clear.

Take this month's Burberry Prorsum show. Christopher Bailey is a master of tailoring and silhouettes, and he's credited with making Burberry relevant and hip once again. Usually a very good editor whose shows are refined and consistent, he showed skinny pants in his most recent show, as well as dropped-crotch pants, baggy pants, flared pants, boot cuts pants, and I thought I saw some tapering here and there.

The results from other designers known for sharp tailoring seem similarly mixed. Duckie Brown had them loose but straight; Neil Barrett kept it tight, unsurprisingly; Lanvin and John Varvatos were all over the place. Bottega Veneta seemed to be one of few designers to hit a mark, if not "the" mark: relaxed and short, without room for ruffling and folds, no frills, no fuss.

It only takes one to define an age, though, and the best place in men's fashion to look is Raf Simons. It seems his pant is straight but loose (there are a lot of slacks), which seems fitting for the times. Serious, casual, forgiving. They are classic but new enough to recognize times have changed.

Think I'm over-thinking this? Try walking into a party these wearing, say, some bell-bottoms, and tell me fashion isn't culturally important and time-specific.

In the midst of all this confusion, I'm sticking to the straight cut. Simple, classic, and heck, it's what Christopher Bailey himself wore after his show!