A brief look at a bygone era. 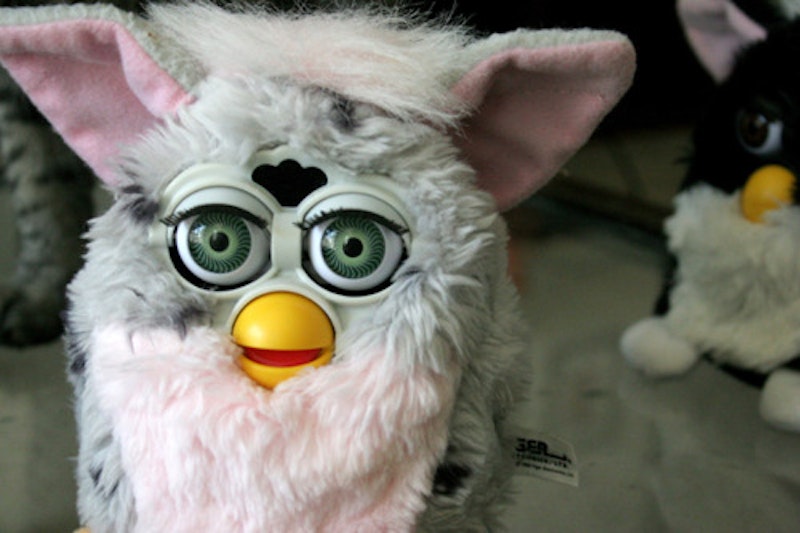 Every generation has fashion icons, beloved or reviled movie stars, and the likes of Elvis Presley and Justin Bieber. And then there are all the memorable children’s toys. Red Rider BB Guns, Pet Rocks, and Cabbage Patch Kids are still part of popular culture today, for better or worse. The toys of the 1990s are no exception, and with the release of The Muppets, I wondered about the famous Tickle me Elmo dolls, and the other must-have-at-Christmas items from that era.

Tickle me Elmo: Easily the most popular toy of the decade, Tickle me Elmo swept over the nation like an understocked demon. Toy stores across the country couldn’t keep Elmo on the shelves, and at a certain point the $28.99 doll was going for nearly $1500 on EBay. Moms were busting out into catfights and searching from state to state just to get their hands on an Elmo. The craze died down eventually, and the most recent Tickle me Elmo was released in 2007 by Fisher Price.

Furby: Now incredibly obsolete, Furby’s were these creepy/cute looking animals that repeated English words after you talked to it enough. What was new technology then has since been far outmatched by Sony and Apple. Still, in the three years that Furby’s were popular, an astounding 40 million units were sold. Because they sometimes parrot exactly what their master says, these guinea pig/owl hybrids were banned from the White House in order to preserve national security. After an attempted comeback in 2005, Furby’s are all but forgotten.

Beanie Babies: Because of a genius marketing campaign rolled out by H. Ty Warner, Beanie Babies became a sensation overnight. For years these unique stuffed animals were rabidly sought after because they were perceived to be rare and valuable. Beanie Babies were sold solely at small and independent retailers, which made them seem cool and just added to their mass appeal.

Pokémon: Another toy craze from Japan, the Pokémon franchise’s popularity in America peaked in the late 90s, with a hit TV show, a number one movie, and a best-selling video game series. Action figures and dolls sold like crazy, and nearly every kid had a toy Pikachu. Pokémon was no one-hit wonder, however, and it’s still one of the most durable game franchises of the last 15 years.