The Passing of Orlando Ridout V is Maryland’s Loss

A sad month for Maryland historians. 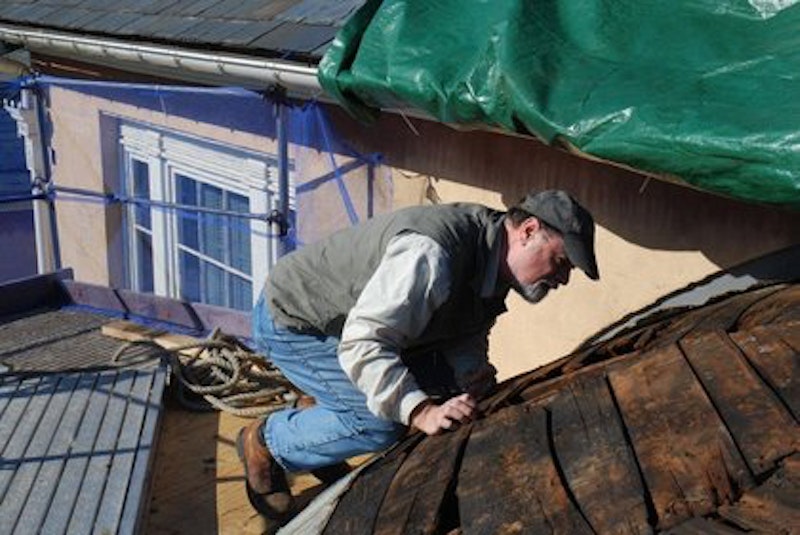 The best teacher I ever had recently died. I’m not the best person to eulogize him, but he had a major impact on my life and I’d like to document it in a small way.

I was on a field trip to historic Annapolis with my daughter’s class on Wednesday. As we passed the homes of Annapolis’ four signers of the Declaration of Independence, our tour guide talked about their contributions to our country. But I saw the tour differently. When the Colonial-dressed gentleman said Samuel Chase wasn’t as wealthy as the other signers, I saw that his house was skimped on relative to the others because the brick Flemish bond pattern on the building was simple, whereas the glazed header Flemish bond pattern on the belt course alone at the home of William Paca exhibited the finest brickwork, thus wealth.

Orlando Ridout V, Maryland’s most talented architectural historian (formal title: Chief of Research, Survey and Registration, Maryland Historical Trust), died April 6 at age 59 of pancreatic cancer. I was fortunate enough to have been his student. I met him 20 years ago when I worked as an executive director of a nonprofit historic preservation group in Frederick, Maryland. He was speaking at an 18th century building. He looked like a lumberjack from a 70s maple syrup commercial: flannel shirt, work boots, full beard/mustache/shaggy curls and glasses. His passion, interest and knowledge of historic buildings was inspirational and contagious. I set about researching, documenting, and fighting to preserve historic buildings in the area, serving on the county’s first historic preservation commission.

Orlando and I had a deal. I’d get him access to buildings (particularly 18th century buildings; he forever mocked my admiration for Victorian "machine-made" architecture) he wanted to see the interior of, and he’d let me take notes and pictures while he did it. He could date a building to within five years of its construction by the simple examination of a single nail in a cellar beam. I quoted him in Baltimore Sun newspaper articles about old buildings, and he gave me the greatest gift of all: the chance to take his architectural history graduate class at George Washington University. You won’t find me on any class rosters. Once in awhile he’d just let someone with overflowing passion audit the class, and I was lucky. I’ve never gained so much knowledge about anything as I did during that one semester. It wasn’t about getting credit, it was about learning.

Orlando helped me when I needed guidance in listing my current town (Centreville, Maryland) on the National Register of Historic Places. I helped arrange house tours for him when he brought his graduate school class here to town. He had a soft spot for Centreville, having done the historic sites survey work here back in the late 70s. He was working on the Queen Anne’s County architectural history, and he hired me as a contractor to take photos of which buildings in the survey still stood. He wanted me to take black and white, print photos. I convinced him we needed digital, and our county became the first in the state with inventory properties to have them.

When my daughter’s class climbed onto a boat to cruise around the harbor the other day, another mom, who happens to work at the Maryland Historical Trust, gave me the news about Orlando's passing. Hiding tears behind my sunglasses, I was grateful I didn’t know while I was touring those Annapolis streets, already continually hearing his voice in my head from the last time I’d been to those buildings with him two decades ago.

A brilliant, engaging storyteller, Orlando was full of hilarious old tales about buildings and people. If he didn’t like you, he really didn’t like you, and I loved that honesty. He didn’t teach by telling, he taught by showing. We’d stand in front of a 1790s building with a seam down the center, and he’d ask which half was older. I knew how to see that because he’d taught me how to look. I’d ask about the date on a piece of chair rail molding, and he’d shine a flashlight across it and tell me to guess it.

I mentioned brickwork to the tour guide on the walking tour a few times this week, happy I retained the terminology and identification skills given I don’t work in the field. By the end of the tour he said he’d really like to learn more about Flemish Bond.

But now the guy who knew it the best is gone.