Is the election of Gregg Bernstein as state’s attorney a sign of hope and encouragement to others who might want to challenge established incumbents? 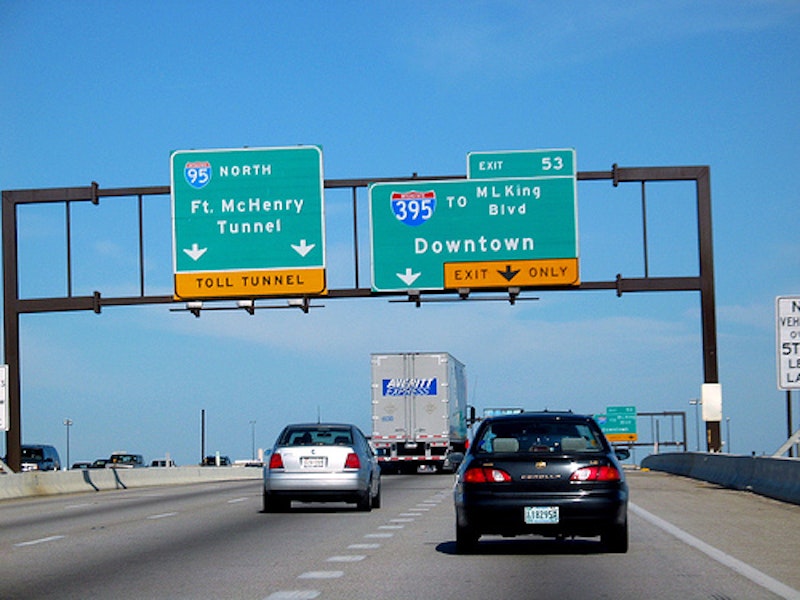 With one election down and another just ahead, the pregnant question hovering over Baltimore City is whether the election of Gregg Bernstein as state’s attorney is a sign of hope and encouragement to others who might want to challenge established incumbents. Or was Bernstein’s well-financed dash to victory merely a one-time flash-in-the-pan aberration that is unlikely to be repeated in a year when virtually the entire city government is up for election?

The most likely test case will come in the form of a challenge to City Council President Bernard C. “Jack” Young, who appears to be the most vulnerable candidate, second in the pecking order of city officialdom and elected by his Council colleagues. And the person most likely to assume the task of replicating Bernstein’s fast and furious campaign is City Council member William H. Cole IV, who represents the newly resurgent South Baltimore and is a close ally of Mayor Stephanie Rawlings-Blake. Cole sought to challenge Young when Rawlings-Blake moved up a notch following the decapitation of Sheila Dixon but sentiment within the Council clearly favored Young. Next year the city’s voters will decide.

Baltimore’s demographics are changing rapidly and dramatically. The shift is generational as well as racial. Blacks are abandoning the precincts of West Baltimore for the suburban warrens along Liberty Road and Randallstown and as far out as Owings Mills in Baltimore County. And on the East Side of town, blacks are pushing out toward White Marsh. Baltimore County over the years has experienced the largest growth in black population of any non-black county in the nation.

At the same time, whole new areas of Baltimore are being reborn around the rim of the Harbor and are populated by youthful white professionals—The Otterbein, Federal Hill, Key Highway, Harbor East, Fells Point, Canton and Federal Hill, the entire pricey ring around the harbor. It was in these areas, as well as in Roland Park, where Bernstein established his base and his ground game. And in defeating Patricia Jessamy after 15 years in the state’s attorney’s office, Bernstein even carried 30 percent of the vote in black precincts.

While this was happening, an outlier named Bill Ferguson accomplished the unthinkable in the same political playground where the Ritz Carlton and Whole Foods have supplanted the Stonewall Democratic Club. Ferguson, a 27-year-old school teacher, upended Sen. George Della who had been a lawmaker from South Baltimore for 34 years. The constituency of Bernstein and Ferguson also happens to be Cole’s base of support as well. And to turn the screw another toothsome twist, no one is quite sure where the idiosyncratic Young lives. He claims to own homes on E. Madison St. and around the corner on Central Ave., both in East Baltimore’s 12th District, which he represented before his elevation to Council president. By his own testimony, he sleeps in one, or the other, as the occasion or sentiment demands. Bedfellows make strange politics.

The dynamics of next year’s municipal election will be totally different from this year’s statewide primary election when Bernstein and Ferguson won easy victories. It was the first test run of early voting in Maryland and the overall turnout was dismally low. But more than anything else, Bernstein launched a late and aggressive campaign that caught Jessamy completely unsuspecting and off guard, leaving her unprepared and unable to mobilize a late campaign.

Even a late endorsement by 200 black preachers failed to rally her normally reliable base of black women voters. The state’s attorney is considered a state office and Jessamy was the only city official on the ballot with no ticket-mates to reinforce her candidacy and energize supporters. There is no indication at this time that Rawlings-Blake will welcome Young on a ticket as she and Cole are allies. Left to run on his own, Young would be more vulnerable to a challenge and exposed to a difficult and expensive campaign.

The reverse of the argument is also valid. The time was hospitable for a Bernstein campaign and is unlikely to be duplicated any time soon in a city that clings to tradition as well as its elected officials as long as they pick up trash, plow snow and don’t screw up. Jessamy had been in the state’s attorney’s office for 15 years, originally appointed to the top job under the patronage of Mayor Kurt Schmoke (a.k.a. attorney Larry Gibson.) She seemed blissfully disconnected from the job and during her campaign she sounded more like a social worker than a prosecutor.

Several times when he was the crime-fighting mayor, Gov. Martin O’Malley publicly scolded her, once telling Jessamy to “get off her fat ass” and try some cases. He also once drew a series of stick figures to illustrate for Jessamy how the criminal justice system works. O’Malley, as a parting flip of the bird on leaving for Annapolis, also increased the state’s attorney’s salary to $250,000 to encourage a high-powered challenge of Jessamy. Bernstein accused Jessamy of never having been in a court room. Jessamy argued back that she was too busy running the state’s attorney’s office. Jessamy was, without question, vulnerable to a hard-charging campaign.

But the disintegration of clubhouse politics is occurring in black precincts as well as white. The dominant old black leaders such as Del. Howard “Pete” Rawlings, father of the mayor, William “Little Willie” Adams and Ray Haysbert have disappeared and left an estate of functions that nobody has claimed or is able to fulfill. And most of the voting strength in the black community resides with the bloc of women and the leadership of the churches. Even the long-standing rivalry for leadership between the black political organizations and the faith community appears to have diminished, with a handful of major churches assuming a commanding role.

Baltimore, nonetheless, still has a black population topping out at about 68 percent. But as the post-civil rights era, the fierce wave of anti-government sentiment and the new age of austerity intersect, the color of a person’s skin, as Bernstein’s victory suggests, may not be as important as a candidate’s ability to do the job.