There Is Always Life

On Miroslav Holub's "In The Microscope." 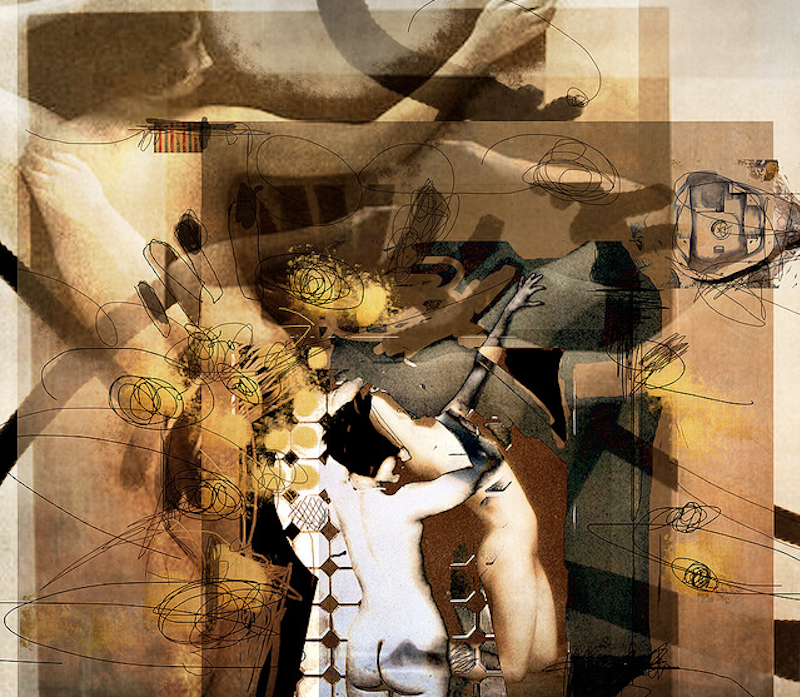 Here too are dreaming landscapes,
lunar, derelict.
Here too are the masses,
tillers of the soil.
And cells, fighters
who lay down their lives
for a song.

Here too are cemeteries,
fame and snow.
And I hear murmuring,
the revolt of immense estates.

Cells are compared to fighters; the struggle of being human compared to that of survival by a simple cell. In this line alone lies so much about the human condition. All the conflicts of history are reduced to the war of proliferation, to the objective of making one cell become two. Each cell fights for space among the organism that holds it, and so we humans, too, fight for space, for a morsel of future, fight for the right to expand.

Or, it could be argued, that the cells' activities are raised up to human level, that all battles are equally important. The war of the cells should not be overlooked as in many ways this is the most important battle of all: the war of evolution. It is the simple cell that has shaped our planet; the individual nuclei that have fought it out in silence since the dawn of calculated time.

These cells who “lay down their lives for a song” are much like the humans who at periods throughout history have relinquished the warmth of families, the comfort of handing their genes down to forthcoming generations, and who have marched off into sunsets singing songs written by their arbitrary nations; laying down their lives for a transient social organism still only on the brink of being understood. A nation, much like a Petri dish, holds armies of humans within a controllable space.

In the phrase, “Here too are the masses,” Holub seems to forego any hope for the individual, deny any importance to our personal goals. Humans are reduced to a single objective, that of all living things, to remain and to procreate. Lives are reduced to the tilling of soil; contained in those few words are the essence of so many human lives. The “tillers of the soil” are all human tribes, races, castes, classes; all in their own way have tilled to survive, have turned over the Earth's coarse material in order to find something precious, edible, strong. In much the same way that the cells are tilling; eating, dividing, consuming each other.

Holub also implies that cells might be dreamers, the absurdity of this suggestion thus making one alive to the absurdity in his own dreams or, put more basely, the absurdity of humanness per se.  The landscape of these dreams, “lunar, derelict,” immediately throws us off guard, questions everything we believe in.  Because what are beliefs if not dreams had thousands of times? Human landscapes are as derelict as a scientist's slide—transparent and empty—with only dreams to provide the shades.

Repeated comparisons between single cells and the complex organisms that have become us serve to highlight the absurdities of our culture and the very nation of culture in general. Our traditions, heritage, complex rituals, are all ridiculed here under the microscope. All our complicated dances and wordplay become nothing more than genetic mutations; mere aberrations distracting our molecular components from their humble cause.

Even the title of the poem, “In the Microscope” seems to reflect this, seems to subject human civilization to closer scrutiny. This title, seen as a summary of the words beneath, emphasises that aspects of our existence are in dire need of inspection, so many questions are still unanswered. In the Czech Republic at the time of its writing, the human condition wore a face to be ridiculed, wore a look of obstinate defiance that needed the mightiest of microscopes to stand trial against, and the “revolt” of the final line was no doubt at its most pertinent.

The final stanza begins with a view to the end. If the first stanza described life then this second stanza describes a death of sorts; be that the death of an individual or of a certain way of life, of liberty or of freedom. “Fame and snow” are referred to in close proximity, perhaps suggesting that fame itself is a death of a kind: once famous we freeze over, lose something essential of our nature, fail to be truly human. “Fame” at the time would have been harshly Soviet and no doubt involved a lot of selling and bending of one's moral code. The “cemeteries” of fame and snow are perhaps the dual killers of recognition and of winter. A harsh Eastern European winter or the winter of culture/literature imposed by the Soviets? A winter of the soul.

Despite restrictions that may be imposed on the human from the outside, there is always life. There is always that element of the unexpected; one particle that finds itself misaligned and heads off on some new trajectory. Beneath the snow, behind the fame, from the depths of a darkest winter, from the edge of a microscope slide; “the murmuring of immense estates.”

In this final line is contained all Holub's hopes for the future and all his faith in that which has gone before. Because even the poet—the writer, observer—finds himself on the Petri dish once in a while. The poet finds himself unable to escape the slide that binds him, unable to remove himself quite the distance he requires from the society he tries his hardest to understand. The poet, anthropologist of words, finds himself, in the end, a slave to those same superstitions that affect all the others. He finds himself too dreaming, tilling, and laying down his life for some melody that haunts him. The poet surges, revolts: although one believes the poet's murmur is perhaps a different pitch from that of the cells to either of his sides.