The Revolution Will Be Vlogged

The Internet has slayed journalism. Is the written word next? 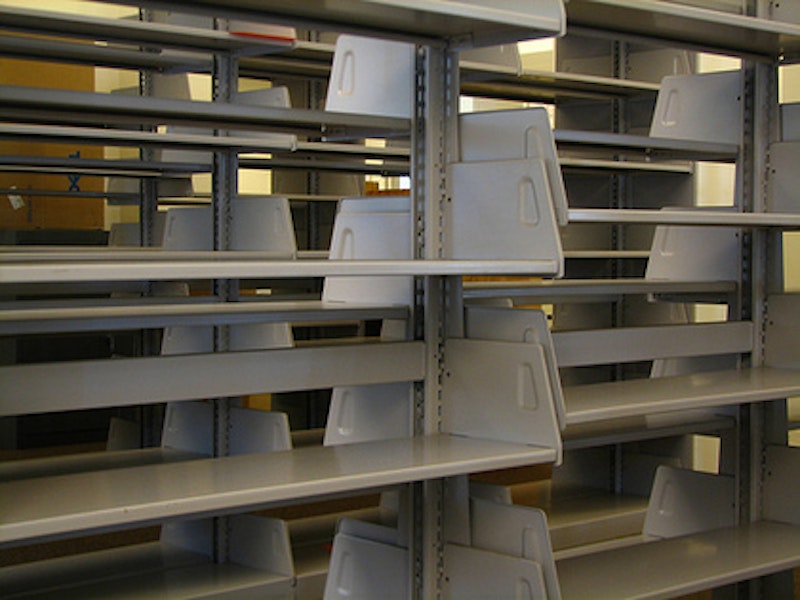 The death knell has rung across the plains of the rusted, once-mighty Midwest. Ding dong, the Trib is gone. The Big Three may be collapsing, but in Detroit, the big two are contracting. It was just a matter of time before Slate published its expected “Journalists are covering the death of journalism too much and as journalists we’re covering that” article.

We all know the culprit. Internet killed the print media, the same way that the digital camera killed the photo developing shop or music downloads killed the CD shop. If you want a delightful, brutal example of the Internet’s effect on modern commerce, check out Sam Goody’s online store locator.

This is only troubling in the way that all progress is troubling: because it sucks to see what you know taken away and some new, foreign interface. It’s like being forced to learn a different language.

But you know, screw that. Talent, intelligence, adaptability, innovation, foresight—these are the necessary tools to be successful. This is by no means a new concept. The New York Times, struggling as it is, will maintain—and honestly, probably increase—its status as the rest of the U.S. papers falter. Honestly, it has the best website of any mainstream media publication I’ve come across. It’s accessible, but still maintains an official-looking—i.e. professional/not glitzy/not too bloggy—feel. It integrates video, audio, links, feeds graphics, and whatever little Internet doohickeys are part of this new wave. It isn’t on the cutting edge, just as I may not be in 20 years, but it knows it can adapt, and it will. The same goes for a paper like The Washington Post, which bought Slate, a place that always impresses me for its savvy, partly because it’s been around a lot longer than you would think it has. It may not be the future they planned for, but they’re moving there.

My favorite blogger is Michigan football blogger of record, Brian Cook. Nonbelievers in the Internet’s potential need look no further than this, a full realization of the beautiful, the sad, the powerful, the future. He may write about college football, but he also writes about things like the experience of being in your twenties and the rise of blogging and fall of print media with the best of them. That last post that I linked to, though—this one—struck an odd chord with me.

A few months ago, I sat down and had lunch with one my favorite teachers that I’ve ever had and possibly the only one that I’ve ever really gotten to know on a personal level. He is a high school English teacher and the conversation we had about writing, careers, and moving forward was probably one of a few pretty big sparks that led to the decision two months ago to pack up my car, move back here to Michigan, leave home forever, write, and figure it all out.

I don’t really know what that “it” is. I don’t know what I want to do other than write, but I’m not crazy enough to think that it’s the most easily employable skill. But writing is still the one thing that I am sure of, the one thing I know I love.
Imagine, then, what it would be like to have a conversation with your favorite teacher-an English teacher, mind you-about your favorite thing, writing, and have him tell you that he thinks that thing might become obsolete within my lifetime. That's right, my English teacher told me he thought that the written word would be disappear, replaced by the real Internet star, video.

It isn't as far-fetched as it seems on initial impact. My first response was simple, "No way. We are taught writing in school, the schools will never let it die." He told me that each year he integrates video-and video interpretations of classics like Hamlet-more and more. Eventually, if we can just tell our computers the information we need and they can reply with a quick audiovisual answer, then we have no need for writing. Video integration has been key to the rise of online media, but pure video has become the true driving force with the YouTube revolution taking over even presidential debates. What I sometimes think Brian Cook misses is that once the Internet technology really catches up-and it hasn't found a way to package video in as attractive or navigable a way as it can package words-he won't be able to write column posts anymore, he'll have to get himself in front of a camera and speak and use clips because the writing will become increasingly unimportant.

The reality is that writing as a communicative form will probably never die out, but with video lurking, writing as a true form of entertainment or source of information may be on the serious decline. I probably read more now than ever before, since the Internet has taken over my life, but I'm a reader and a writer-I love words. The Internet may become a last refuge for writing, and the Brian Cooks of the world will be able only to exist in niche Internet spaces as video controls the rest and slowly edges out the writing, obscuring it further. It isn't that hard to believe.