When local events interrupt your Bermuda vacation, you'd better get ready for some mediocre Irish food. 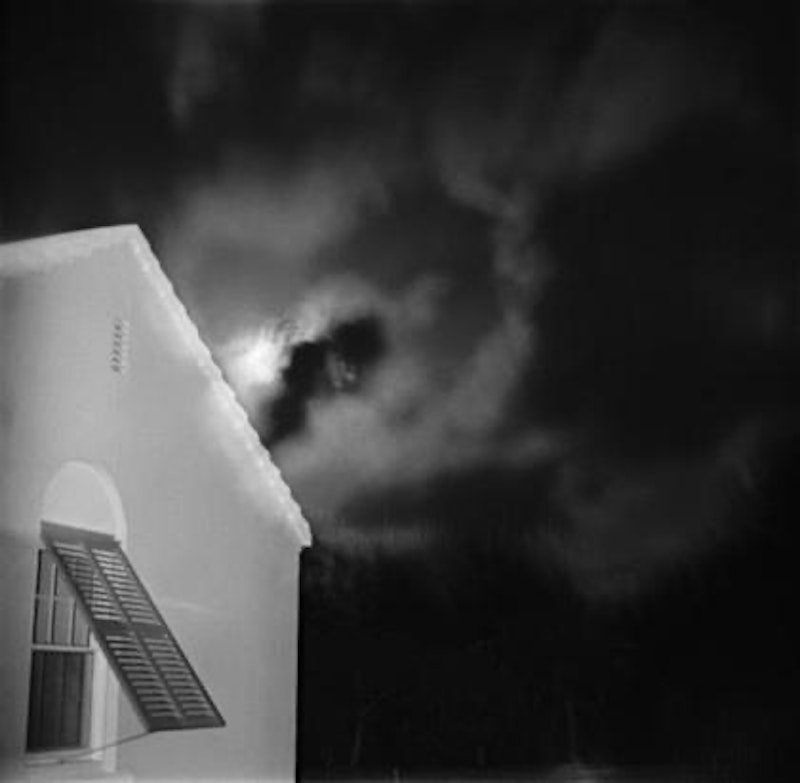 When making travel plans, I’m rather lax about investigating as to whether any peculiar holidays or traditions might interrupt the normal flow of a city or resort. This comes up more than you might think: for example, while on a road trip with a high school buddy to Toronto many years ago we hadn’t realized that July 1 was Canada Day and as a result museums and many retail outlets were shut down for 24 hours. As someone who’s spent a lot of time in London and Dublin—especially when the dollar was actually worth something—I’m well aware of the grinding halt to everyday life during the interim between Christmas and New Year’s, and make adjustments.

Upon spending that holiday season in Vienna with my wife in 1990, however, I was negligent in discovering that when the clock hits midnight on Dec. 24, that city too becomes deserted, and not just on Christmas Day. Vienna’s an architectural wonder, but it would’ve been a bit more convenient if some cafes and restaurants (other than our hotel’s) were open so that we could take a break from very cold walking tours. As it turned out, we spent way too much time with the hotel bartender, a loquacious German who was a self-proclaimed expert on the different varieties of schnapps and making delectable red cabbage from scratch.

Last weekend, a new monkey wrench was thrown my way when our family visited relatives in Bermuda, a short trip (from the East coast) we’ve made countless times. When my nephew picked up the four of us at the island’s very tidy and very strict airport and we drove away, something seemed out of the ordinary—there were makeshift shantytowns set up along the road, populated by the kind of rough customers you don’t usually see in this relatively affluent UK territory—and I asked him what was going on. “It’s the Cup Match, Russ, didn’t my dad tell you about it?” Well no, but as a summer resident who travels to the hub of Hamilton just for errands, why would he?

Cup Match, a cricket contest between the rival clubs Somerset (west end of the Island) and St. George’s (east end), is actually the most celebrated holiday in Bermuda and shuts down everything for the two days of the sporting activity—cabs are nearly impossible to find, hotels work with skeletal staffs—and the two following days are hit or miss. Locals take this equivalent of the Super Bowl very seriously, as The Royal Gazette’s columnist Adrian Robson, bemoaning a rainstorm that may or may not have affected the outcome, explained: “If Cup Match were stretched to three days with play continuing on Saturday, wouldn’t it be better for both the clubs and the spectators? Cricket has always been a battle of wits. It wasn’t meant to be decided by the players who can slog the most sixes in shortest period of time.”

Fortunately, my brother’s house is sufficiently large to accommodate guests, and for the first day of the brief trip we were content to swim in the pool, play croquet and natter on topics far and wide during a barbeque. His house overlooks that of New York Mayor Michael Bloomberg’s, although the quirky billionaire is rarely sighted, even though Manhattan’s tabloids enjoy a running joke about how much time he spends at this getaway. That night we all watched Dirty Harry on DVD, and aside from marveling at how young Clint Eastwood looked, the four cousins (ages 13-20) were slightly baffled when my brother explained that when the film was released in 1971 a typical hippie or longhair wouldn’t be caught dead in a theater showing an Eastwood movie. He represented The Man, a sort of junior John Wayne who didn’t gain any cred for another two decades.

One of my sons, anticipating this trip for the past month, was strangely intent on patronizing the gaudiest souvenir shop in Hamilton, Onion Jack’s, saying he was going to get a t-shirt with the store’s pirate-based logo and a bottle of hot sauce. As I’ve written before, I’m no slouch when it comes to collecting do-dads (what some people call “junk”) from different vacation spots, but as I had my fill of Onion Jack’s years ago, I wasn’t too excited about this particular mission. Nevertheless, when we made the 25-minute ride to the town last Saturday (St. George’s had retained the cricket Cup on Friday), there was no way of telling what would or would not be open. As it happened, Onion Jack’s was in full-bore tourist mode (although the store was nearly empty), and so my son picked up his shirt and sauce and we went looking for lunch. (Ironically, at the airport a few days later, security confiscated the bottle of hot sauce since it exceeded the 3.5 oz. limit, which was just another example of the random rules that are followed, or not, by a bored crew. For example, I tossed my Bic lighter—once a cardinal sin on flights—in my briefcase and it came through the x-ray machine without a peep.)

It wasn’t easy finding a restaurant that was open—The Lobster Pot, one of the better seafood joints, was shuttered—and after a half hour or so we settled, incongruously, on an Irish pub called Flanagan’s. At one p.m. it was packed, mostly with guys already on their fourth or fifth round of pints, and we were seated right next to the kitchen, which turned out to be pretty interesting. A quartet of uproarious Irish guys seated next to us, while keeping one eye on a NASCAR race on the tube, couldn’t manage a sentence without the word “fuck,” and the waitress and owner, who were well acquainted with the fellows, kept apologizing to us for the language, which was no skin off my nose, since their slurred rants were pleasantly fascinating. The food itself was forgettable: one of Bermuda’s few culinary specialties is the fish chowder (fortified by a dash of rum and pepper-spiked sherry) and Flanagan’s version was third-rate, as was most of the fare we ordered. That was irrelevant, however, since the atmosphere was so joyous that I couldn’t stop chuckling.

According to the Gazette, Bermuda’s Tourism Minister, Ewart Brown, has issued a somber warning that vacationers to the island are way down this year, owing to America’s wobbly economy and faltering airline industry, and the usual level of tourism (which the island depends heavily on) isn’t expected to increase until sometime in 2010. Not surprisingly, that’s led to a larger contingent of grifters and down-on-their-luck men looking for suckers on Hamilton’s main drag of Front St. This was fairly strange, at least judging my eight or so visits to Bermuda over the years. After all, this destination isn’t like, say, Cairo or Montego Bay, where, once removed from the cloistered confines of a hotel you’re immediately set upon by dozens of untrustworthy “guides.” One man, perhaps in his 30s, staggered over to me at one point, shoeless and barely coherent, and offered to hail us a cab, even though the taxi stand was across the street. I went along with the con, gave him five bucks, and we went on our way.

The next night, driving on South Rd. with my nephew again at the wheel, his mix CD blaring, we passed an ugly incident near John Smith’s Bay, where cops were having at it with some unruly, bat-wielding Cup Match revelers who’d set up a tent on the lawn next to the road. This was certainly a side of Bermuda I’d never seen—and probably won’t again, since I’ll plan visits that circumvent Cup Match weekend—but I can’t say it wasn’t captivating.