Eight words or phrases that we'd all be better off without. 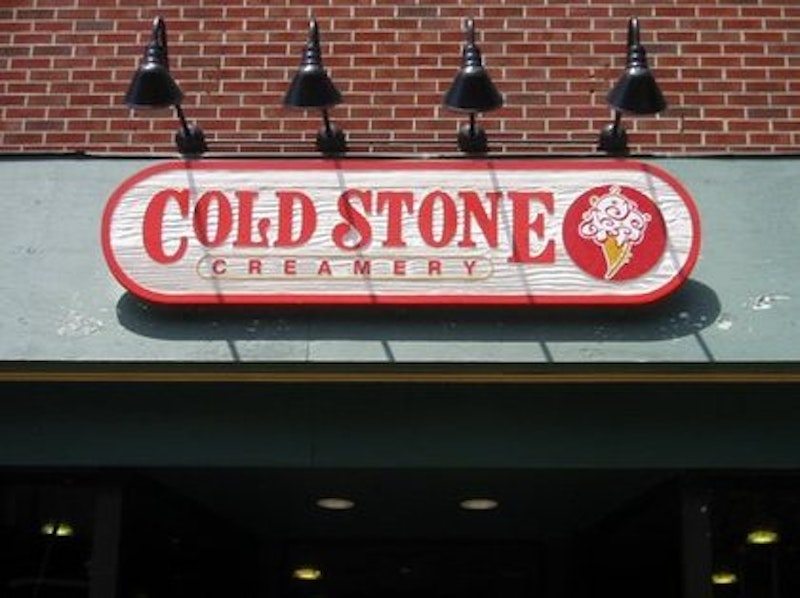 Munch
Example: “Hey, you guys want something to munch on?”
We do not need a cutesy synonym for the word eat, especially one that tells us next to nothing about why the action differs from eating. I suppose munching connotes a protracted devouring of the food in question, which reminds me of a young woman who would take an entire 50 minute language class to eat a bagel, loudly and precisely chewing each tiny mouthful until it must have been a silky-smooth sesame paste. So perhaps really I object to the idea that people would munch things at all, but let’s just cut the word out and see where we go from there.
Alternatives: eat.

Bleeding edge
Example: “A bleeding edge social networking utility with excellent cell phone support.”
Irritating phrases emerge from the intersection of technology and marketing like devils trooping out of Cocytus. “Bleeding edge” fills me with loathing for two reasons. One, it replaces the perfectly good dead metaphor “cutting edge.” We hear cutting edge far too often for it to mean what it says: that what it describes really resides on the sharp edge of technology as it slices into the tissue of the future. At least cutting edge doesn’t aim for the extreme, which brings me to my second point—"bleeding edge" (ostensibly a term of marketing and selling) conjures the unpleasant image of a blade biting into living flesh. Of course on a basic level the phrase doesn’t even make sense—the edge does not bleed; it bloodies itself in the body into which it cuts. So it combines vapidity, a lack of meaning, and a noisome association into one perfectly loathsome non-witticism.
Alternatives: advanced, novel, new.

Can of whoopass and relatives (esp. break foot off; most ass-compounds)
Example: “Time to open up a can of whoop-ass!”
“If you don’t stop munching on my bleeding-edge networking utility I’m gonna break my foot off in your ass!” Ah, the ass. I do not in theory oppose the use of the word ass, or phrases that refer either to the human fundament or to the animal that shares its name. Again, it is the rapidly dying metaphors that use the word “ass” that really irritate me. The can of whoopass actually works well as a metaphor. We can picture a can, and we can picture the violent shaking and opening of the can drenching the speaker’s opponent. We nonetheless do not need to hear it again, especially since its use usually has nothing to do with actual physical violence (much like the older phrase “kick [someone’s] ass”). In threats, it usually serves as nothing more than an expression of current anger and a promise of more to come. Its more complicated sibling, “I’m gonna break my foot off in your ass” means much the same thing (I will become angry with you and may chastise you) but makes the promise more vividly, and with greater reference to the sights and experiences of the human asshole. As with “bleeding edge” this phrase has emerged into the public mind without precisely making sense. If I were to break my foot off in your ass literally, I would be hopping around on a bloody stump, while you would merely endure an embarrassing visit to an emergency room or you family doctor.
Alternatives: “I am very angry right now”; “fuck you.”

“We work hard and we play hard”
Example: self-explanatory
I have heard this phrase in school, in college, at information sessions for various corporations (oddly enough never in grad school—no one apparently believes that social science grad students either work or play hard). Usually people deliver this with a certain knowing glee, as if their in-group is the only one in the world to follow this crazy, extreme way of life. Oy vey is mir. Work hard I understand—what exactly is “play hard?” If you are a professional athlete I assume that you can accomplish both halves of this phrase simultaneously, but what about college students and corporate employees? Is this why my friends frowned and carped when people showed signs of fatigue after drinking from before dinner until four a.m.? Were we playing hard because we had worked hard? Could I have written off my Johnny Walker-related expenses on my taxes? Does playing hard mean socializing for a long time, like some kind of conversational marathoner, or talking really loud or with a huge number of people? And why exactly would this balance out hard work; wouldn’t almost anyone prefer to work hard and then play gently, or get some sleep?
Alternatives: “Many of us are borderline alcoholics or manic depressives.”

Bling/Blingin’/Blinged Out
Just stop with this. Unless it’s actual diamonds and you have a record contract, just say “gaudy.”

Non-standard names for cup sizes
Example: “I’m sorry, do you mean Venti?”
Okay, everyone knows about Starbucks’ precious, unique cup sizing system, and by now most baristas (should we hate the word “barista”?) respond politely if you ask simply for small, medium or large. This is old news. But the practice has spread to Cold Stone Creamery, whose sizes are too embarrassing to say out loud: “like it” “love it” and “gotta have it.” They came for Cold Stone Creamery and I didn’t say anything, because I wasn’t a fan of ice cream that tastes like chewing gum and diabetes; but then when they came for me there was no one left to speak out. Help end the cycle of violence.
Alternatives: Fat, fatter, bedsore. Or, you know, small medium and large.

Data as plural
Example: “The data are stored in this here filing cabinet.”
Oh science types! You are so cute with your substantial grants and your people who actually listen to your discoveries! But let’s cut this shit out. Data, grammatically, can be both plural and singular, but every single normal person uses it in the singular. I know that data is the plural of DATUM OH GOD YOU’RE SO SMART AND PRECISE I LOVE YOU IF I WERE A GIRL I WOULD TOTALLY TOUCH YOUR JUNK! But using the plural is the equivalent of pronouncing “Puerto Rico” in Spanish and then smirking. Yes, you’re right, but no one is impressed. Which sounds weird to you: “The data shows that we need to buy a whole lot more staple guns,” or “The data show that we need to buy a whole lot more staple guns”?
Alternatives: evidence. Or just use it as a singular noun.

Anything precise to do with medicine that replaces a commonly used English word
Yes, we know you’re related to a doctor or you watch House every week—don’t refer to a heart attack as an “MI” or the Emergency Room as the “ED” (D is for department; nothing to do with erectile dysfunction). As in the previous example, this specialized knowledge is so special that anyone with the Internet may access it. Would everyone be super-excited if I announced, “Well, I’m visiting my paternal affines and cross-cousins for ritualized prestation this holiday season!” Possibly, but they would not think I was smart and interesting, they would think I’m a weird-talking overeducated turd. Don’t let the same thing happen to you.
Alternatives: regular words.