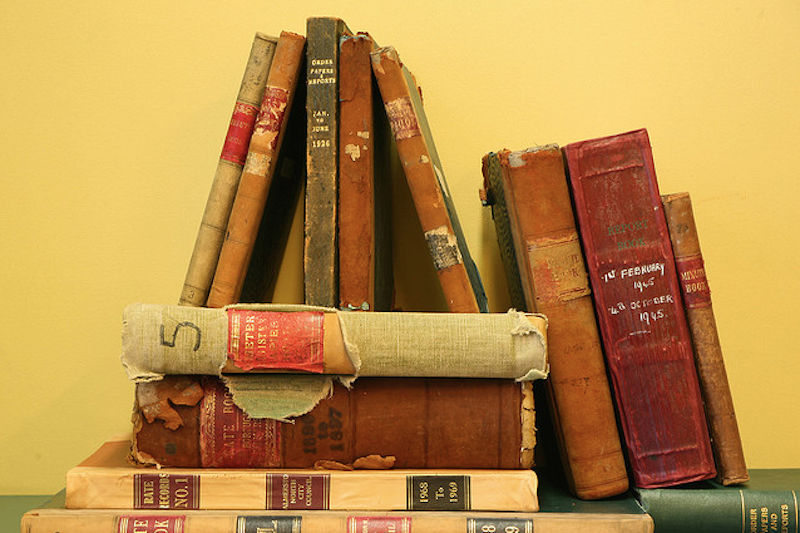 Less “the story of Grunge” than “Grunge: the Prequel,” The Strangest Tribe is a granular study in stage-setting—Stephen Tow’s exploration of the various conditions and coincidences that made the late-1980s/early-90s Seattle rock eruption possible to begin with. After conducting rafts of interviews, parsing countless fanzine and newspaper reviews, and probably coming away with tinnitus, the Delaware Valley College professor emerges with a portrait of the varied, nascent freak scene that would eventually spawn Pearl Jam, Alice In Chains and Soundgarden. It’s the kind of history wherein misfit groove units like the U-Men, enterprising goof-offs like the Squirrels, and crowd-baiting punks like Upchuck and the Fags matter more than The Melvins, where a guy like Skin Yard’s Jack Endino isn’t so much “the producer of Nirvana’s Bleach” as he is a sort of all-by-his-lonesome Northwest cousin to Glenn Branca.

After approaching Seattle from a geographic perspective—divvying up the region into enclaves and class structures, hinting at resentments simmering at the fissures of scenes—Tow leads us forward year by year from the late 70s. Venues like The Bird and Modern Productions usher in first-wave punk; Evergreen University’s radio station turns eclectic; the Deep Six compilation forges a sense of regional identity; Mudhoney’s uncompromising noise-pop defines the titular genre. As 1989 faded into 1990, the garage rock of Girl Trouble and Gas Huffer gripped Seattle; it was on the verge of eclipsing grunge’s metal-punk hybrid when Nirvana exploded into national consciousness. Informative but not slavishly so, Tribe serves as a sober, even-handed primer for an era in Seattle history that many have forgotten, if they were ever aware of it.

You may recall Tim Kinsella as the public face of polarizing 90s emo bands like Cap’n Jazz and Joan of Arc. At some point in the future, you may remember him as a master prose portrait artist, a detail man with an ear for dialogue, a Picasso of apparently insignificant moments that feel fleeting while they’re happening. Sometimes roughly and sometimes with a startling tenderness, his debut The Karaoke Singer’s Guide to Self Defense traces the branches of a stunted family tree in the years preceding and the days immediately following the funeral of its matriarch. The strained relationships between her three sibling grandchildren—the sawed-off middle-class douchebag, the stripper-turned-bartender living through the aftermath of an abortion, the retired, anti-social brawler somewhat reminiscent of Ed Norton in Fight Club—seed the narrative’s primary tensions. Yet there’s a subdued ebb and flow at work here, an expository holding-forth so sustained that the story often seems in danger of losing its pulse: as Kinsella fleshes out his main and secondary characters and demonstrates his able facility with descriptive prose, nothing much really happens. Brilliantly delineated and heartbreaking, even the depressive subplots seem to shrug up at the reader from the page. One comes away from Guide less transformed than altered, transported by the melancholy mood, put in mind of how homecomings fail to match up with our memories of immortal youth, how easily hopes and dreams tremble and shatter, how irreversible infrastructural decay seems escapable in some corners of America. Mortality reigns, and settings are as alive and deceptive as those who people them: “Streets shot off and hid around bends under thick trees.” Guide is Kinsella leaning into his authorial rhythm, if not quite embracing and waltzing with it yet.