Not So Far From the Madding Crowd

Soon your sexual identity will cause no more thought than the fact that you're right-handed and have brown eyes. 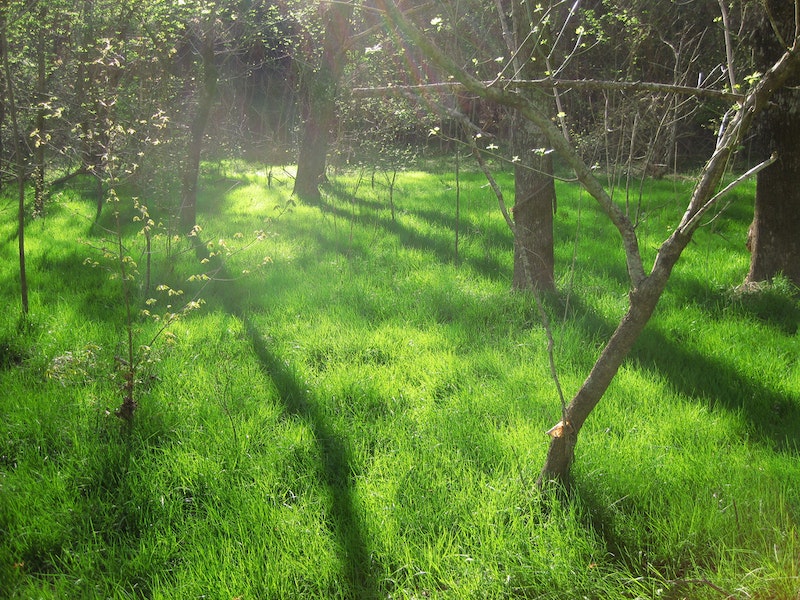 A lot has changed over the past few months, and mostly in a sunny-side-up way. I was fired from a job I liked only because it was at an art gallery, which allowed me to say that I worked at an art gallery, which I did, until I didn't. Getting fired didn't blacken my mood much, since I’m used to being fired and because what they considered tardy, I considered making my own schedule---a difference we couldn’t resolve. After that, I spent a few weeks knocking on doors for the US Census. As much as I wish I had been assigned to a wealthy neighborhood with plenty of attractive women with civil servant fantasies, people in those neighborhoods apparently send their census forms in, so I spent a month in neighborhoods that smell overwhelmingly like fried foods.

The census might actually be the best job I’ll ever have: I was completely unsupervised. There was no one to tell me what to wear or when to show up and I got to look in peoples’ windows. I threw in my own questions like "did your parents spank you?" and "what's your favorite food besides pizza?" After the census ended, I got a real job with fluorescent lighting and my own desk to take naps under. Granted, my job is so boring that it feels like I live in an LA traffic jam where all the radio stations play light jazz, but everyone in the office eats Lean Cuisine and we have casual Fridays, so I finally feel like a grown-up.

Shortly after I got my new job, I moved 25 miles and 250,000 people away from Carrboro, North Carolina, my home for the last three years, to Durham, the nearest city over. It’s not far, obviously, but it is different. I expected this from demographics alone—Carrboro is 90 percent white, for instance, and Durham has no clear racial majority. While this may not be notable to some people, I grew up in a rural county in the Blue Ridge Mountains, and since then I've lived in quasi-liberal cities and towns where we vote for citywide propositions declaring that while the United States may be engaged a war against terror, we, the citizens of Asheville or Portland or Carrboro, are not. And though living in places where everyone is just like me—where we are diverse only in the sense that there are lots of vegan restaurants—is easy and comfortable, I'm excited to live somewhere with more strangers and fewer white people.

What I didn’t expect was how gay Durham would be. If Carrboro is gay, and it is, Durham is downright homosexual. It’s common to see two women or two men holding hands; not even people leaving church or smoking cigarettes outside the chicken and waffles place pay attention. Like all gay cities, Durham is gay because we congregate together in places that are safe and easy. But our numbers grow not just because we travel in packs, but also because we recruit. We are like Mormons without the virginity or the woolen underwear. We go into the world and proselytize and convert. You move to Durham with a boyfriend and then find yourself getting coffee down the street when there's a fresh pot at home because the barista’s smile makes you purr inside.

Whereas having black and brown neighbors is new to me, being surrounded by gays is not. Since my first girlfriend almost a decade ago, my friends have been overwhelmingly queer. When I was a baby gay, this was exciting. I was enthralled not just by my first girlfriend, but also with the queer community itself. All I thought about was being gay. I wanted everyone to know. I introduced myself by saying, “Nice to meet you. I’m gay.” I used any opportunity to mention my girlfriend, who I started calling my “partner” because it seemed even gayer. I took classes in queer literature, listened to queer music, and joined queer organizations. This habit, annoying to my straight friends and anyone else who doesn’t appreciate the self-involved nature of the newly out, lasted awhile. I embraced and advertised my status as an outsider. And I explored. A lot. Meaning, after my first girlfriend and I broke up, I became more of the sleep-around-type than the girlfriend-type. It’s been that way since.

That’s is another thing that has changed since I moved here. I am terrified of roller coasters and fireworks and squirrels and, especially, of relationships. While I am by no means a talented Casanova, I was unabashedly promiscuous when I lived in Carrboro. This isn’t because I don’t enjoy the solidity of relationships: I just don’t believe the adage that it’s better to have loved and lost than never have loved at all. People tell themselves this when they shake and cry with an unending sadness after a breakup. I would rather have a slumber party with Dr. Laura than go through an even minor breakup. My version of dating is usually limited to texting girls from bars to drive me home and make out with me while I fight the spins and insist that I’m not drunk. I didn’t anticipate changing this part of my life with a change in location. If anything, I looked forward to being the new gay in town, with new mistakes to make and fresh people to make out with. But, because these things happen when you’re not looking for it or when you don’t want it, I met Emmy.

While sharing my bed with the same person most nights and not hiding under my pillow in the morning is atypical for me, Emmy is exactly the type of girl I’ve always pursued; that is, straight. When I met Emmy, I assumed she was queer because she has short hair and tattoos and lives in Durham, but the friend who introduced us said that Emmy was gay in aesthetic only and not to bother. But I did bother, and three days after Emmy moved to Durham, we were holding hands and even kissing on the mouth.

Emmy is excited about her new membership in our community. After years of dating men, she feels as though the world finally makes sense. She watches The L Word and listens to Tegan and Sara and is quickly becoming part of the queer scene in Durham, accelerated in part by her neighborhood, which is populated almost exclusively with women who sleep with women. Like the rest of us, she is accumulating more queer friends and fewer straight friends. She talks about her previous life with amazement, as though it was so long ago as to be a dream. There will become a point when being queer is just a part of her, as unremarkable as being right-handed. She has curly hair and brown eyes and a white mom and a black dad; these are parts of her that she doesn’t think about, and, later, her sexuality will just be another thing that makes her who she is.

Being with Emmy as she goes through this process makes me remember what it was like in the beginning. And, because I’m a know-it-all, it’s been fun for me to be a part of her coming out. I get to feel like an expert on matters like gay nomenclature. A friend changing a bike tire says she’s going to “Top this tube,” and I know that she’s saying that she’s going to show that busted piece of rubber who’s boss. We talk about bears and cubs and otters and pegging and scissoring and gold stars. These terms we all know and never pause to interpret. Under our guidance, Emmy is quickly adopting our language.

She’s also been introduced to the peculiar norms that exist more in the gay community than the straight one. I don’t know any poly-amorous straight couples, but plain and normative monogamy is almost embarrassing in the queer world. It is as though we are collectively trying to destruct the lesbian stereotype of U-Hauling couples who call their cats their children and wear cargo pants and drive Subarus with rainbow bumper stickers.

Emmy didn’t get non-monogamy before she moved to Durham. When we first started seeing each other, she told me she couldn’t handle dating multiple people; that she is, by nature, a one-man-woman, or now, a one-woman-woman. This isn’t me. While I may be envious of your awesome job, bank account or band name, I’m too promiscuous to be jealous in relationships. I can easily separate sex and love. But Emmy didn’t feel this way, and so, because she makes my bed and lets me sleep on top of her like a human blanket, and because I’ve been with enough people to know what I don’t want, I decided to try out monogamy. But the more immersed Emmy becomes in the queer community, the more she wants to explore it and the people within it. I’m glad for this—not because her sleeping with other people gives me license to as well, but because not exploring is like dating your high school boyfriend when everyone else is figuring out who and what they want. Things are changing for both of us, and maybe when Emmy goes back to who she was before—not straight, but monogamous—and I’ll be here, no longer terrified of roller coasters or squirrels or romance. We’ll meet in the middle, in our new town with our new jobs and our new friends, ready to change again.