Our intrepid reporter delves into the strange world of Detroit street racing and the delicious world of Chicago pizza parlours in his latest dispatch from God's Country. 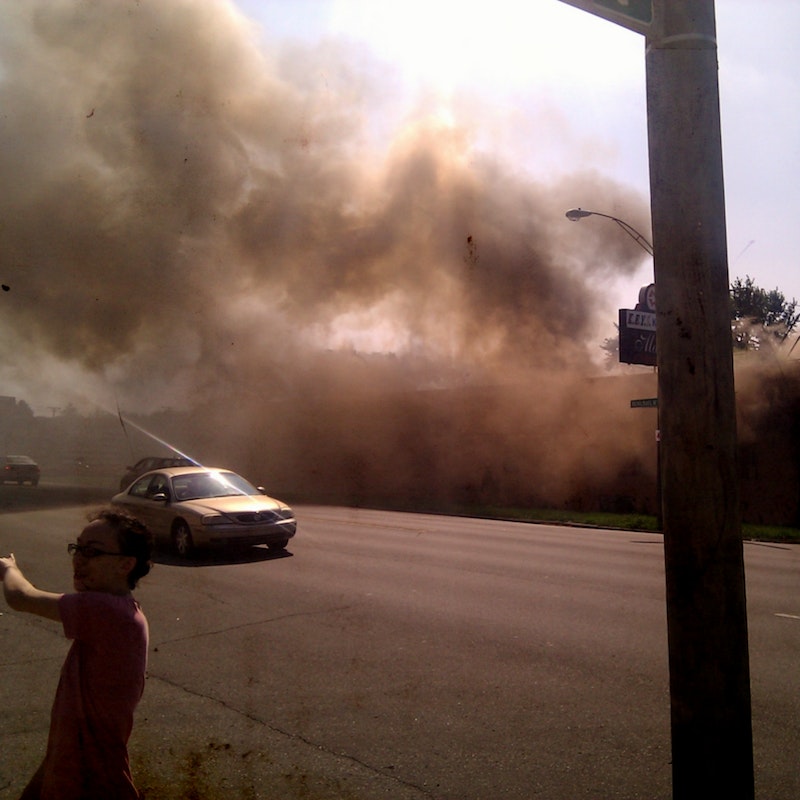 Hello people of the United States (as for the rest of the world, I didn’t forget about you—hello Japan!). What’s the happenings on the crappenings? What have you been up to? It’s been a spell since we last spoke and holy smokes things haven’t slowed down here in “God’s Country,” which is what we call the Midwest out here in the Midwest. God’s Country: where we smoke and shit in the same place, rake up a bunch of garbage to set on fire and laugh and laugh. Ah, the Midwest! One day you’ll be singing its praises loud and proud like the Black National Anthem. Let’s move on!

Nearly everyone knows that people in the Midwest are far crazier than people anywhere else. No studies have been done on it. But you feel it. Someone made an argument that the Pacific Northwest is where the craziest people are. That’s horseshit. No way does some place that Starbucks came out of get that designation. Let’s say you and I talk about Detroit. Let’s discuss the strange and startling rattling caused by a 4AM Detroit street race. They don’t have those in Seattle (or Spokane! or Issaquah!).

You see, I was driving down Michigan Ave. in Detroit with Honey Girl when we felt the rumble of a drag race begin to tickle the floor. It was perverse. What’s happening to my feet, she said. How should I know, I said. My teeth itch, she said. I know that feeling but antibiotics took care of it, I said. What an unsettling bag of action that is, she said.

Sweet lord in heaven—then we felt a distinctly peculiar shaking of the chassis! Two cars whizzed past us on either side. We barely saw them. I can’t remember if I blinked. If I had, I would have missed them. But I felt it more than I saw it, which isn’t bad. The street is hot, I said. We heard hollers, screams and cheers. We pulled over to check out the scene. In the back seat of one of the cars, the driver was setting an Olive Garden to-go box on fire. We heard someone say, cocaine comedown is a bitch but so am I. The Midwest!

Also: I liked Leto’s! I wanted to stay. It was a wonderful pizza parlor. There was spaghetti everywhere—and this was a pizza parlor! Then a man made a noise somewhere in the parlor. Then the noise was cut off part way through like he stumbled or choked or was hit. I was like, what’s going to happen next. Blood Club walked in from a back room and began to knock things over. First to go was a can sitting on the counter. It made an inexplicable sound. Someone else knocked a Frisbee off the wall that was hanging from a nail. I felt a chill. It was the whir of the Frisbee free falling, I think.

A female approached me from within the group. My mom gave me permission to come out, she said. You better be walking on eggshells, she said. I said “whoa” in my head. Then I said it out loud: whoa. Can we go somewhere, she said. I said whoa again. I felt crazy everywhere but especially in the you-know-where spots: the skull and the crotch of trousers. Then someone slapped me in the back of my head and Honey Girl and I chose that moment to get the fuck out of there. By all accounts, it was an excellent performance.

Filmmakers Lori Felker & Robert Todd came all the way from Chicago & Boston to watch my close friend Ted Kennedy set some shit on fire. It was at Claire’s party. First he threw a table in the fire pit. As I was about to throw the rental chairs into the flames, Claire came to the window. You’ve got to be shitting me, Claire said. I was reminded of my uncle who was in ‘Nam. I wouldn’t shit you: you’re my favorite turd, he always seemed to be saying—even in his sleep!

We felt nuts. We felt like a hot knife cutting through a melon. If there was a stick in the mud there, we ignored him. Then I noticed Lori’s boyfriend, Adam Strohm. He pointed out that Lori and Todd came to screen their experimental film work, not just watch Ted and me set things on fire. How did the screenings go, I said. He said:

The first night's screening was pretty packed, filling the comely little room to its brim. The Ann Arbor-ites proved to be some top-notch Q-ers, and Lori and Rob always make for some pretty interesting and amusing A's. Most of the talk centered around Imperceptihole, Lori and Rob's high-con collaborative 16mm centerpiece. I only wish the bar upstairs had been up and running. The weekend wasn't all screenings, but you probably don't want to hear about the burning housewares, public vomiting, record shopping, brunch eating, or how we found Jesus under the porch.