Going on a Holiday 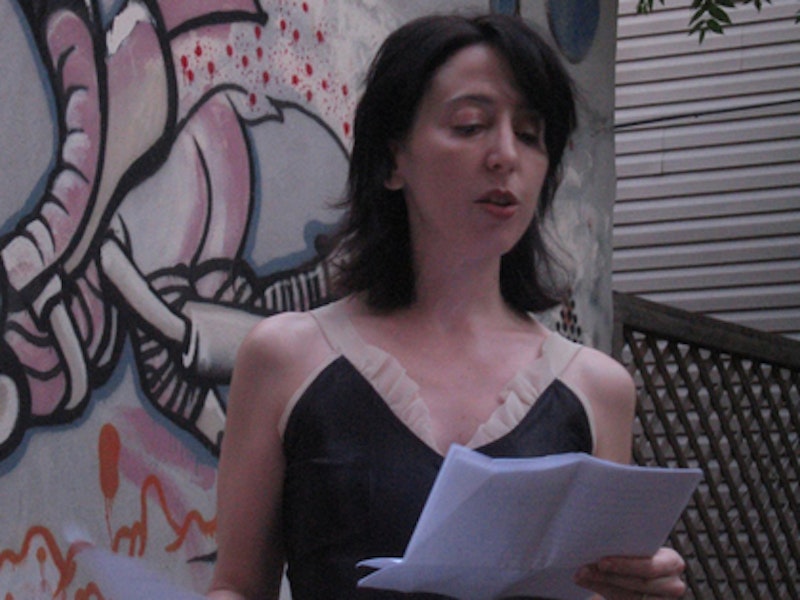 And if this were not annoying enough for the young and the bitter to boycott Eggers' website or magazine or publishing company or national chain of tutoring centers, there remains the fact that Eggers has made enough money from his writing to support a mini-empire that comprises a website, three magazines, and a publishing house.

The latest author in the “McSweeney’s Rectangulars” line of original fiction is Deb Olin Unferth, a creative writing professor at the University of Kansas. Vacation is her first novel. It begins with an opening salvo of despair and depression so thick that escape appears unlikely, no matter how many reasonable pages lay ahead. You will find characters who don't know why they do what they do, characters who have muddled motivations not for lack of writing skill or story construction from Unferth, but because you just can't explain neuroses or obsessions. The only thing you can do is fog your prose with loneliness, and Unferth wields a mighty fog machine.

It is loneliness (and despair, and confusion) that holds the wife of Vacation's main character, Meyers, on the trail of a man she doesn't know, tracing his steps through the city for long hours. And it is confusion (and anger, of course) that drives Meyers to follow this same man down to the coast of Nicaragua in a vacation that is as much about vengeance as it is about understanding. Sure, the book is about greater things: The tedium of obligatory love in a marriage, the paradoxical necessity of that same love, the joy of travel, the comfort of plans (even illogical ones), dolphins, secrets and natural disasters. But the real star is the prose.

An example (Meyers has just arrived in Nicaragua and is sending his estranged wife an email):

My dearest wife, he began again, with a slight shake in his hand.
It is beautiful here, somewhat like Florida but shaped differently, more squat than long. Splotchlike. Imagine ink spill. Water spot. Broke yolk. I did have fine eggs for breakfast.
Having a good. Thinking of. Sending you. Farewell from. Warm wish. Weather.
Deleted.

Or this passage (explaining why the man Meyers' wife follows moved from the city back to his family, leaving her somehow more alone than before):

Why did he do that?
In order to stand by and take advantage of the rights bequeathed to him by the court: ninety-six hours divided in two and renewed monthly to visit with the product of his strife, a very small child, whom he first bundled in a blanket and carried home in the car, later picked up from the floor where she sat sucking her arm, and later led out by the hand.

Vacation does not feel conversational, as if it flowed to the page in one feverous night. It feels like the product of endless refinement, of nights instead spent watching the cursor retrace its steps to begin again, sharper and more focused this time. Unferth has created a book of sentences just substantial enough to stick to one's ribs while still sufficiently sharp and poignant to stab between them repeatedly.

It is in this style that Unferth has found something special, something unique, of a cast sharing nothing (not even narrative perspective) in common save for their emptiness. Meyers, then, is the perfect hero for the book. A man with a plan; a man who knows of a path out of the hopelessness.

And, in that sense, Unferth is a hero as well. She tactfully and selflessly avoids the criticisms commonly levelled at Eggers while still pulling off the same trick: She has shown up early to the party with a book's worth of undeniably unique prose. All there is left to do is to sit back and wait for the imitators.