A Biography Full of Short Cuts

Mitchell Zuckoff's Robert Altman: The Oral Biography is an unfortunate bit of hackwork about one of the greatest American filmmakers. 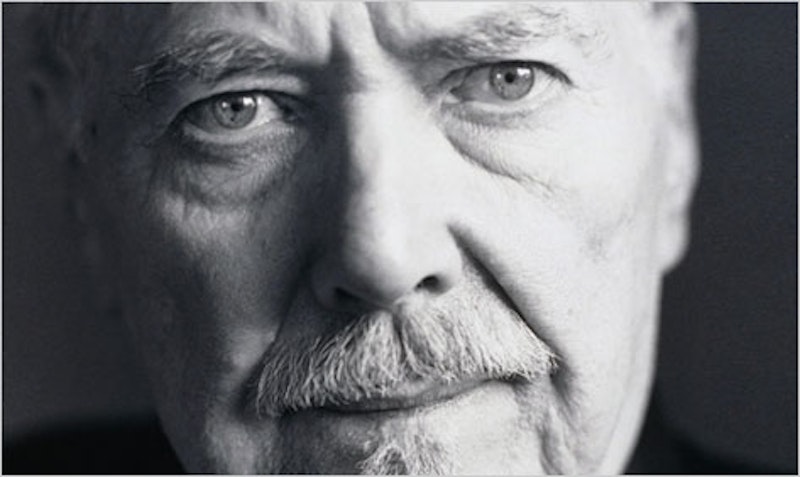 It is a fun, incredibly fast read, however, and if you're looking only for anecdotes, you won't be disappointed. The great, unmentioned irony in The Oral Biography's narrative is that, for all the huffing and puffing about Altman's anti-Hollywood attitudes, he nearly went out of his way to lead a typically decadent Hollywood life. He was an extraordinary drinker, though it'd be wrong to say he "battled" alcoholism, and he certainly relished the adulation he received from multiple generations of movie stars. His ego was towering, which one can understand, though his undignified family life elicits less sympathy: it took him until his seventh decade to establish any lasting relationship with his five children, and though his third wife, Kathryn Reed Altman, was certainly the love of his life, she still endured his philandering and his frequent inattentiveness. We also learn from Zuckoff that at least one wife, his second, suffered broken ribs during one of many violent, alcohol-fueled outbursts.

Altman's distaste for Hollywood was limited to the non-creative executives running the production companies, which aligns him with pretty much any popular artist ever. In nearly every other way—from an affair with Faye Dunaway to a Malibu beach house to a reputation for renting yachts and cavorting around Cannes—Altman was a proud creature of Hollywood, and therefore his greater legacy is one of exceptional creativity and prolificacy, a sui generis relationship to film actors and an insistent artistic vision.

At a bare minimum, any adequate biography of Altman would illuminate just how his bizarre career came to be: How exactly did a 45-year-old television director with three failed features to his name suddenly come to helm a major studio adaptation of the popular novel M*A*S*H, then parlay the surprise popularity of that film into an explosive 13-movie run over the next nine years that boasted enough thematic vision and stylistic breadth to rival Godard's work a decade earlier? How, despite never making a movie that even compared to M*A*S*H's box office tally, was this same hard-partying, notoriously improvisational director able to convince studios to fund a flood of highly idiosyncratic genre revisions, many of which starred unknown actors and played in theaters for mere weeks? How, then, was this director, despite making more movies in the 1980s than some filmmakers complete in a career, said to have "returned" once he found his commercial footing again with The Player in 1992? And how was this director, whose work routinely elicited accusations of nihilism, male chauvinism, and pretentiousness, given an honorary Oscar in 2006 for "a career that has repeatedly reinvented the art form and inspired filmmakers and audiences alike"?

Zuckoff sheds some light on these questions, but not much. Through his collage method, he makes a convincing case for how Altman's oldest-child privilege and death-defying tenure as a WWII aerial bomber laid the groundwork for the director's later fearlessness and ego-assisted obstinacy in the face of corporate naysayers. He was also a boisterous and physically large presence, always popular no matter what milieu he entered, which enabled him to assemble the enormous casts and inspire the anarchic energy that came to define his aesthetic. The Oral Biography is bloated with reverent testimonials to Altman's treatment of actors and his ceaseless desire for collaborative input, which no doubt stems from the fact that nearly all the interviewees were contacted after the director's death, and that Zuckoff doesn't bother citing many other sources of opinion; his pool of opinion is therefore limited to those people who agreed to speak about Altman after his 2006 passing, and some very important voices are lost in the mix as a result. Most inexplicably, there's barely a word from Shelley Duvall, the doe-eyed, rail-thin actress who performed in more of Altman's 70s work than any other actor before purportedly falling out with him during the creation of Popeye in 1980.

Duvall is key to understanding what made Altman great: she was barely 20 and had never acted before when the director handpicked her to play the female lead in Brewster McCloud. Other than a small cameo in Annie Hall and an effective but aloof performance in Stanley Kubrick's The Shining, she only acted in Altman films during the next decade, and she's brilliant in nearly all of them, particularly in the unsettling, dreamlike 3 Women from 1977. Her looks, like those of Bud Cort, Rene Auberjonois, or John Schuck—all Altman regulars whose careers he helped launch—aren't those of a typical movie star, but Altman wasn't deterred by her inexperience and odd physicality. He rightly believed she could be an arresting presence onscreen, and his willingness, even insistence, on populating his films with faces like hers lends his work a naturalistic quality unlike anyone else's. Altman packed his movies with as many artistic allusions and mature technical details as his colleagues De Palma and Scorsese, but the tone of his work is completely unlike theirs. His focus, regardless of which genre he worked in, was on a realistic depiction of human behavior, which I believe accounts for the effusive, highly emotional praise that certain critics have given his films. There are moments in every Altman movie, even the bad ones, when we're presented with an interaction or facial expression that couldn't exist in anyone else's film. Actors suddenly appear nude without any sexual motivation, or a scene extends beyond the strict narrative requirement, or two distinctly un-Hollywood-looking people flirt in the corner of the frame, and we experience a moment of recognition that's not often afforded by narrative filmmaking: we see life as lived.

This behaviorally-motivated approach to film also means that a lot of people get bored or frustrated with Altman's work, particularly when they're expecting to see a western (Buffalo Bill and the Indians), or a Raymond Chandler adaptation (The Long Goodbye), or a buddy comedy about gambling (California Split), and instead they're treated to an elliptical, aurally muddled satire of American entertainment culture, as all these films generally are. Altman's subversion of traditional Hollywood tropes was often interpreted as glib or smug, when really he just approached each genre as an opportunity to show people interacting as they do in real life: messily, hectically, and in conflicts that don't adhere to a three-act structure. Altman's allegiance was to humanity, and an honest representation of it, rather than to narrative tradition, and while some cry "pretentious," I point to his love of music and his near-constant sense of humor as proof that he was an artist whose recognition of human shortcomings (particularly American ones) didn't stop him from celebrating human greatness. Altman's films are generous in a way few directors' are. No other body of cinematic work contains so many subtle jokes or moments of unexpected whimsy, and few boast so much crazed energy and live music.

Having performed nary a bit of true original research, Zuckoff only dances around the things that made Altman great and never adequately addresses the things that make his failures so problematic. He spends an incredible amount of time reiterating the innovation of overlapping voices but never once engaging Altman's considerable knowledge of film history, music, and literature. And thus we're not even acquainted with Howard Hawks, whom Altman repeatedly identified as a major influence in interviews, nor is there any mention of Kurosawa, particularly Rashomon, or Bergman, Fellini, Griffith, or Chaplin. Zuckoff spent a lot of time interviewing Altman towards the end of the filmmaker's life, but he's a journalism professor and has never published any film writing or criticism before, and The Oral Biography is as intellectually and critically unserious as a book on Altman could possibly be. It's the equivalent of a People magazine tribute to Picasso.

Altman's succession of 1970s films is nearly unprecedented; it's a sequence of artistic triumph that rivals Bob Dylan's from 1962-1968 or William Faulkner's from 1929-1936 in the history of 20th-century American art. Every one of these films feels touched by genius, and the best ones (Brewster McCloud, Thieves Like Us, California Split, 3 Women, and of course McCabe, Nashville, and M*A*S*H) are testaments to the creative and expressive potential of movies. But their uniquely human quality is visible in all of Altman's later work, regardless of decade or medium: Fool for Love, Secret Honor, Short Cuts, Cookie's Fortune, and Gosford Park are all masterpieces or nearly so, and Tanner '88 and Vincent & Theo are both stunningly artful for television work. The Oral Biography celebrates only the usual, well-known high points, and more depressingly, it makes Altman himself seem almost mundanely troubled. It's an undistinguished look at one of the few cinematic artists to truly deserve the title of visionary.