Fantasy sports: better than alumni functions for keeping friends together, plus you at least have the option of winning your money back. 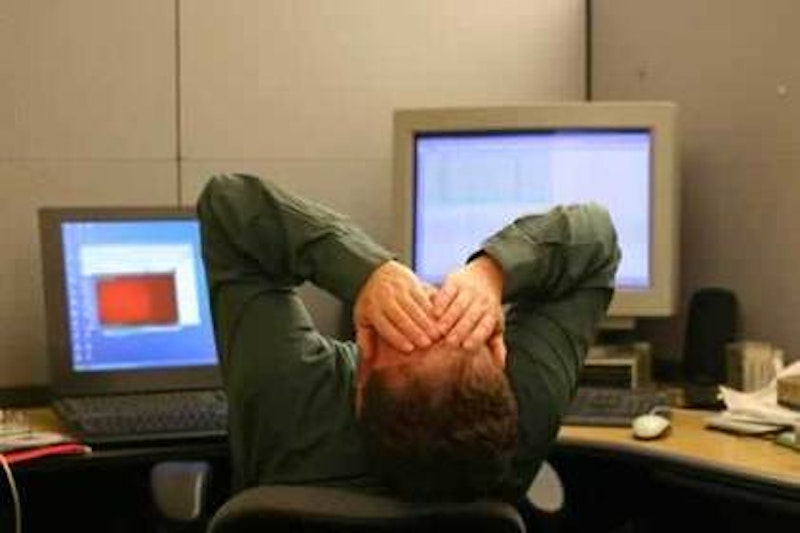 Growing up in Alabama, I’ve been a football fanatic for as long as I can remember. In Alabama, particularly given the iconic Alabama-Auburn rivalry—a competition so intense it’s been known to end marriages—college football was my first love. Going to a Division I college only furthered my enthusiasm. Now entering my fifth year as a season ticket holder for my alma mater, I remain an avid fan, but the NFL has overtaken college football as my primary interest.

Things began to change right after college, when I was swept up by something I had only heard about, but did not fully understand: fantasy football. My first reaction wasn’t a good one. Just the word “fantasy” conjured up images of Dungeons & Dragons and other things in which I had never been remotely interested. Furthermore, given that I’m a realist who tends to see things in black and white terms, I generally viewed anything remotely “fantastical” with disdain.

After starting at my job in early 2000, I remember that as summer approached I began to hear colleagues buzzing about their upcoming “fantasy seasons.” Some were near my age, others were closer to my Dad’s age, but either way, their enthusiasm was palpable and, ultimately, contagious. Soon enough, I had done some investigation into this phenomenon and was intrigued.

I spoke to a few college buddies, and before we knew it, 10 of us had put together a league for the 2000 season. As a part of my research, I learned that there really were no legitimate college football fantasy leagues, but that essentially all fantasy football was based around professional football. I’d always followed the NFL, but never with the same enthusiasm as college football. This was soon to change.

In looking into the world of fantasy sports, I discovered there was no shortage of Internet sites devoted to topic, and many allowed one to start, organize and run their own fantasy league. We opted for Yahoo! that first year and that would be an important decision with long-term implications, because with each different Internet site providing fantasy league management capabilities, there were different ways of structuring the league, different rules, and different scoring systems. Thankfully, Yahoo! operated a fairly conventional system for a fantasy football league, and so my friends and I had our formative fantasy year in the closest thing to a standardized format there is.

The first year was really fun, though with only 10 in the league we were a bit smaller than what we would later find out is the optimal league size. None of us had a lot of surplus cash to throw around, so the first year involved no financial commitment, and no money riding on the outcomes or raising the stakes; we still had a blast. There were several things that helped make it a positive experience: as good friends, we knew each other well—and that also meant that we knew how to push each other’s buttons. The trash-talking and rhetorical sparring was hilarious, and everyone gave as good as they got. More importantly, it provided a great vehicle for allowing my buddies and me—now scattered across the country—to stay in touch regularly, and for those of us living in New York, we’d often spend Sundays at someone’s apartment or at a sports bar watching the NFL games and tracking the performance of our players and teams.

By the end of that first season, we were all hooked. No longer rookies when the next football season approached, we set out to recruit two more friends to bring our league to 12—generally agreed to be the ideal size for a league. It seemed that 2000 had been a breakout year for fantasy football, largely due to the proliferation of the Internet, so finding two more guys to join up was easy.

In the fall of 2001, we each put in $50, and so with the monetary investment came a higher level of play, as each person paid more attention and took things more seriously. The insults flew at a faster pace as well, and as many of us began to become engaged or married, girlfriends, fiancées and wives weren’t spared from the verbal onslaughts. One particularly witty league member even took to writing what he called “The Week in Review,” in which he would recap the week’s matchups and generally manage to insult every one of us with remarkable skill.

Speaking of girlfriends, fiancées and wives, here was one group decidedly not delighted by the league and our mutually growing obsession for fantasy sports. Double dates or co-ed group dinners during football season now turned into fantasy football strategy sessions. There were many raised eyebrows as the ladies watched us yet again discuss the latest happenings in our league, or the latest NFL news and its possible fantasy implications.

As NFL training camps begin in earnest, so too does the annual “research” we each begin in preparation for the upcoming draft. For the 2008 season, I’m proud to say that the same 12 from the 2001 season are still going strong. And while a lot has changed in the last eight years, our league has remained constant. Now that every person has multi-year experience with fantasy football, the level of competition in our league continues to increase, and actually winning the league is extremely gratifying. This year we’ll each be paying $350 to play, and in all likelihood, the champion will take home close to $2000 in prize money—not exactly pocket change.

Because fantasy football is driven by the performance of individual NFL players, following a fantasy team and the players on it lends itself to becoming agnostic about the real results. I despise the New England Patriots, but last year with Randy Moss on my fantasy team, no one rooted harder for Moss to score than me. This need and desire to follow the performances of the individual players on your team also creates a willingness to watch just about any game, regardless of how competitive it is or whether it has any meaning in the context of the actual NFL or not.

According to the Fantasy Sports Trade Association, nearly 30 million people played fantasy sports in 2007—the vast majority of whom participated in fantasy football. Some estimates indicate that fantasy sports have a multi-billion dollar impact on the sports industry overall, and the official website of the NFL (nfl.com) now offers its own fantasy league capabilities, indicating the league is very aware of the financial benefits fantasy football has on its bottom line.

All those people and all that money aside, though, this summer, 12 long-time friends are preparing to shell out $350 each for another year of fantasy football fun. As we begin to consider whom we might want to pick in the draft, I think that what we each really look forward to the most is the chance to have something that brings us together. Our fantasy league lets us talk at length about things that don’t really matter, trade good-natured insults, and generally interact in the same manner we did on the dorm or in the fraternity house in college nearly a decade ago. No alumni association could pull that off.