Answers from the bottom of the bottle. 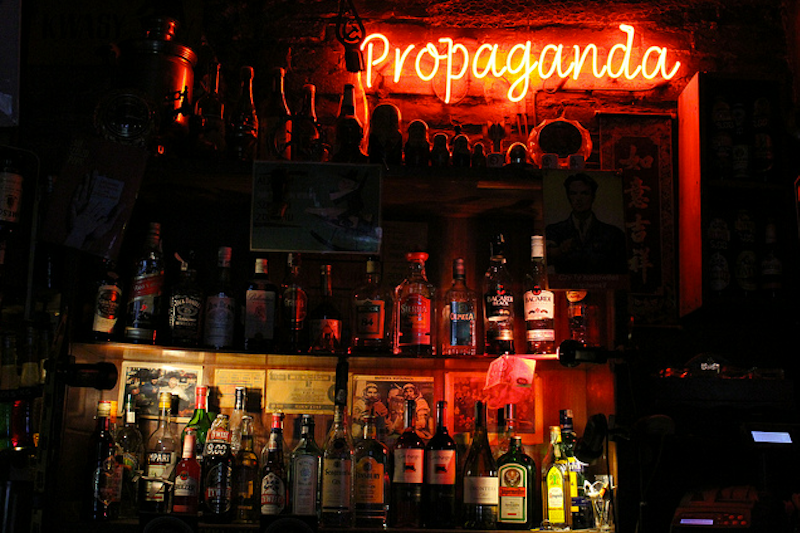 There were three traits I looked for in a girlfriend over the years: she couldn’t be religious, she couldn’t wear Uggs, and she must be beautiful. Maybe I could have forgiven the trip to Christmas mass with the family if her grandmother was old and insistent, or Uggs if they were worn only on winter nights during a power outage, but there were no exceptions to the last rule. From my first girlfriend, a Cuban-American with freckles, blue eyes, and a temper she attributed to her astrological sign, to the New England academic with a flawless face, subscription to the New York Review of Books, and a dog she spoke to like he was a fellow graduate student, to the Persian artist with eyelashes like a giraffe and the kind of sex appeal some people are born with and the rest of us look like drag queens trying to fake, my girlfriends have all been babes.

Maybe the reason all these relationships were temporary is because compatibility was less important to me than beauty. I didn’t go for girls with whom I shared values or taste or ambition: I went for girls I looked good standing next to. It was for this reason that I dated Cora. We were hardly compatible. She thought I was an asshole after the one Seder dinner she invited me to, when I told her roommate that I wasn’t Jewish but my parents were bankers, and I thought she was humorless for not laughing. The only thing Cora and I could agree on was that she was beautiful. We dated for a few months, but then her lesbian phase inspired renewed interest in her ex-boyfriend, who was suddenly ready to make their relationship public on Facebook. While I fully admitted that I didn’t like Cora that much, our breakup was an excuse to fall apart, to really commit myself to drinking. I went to the bar and stayed there, not leaving until long after I’d stopped thinking about Cora and was on to dating other women I loved more for their looks than their personalities.

Cora moved to Boston soon after we stopped seeing each other and I only thought about her occasionally: when I started dating another girl who narrowly missed landing a spot on Top Model or when I started seeing her obese lookalike in yoga class. It had been two years since I last spoke to Cora—two years in which I had struggled and somewhat succeeded in reforming my life after a pattern of becoming infatuated with the wrong people and then using the ensuing heartache as an excuse to drink all day and all night—when she emailed me:

Cora: Want to have a slumber party on Saturday?

My feelings towards Cora might have been ambivalent, but my attraction to her was not, and yes, I did feel good about a slumber party on Saturday. Subsequent messages revealed, to my slight chagrin, that both Cora and her boyfriend needed a place to stay while in town for a hockey game that weekend. This wasn’t exactly what I had hoped for but, of course you can stay with me, I told Cora. Your boyfriend too.

We hardly saw each other when they were here. After the hockey game, Cora picked up my key at the bar where I was hanging out and went to my house to crash. I was out later than usual, and she and the boyfriend set up an air mattress on my living room floor and were solidly asleep by the time I got home. I was also asleep a few minutes later but woke up early enough to hang out with my guests for a bit before they left for the long drive back to Boston. Cora was still attractive, though it was like meeting a stranger. I had paid so little attention to her personality when we dated. Sean, Cora’s boyfriend, looked like he’d be a famous actor someplace where people aren’t that attractive, like Ireland. He apologized for their air mattress getting in my way and I told him it was no problem. Cora and Sean looked at me and asked if I remembered what happened. In the middle of the night, they said, I opened my bedroom door, walked down the hall, tripped over the air mattress and fell right on top of them. When Cora and Sean woke up and asked me if I was okay, I didn’t answer, just got up and walked into the kitchen, glassy-eyed.

How long was I in the kitchen? I asked.

Awhile, Sean said, and then you walked back and fell over the air mattress again. You must have been sleepwalking.

With no memory of this late-night trip to my kitchen, I went there seeking clues. And there was one—a trashcan, which is usually under the sink, had been pulled across the room and in it was a Ziploc bag full of water resting on scraps from the previous night’s dinner. How could I move my trashcan across the room, get a Ziploc bag, fill it up with water, seal it, and then place it in the bottom of my trashcan with no memory at all? And why? I was mystified. I had never sleep-walked before, but, relieved that I hadn’t done anything more embarrassing (like walking out of my bedroom wearing only underwear stained with menstrual blood), I laughed at my odd behavior and told my guests about the time I saw a guy who was blackout drunk piss in the heating vent in his own living room and then insist that his cat did it for the next month. We laughed, Cora and Sean deflated their air mattress, and we said goodbye.

After they left, I thought about how glad I was that I had been sleepwalking instead of blackout drunk, which is a state I’m familiar with, as much as one can be familiar with alcohol-induced amnesia. I’m certainly familiar with the sense of despair you feel after waking up with no memory of the last hours from the night before. If those last hours involved, say, puking vegetable lo mein in your neighbor’s yard, blacking out seems almost a gift. It must have been awful, but you don’t remember. Back when Cora and I were seeing each other, this used to be a regular occurrence for me, but the last time I got that drunk was over a year ago at a New Year’s Eve party in Chicago. The last thing I remember from that night was looking around at all the couples kissing and thinking that I might be alone but at least I had a full bottle of champagne.

When I woke up the next morning on the floor of my friend’s living room, she told me that I had laid down on the sidewalk in front of the house and refused to move until she said that a babe was walking towards us, at which I point I jumped up and then immediately slumped over on to the apartment steps behind us. When my friend finally got me inside her house after pulling me by the hand like a petulant child for 10 blocks, I got into the shower fully clothed and sat in the tub with my head on my knees and water running over me until it went cold. This, sleepwalking, was different. Funny, even. But do people start sleepwalking in their late 20s? I went to the Internet for answers and quickly came across an article about the correlation between alcohol and sleepwalking.

I wasn’t quite sure how much I had drunk the night before, though the $40 I brought to the bar was gone, so it must have been plenty. When I thought hard about it, there were some gaps in my memory. I had been with my friends June and Claire, I was sure of that. It was a ‘90s-themed dance party and everyone wore flannel and combat boots and talked about Jared Leto. It had been awhile since I had been to a bar and I had gotten a ride there specifically because I wanted to drink unfettered. How had I gotten home? June had driven us there but she got drunk so I must have taken a cab home, right? I texted Claire and she wrote back immediately: You drove June’s car. There it was, the despair that lurks behind every hangover, making you wonder what made you leave without paying your tab, tell secrets that weren’t yours to tell, drive home when you should have given up your keys, fill a bag with water and put it in your trashcan. Without Cora and Sean and the trashcan, the drinks and amnesia would have left me with a vague sense that I went out and got home and spent money and might have had fun, but now there was proof in a plastic bag. Two years after last seeing Cora, two years of trying to be good, part of me was still in it, not falling for the wrong people anymore, but still falling and getting up and falling again.