Do you think model sex is better than sex between mere mortals? 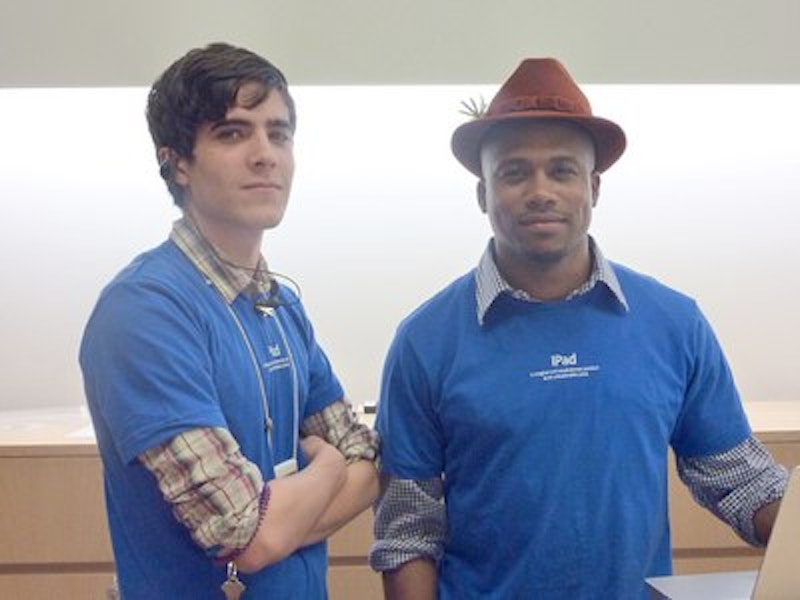 A Professional Soccer Player: I like my guys tall and skinny but fit. Soccer is the sport with all the hot guys. David Beckham, Ronaldo, Anders Lindegaard—JFC. Why do you think everybody is watching the World Cup? I’ll tell you what, the balls rolling around the field aren’t the only balls people are tuned in to see.

A Model: Sometimes when I’m grading papers, and by grading papers I mean looking at clothes on ASOS, I look at all the amazing, affordable items I can have. And by affordable items, I’m talking about all the hot guys modeling the clothes. “Um, that model is so hot. I really want to have sex with him, so I guess I better hurry up and buy the denim jacket he’s wearing.” Everybody knows you just fuck a model; you don’t date one. Why? Because models are not actual people. Models are these fabulous creatures with questionably perfect jawlines and fresh, flawless skin that can be touched but not blemished. So yeah, sometimes I wonder what it would be like to have sex with somebody who is a legit model, somebody who has a fabulous loft apartment and is friends with like Karl Lagerfeld and Terry Richardson. Do you think model sex is better than sex between mere mortals?

A Top Executive At A Cable Television Network: I want a TV show.

A Drummer: Drummers are always hot, even when they’re ugly. Just look at the way they attack a drum kit, getting all sweaty and hot and bothered as they pound out those beats.

A Person Covered In Tattoos And Piercings: I mean, I don’t want him to be completely and totally covered in tattoos like Zombie Boy or stinky, and he shouldn’t have the tats in a stupid place like right on his forehead. But who doesn’t love a tatted bad ass? I love a little bit of edge, some oomph. I like this guy because you can tell he’s got stories to tell—he was in a band, he’s done some crazy shit, and all of that would make for some amazing post-coital conversation.

An Apple Store Employee: I’m not sure if Apple Store employees are subject to strenuous tests of attractiveness, but it seems like every time I find myself in an Apple Store, up to 80 percent of the guys who work there are definitely sleep-with-able. Come on, they’re wearing those cute little blue shirts and they’re under that fabulous lighting which makes everyone look amazing. Plus, they have little nametags that are all, “Hi!” They’re just inviting me to sleep with them.

A Bro: There’s a sandwich place I go to near my campus and one of the guys who works there is a total bro, like he wears his little bro “outfit” and I imagine he spends his weekends just bro-ing out in a backyard with a couple of beers. He’s just so chill and he always calls me “bro.” “Sup, bro. What can I get you, bro?” What he doesn’t know is that I love it when straight guys call me bro because of the whole sequin catsuit and everything. Today I roll in for my lunch, dude calls me “bro,” as per usual, and he gave me a free sandwich. What does that mean? Am I getting one step closer?