Even voyeuristic thrills can get old, apparently. 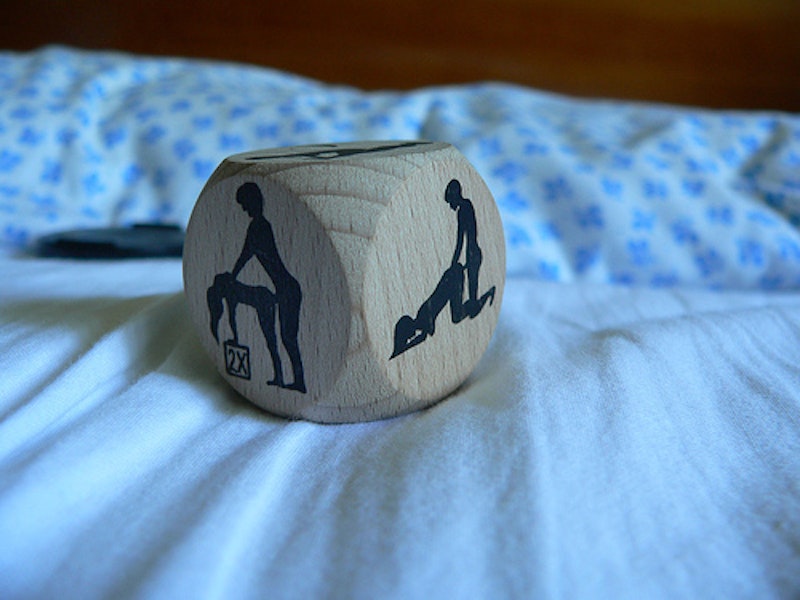 I’m in my kitchen cooking dinner, dancing in my underwear and listening to “Zero,” the new super sick single by the Yeah Yeah Yeahs, when all of a sudden my jam session gets punctuated by an unmistakable “oooooh, mmmmm, mmmmmm, oh my god, ah! ah! ah! ah! ah! ah! ah! ah!”

Sometimes I hear more than one guy over there at the same time. Then there’s bumping and moving around. Then enter the loud music. And for the next 45 minutes, it’s “ah! ah! ah! ah! ah! ah! oooo! ah! ah!”

Am I a total prude for complaining about FMP’s high-pitched sex life?

When I first heard FMP I was sort of amused. I was just like, okay, GUUURL! Get that sex! It’s weird, though, because even though I can hear her loud and clear, I have no idea who she is or what she looks like. We live on the same floor, and I have never seen anybody go into or come out of that apartment. Is she ugly? Does she look like she’d be a kink? Whatever. With all those orgasms, I’m sure she has a fabulous complexion.

Come to think of it, I don’t really care what she looks like. I want to know what this dude looks like who apparently has a magic poker.

So to get to the bottom of the mystery screamer, I’ve come up with a plan. I want to go to her apartment, knock on the door and ask if she has something really dumb that I can borrow. Like water.

“Oops, I’m fresh out of water. Do you have any?” And I would do it just so that I can see what Polly looks like. Maybe I’ll give her a little “Ok Sista GURRRL!!” wink. Or maybe I should just tape an anonymous note on her door that says, “Hi. Can u keep ur orgasms down plz? Thx!”

For whatever reason, people like it when they can hear somebody else having sex. Do you? Well I know a lot of guys do, anyway. I remember when I lived in a frat house in undergrad (don’t ask), the dudes always got so worked up whenever one of the other guys got laid. They would listen from the other side of the door and giggle, and even tease the laid guy about it the next day. It was sort of cute and sort of immature. I was just like, can ya’ll let the dude do his business in peace?

After nine months of being FMP’s neighbor the novelty of hearing her get rammed has, uh, worn off. I’m not jealous or anything. My BF and I have fabu sex. We’ve actually thought about retaliating by doing it outside her apartment, so she could hear us, too. Or maybe we could tape ourselves, bleep out the faces, and slide the DVD under her door. We could have a competition!

What is it about being loud in the bedroom that gets people hot, anyway? I mean, sex shouldn’t be a monastery. But it also doesn’t need to sound like you’re getting stabbed to death, either! If you ask me, there’s a difference between moaning and screaming at the top of your lungs like it’s a horror movie. Sometimes I even wonder if Polly is faking it to please her man/men.

Come the end of my lease, I will deface Polly!