You Are Never a Part of Anything 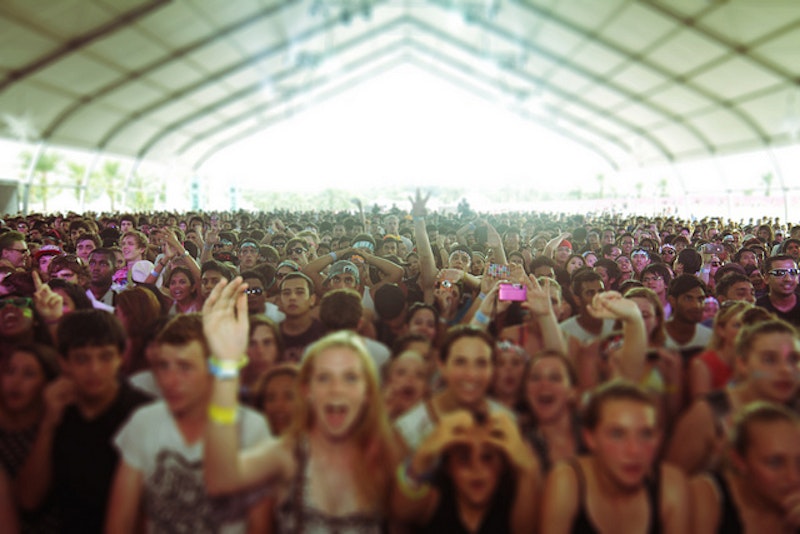 David Bowie: We got in the lift and went up and when it opened there was a brick wall in front of us.

Willis Earl Beal: And at that point, people started to boo.

Bowie: Yes, quite a few.

Beal: They were hipsters.

Bowie: They want isolation, or a tribal thing. They get too intellectual.

Beal: In a certain regard, fuck what the people want.

Bowie: There are just too many people. Just maim them.

Beal: You are never a part of anything.

Bowie: Even the use of holograms. Holograms are important. Are you basically interested in energy forms?

Bowie: Just writing a song is not enough.

Beal: There’s a whole world inside me.

Beal: Well, you can either get a real actor or you can get somebody who is the character. And he was like, "I'm not playing it for commercial release. I'm just not. I'm only screening it for my friends. Yeah, I made a movie. I directed it, I wrote it, I starred in it, and I took my time on it. And it's beautiful and no one is going to see it."

Bowie: He's not a cockadoodledoo; he's much more like a brothel-keeper, or a madame. He takes himself up to incredible spiritual heights, and is kept alive by his disciples.

Beal: At that moment, that man became the face of every piece of rejection I've ever felt in my life.

Bowie: He has done things to whole masses of Puerto Rican people.

Beal: Time has passed while he remains totally still. But nothing will be real to him until I get a fucking Cadillac or I'm R. Kelly or something.

Bowie: (laughs) He produced a camera and took a picture of me.