Yes, Goddammit, There is a Santa Claus

Even though no fifth graders believe in the Tooth Fairy. 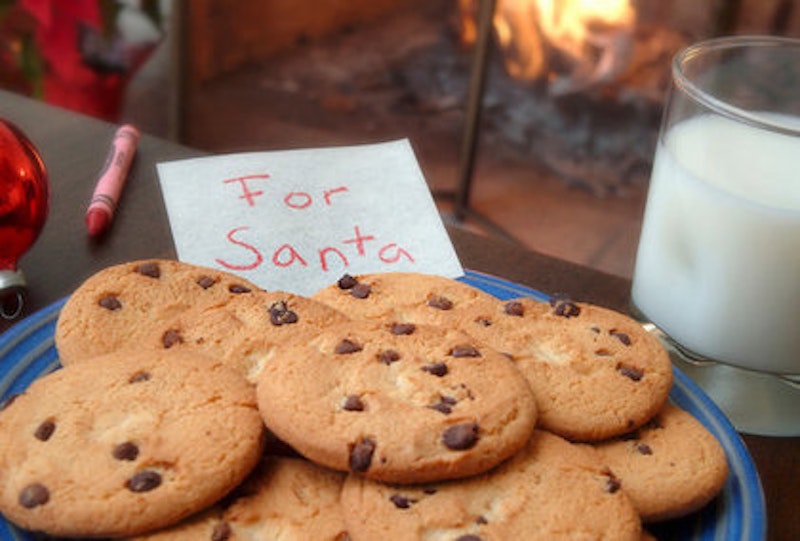 No parent wants to reach the day where their kids don’t believe in magic and wonder anymore. That is, until it gets annoying because you know they don’t actually believe in (insert mythical fictional character here) and they’re just humoring you because they’re afraid they won’t still get the benefits of the mythical gift-bearer. My kids are 19, 15, 10 and eight, and across my experience spectrum of kids’ “believing,” I only said, “You don’t actually still believe in Santa Claus, do you?” to one kid and it was because she was nearly a teenager and really, let’s just get this conversation behind us.

I’m less willing to have my two younger kids “not believe” anymore because it will mean a.) that I’m old and b.) that the holidays will be less mysterious and fun. Of course I absolutely won’t miss that godforsaken elf on a shelf.

(Upon losing a tooth and receiving a $2 bill under pillow) eight-year-old son: “What if there’s no tooth fairy and it’s just you leaving the money?”

Me (hiding hysterics): “I bet there are kids in your class who say it’s just the parents leaving presents, but you still believe in Santa, right?”

Son (somewhat skeptically): “Yeah, I believe in Santa but the tooth fairy seems kinda made up.”

10-year-old (matter-of-factly): “I still believe in Santa even though a lot of kids don’t. But no fifth graders believe in the tooth fairy.”

Son: “A lot of kids don’t believe in Santa.”

Teenager (from other room): “Oh God, don’t make her give the Yes, Virginia speech.”

Me: “It’s about time we all talked about the Yes, Virginia story…”

Teenager: “Too late. Now she’s going to put on Miracle on 34th Street, too.”

And I quickly Googled the original 1897 original handwritten letter by Virginia O’Hanlon and the famous editorial response by Francis P. Church. I read them both out loud, and I got tears in my eyes as I always do for things like this, It’s a Wonderful Life, and pretty much a cute kitten at this point because my hormone levels are fucked.

There’s this phase where your kids don’t really believe in Santa but they act like they do because they are afraid of not believing-thus-receiving, and also they seem to not want to let you down.

I don’t want to lie to my kids. I told the teen that day to drop the façade because it’s exhausting to keep up when a kid knows you’re the one putting the presents under the tree. It’s definitely harder to let the mythical joy and wonder go when you’re talking about your youngest kid, though. The last thing I need is a house full of jaded teenagers, so I’m trying to hold on to the comforts of Santa for one more year. This year there will still be ashy footprints coming from the fireplace, an empty cookie plate, the reindeer’s half-eaten carrot.