Would You Ever Have Plastic Surgery to Be Glamorous? 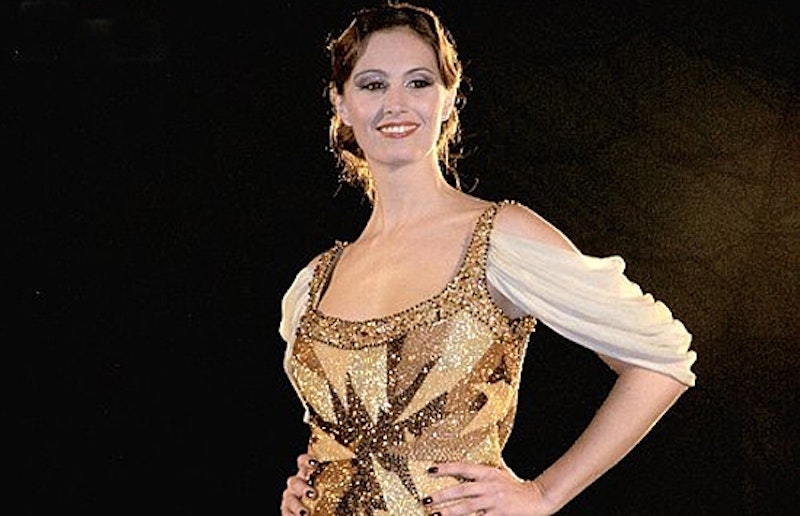 The death of Magnano reveals a host of issues related to women and image issues, beauty, and standards of appearance. Why do so many women—and men—resort to plastic surgery o be beautiful? Is there something inherently wrong with fashion and the role of spectacular appearances?

Feminist scholars and critics, chief among them Naomi Wolf, whose 1991 book The Beauty Myth: How Images of Beauty Are Used Against Women became a runaway bestseller, have argued for more relaxed beauty standards, and have shunned fashion, ideals of beauty and makeup altogether. Why? Well, just think about it: How many times have we heard about beauty tools as harmful, uncomfortable or oppressive? For instance, Edie Sedgwick, pop-artist Andy Warhol's Superstar, often wore five pairs of batwing eyelashes. That's a lotta eyelashes! I can't imagine that was the most comfortable thing. But she looked fabulous, and that's really all that matters.

Hmm? But what about gay men? What do we get out of a fabulously coiffed diva? It's certainly not sex.

There is a difference between fashion, glamour, glitz and makeup for the fun—the theater—of it, and the serious issue of altering the natural state of the body with cosmetic surgery. Take, for example, the French performance artist Orlan, whose cosmetic performance pieces go against the grain of our ideals of beauty. Whereas most of us would have cosmetic surgery to enhance our features, Orlan does it to purposefully deform her face. "I am against traditional notions of beauty," the artist says.

The problem I have with most feminist critiques of beauty, and of shock-art performances like this by Orlan and others, is that they totally ignore the fun and possibility of self-creation that makeup and clothes provide. But it's more than that: They ignore that glamour and fashion is all make-believe. Fake. Pretend. The great thing about makeup is that you can wash it off. Maybe you don't want to wear that much eye shadow, or whatever. Hmm. Maybe these pants do not go with that shirt. And maybe, too, you've grown sick of your haircut and want to try something else. The way I see it, makeup, clothes, hairstyles and shoes are all stage props for the creation of our personas, the performances of ourselves.

Airbrushed, photoshopped or not, we should never turn to plastic surgery to make ourselves look like that magazine cover, because we know that the cover has already been doctored up. Have you ever seen a model without makeup? Sometimes, even they can look a little rough! So plastic surgery should never be an option. Fashion doesn't take itself that seriously.
Whoever said that beauty meant plastic surgery and cosmetic enhancement doesn't know how to have fun with glamour. Hello! Coco Chanel practically invented costume (read: fake!) jewelry. It's glamorous for a reason—because it's pretend, because it's play, because it's a story.

We will have an easier time with beauty, fashion and glamour if we realize that we just can't look like the magazine cover. But what we can do is play with our styles, with enhancement—the non-surgical, non-permanent stuff. And besides, fashion changes so frequently anyway, why would we do something risky and permanent to ourselves that could go out of style be the end of the week?

Because not even Dr. Zimor can save you when you're dead.