All you need to know so as to outsmart your friends on Halloween. 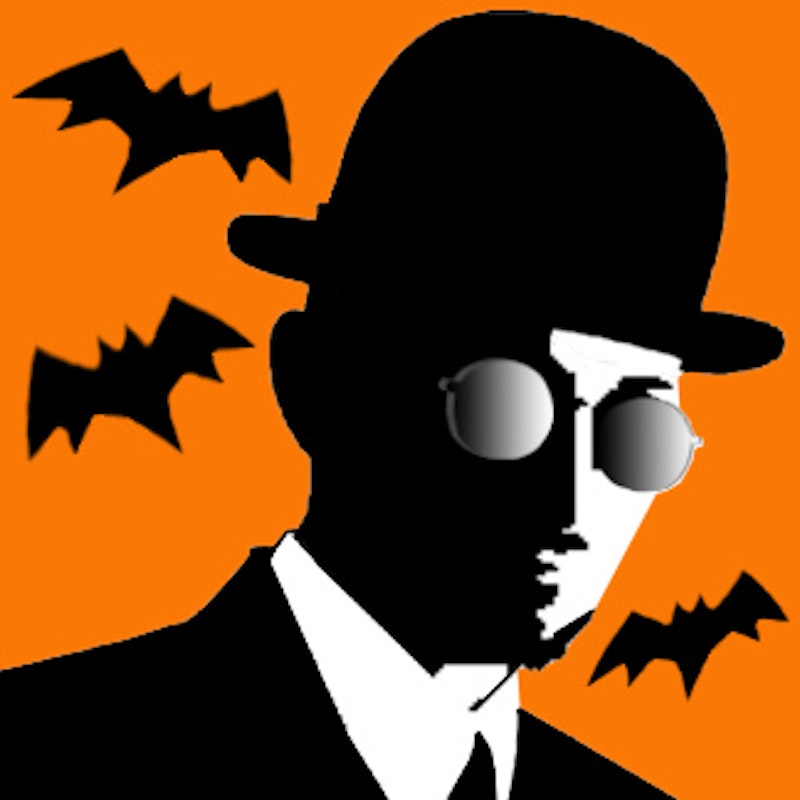 Folkloric native footwear
Throw your boat shoes directly in the garbage! Trust your faithful correspondent in Iowa when he tells you: this season the only thing that chic urbanites will be wearing on their impeccably manicured tootsies is extremely authentic Native American footwear. We’re not talking cute little sorority girl moccasins here, people—go for serious French and Indian War chic with a handmade soulier be boeuf, a knee-high moccasin as ready for deer slaying as it is for tripping down 5th Ave.! If the uppers ain’t pit-tanned elk hide, send them back. Small-screen mega hottie Maria Bamford told The Scandinavian Journal of Trauma that she orders her marvelous mocs from the Arrow Moccasin Company of Massachusetts—Bamford gets hers sent overnight, but we regulars will have to wait a few weeks!

Bloody down
In his classic essay “Le sorcier et sa magie” Claude Lévi-Strauss recounts a story originally collected by Franz Boas. The drama unfolds in what is now British Columbia. Quesalid, a Kwakiutl skeptic, sought admission to his tribe’s college of shamans; he wished to expose them as frauds. He suspected, and later verified, that the shamans lacked supernatural power. As he learned more of their technique he found that no spirits served them and that, in fact, they had mastered gossip and mummery more than demonancy.

The shamans taught him a healing ritual that involved concealing a piece of down inside his mouth. At the climax of the ceremony the shaman would bite his cheek and spit up the bloodied down, claiming that it was the disease and corruption that he had pulled from his patient. Quesalid, a tough empiricist, found that this technique worked despite its manifest falseness.

By the end of his career Quesalid had become a great and respected shaman, and he had softened his attitude towards the tricks that his teachers had given him—they were, in Lévi-Strauss’ beautifully-turned phrase, “less false” than the arts of inferior shamans, men who merely spit in their hands.

Anyway, I saw in Us Weekly that Steve Carell spit bloody down on Laura Linney at the Bannf Film Festival, so it’s time for us regular folks to rip open our pillowcases!

Navy peacoats
US Navy sailors look dashing in these thick, double-breasted wool melton coats—why not capture some of the salty romance of the seven seas for yourself and wear one as a winter garment! Unfortunately I don’t think you can get these without enlisting in the navy: let me know if you find another source!

Early 20th century vest-pocket mechanical pencils
You heard it here first. The HBO production team behind John Adams is hard at work on a miniseries that explores the history of the Roaring Twenties against the backdrop of the Wahl-Eversharp pen and pencil corporation. Every schoolboy knows the thrilling tale of mechanical pencil pioneer Charles Rood Keeran’s battles with the bully boys from Wahl Adding Machines: the affair of the rowboat, the gangland bloodbath in Wicker Park, the terrible holocaust that consumed Keeran’s wife and child and left him blind and obsessed with revenge, and the final, inexpressibly lurid fate of Steven Fotheringay Wahl and his grotesque menagerie of perfumed Dartmouth first-years.

It’s going to make for thrilling television! You can own a part of history and get in touch with the excitement of this blockbuster-to-be by ordering a lovingly restored Wahl-Eversharp vest pocket ringtop propelling pencil from the HBO store. For a modest surcharge ($25) Anna Paquin, TV’s Sookie Stackhouse, will write a short personalized message with your pencil! HB and B lead only.

Uncle Toby from Tristram Shandy
Looking for a cheap way to update your 18th century English country gentleman outfit? Add a simple groin-wound, a volume of Stevinus and a loyal corporal and you’re the toast of your office Halloween party or depressing Halloween bar!
Sitala Devi

Go boffo for Bollywood with this possibly offensive costume trend from the subcontinent! Sitala Devi is an Indian Hindu smallpox goddess, one of the “Seven Sisters” of pustular diseases—don’t worry ladies, she’s also a gorgeous super-babe! If you can scrape together a sari, a grain winnowing fan, a supernatural donkey and a fever demon retainer you’re all set! Remember that Sitala doesn’t give smallpox to those who worship her!

Coureur de Bois
Looking for a way to integrate your $200 handmade soulier de boeuf war-moccasins into a sweet Halloween ‘do? Look no further than the courer de bois or voyageur, the white-hot trendy Canadian maverick fur trader of the 17th century! Sacre Bleu—you’ll look dangerous and sexy while dodging the Bailiff of Montreal in your layers of badly cured beaver fur! Wonder what outfit Jonah Hill has picked for his Beverley Hills Hollywood Halloween bash (theme: “A Knight to Remember”)? Look no further!

Those Two Grotesques from American Pickers
I don’t know what their names are and I can’t really describe what they look like, but I’m also not your personal fucking secretary, readers.

Professional Whip Whipper from some other History Channel Show
I can’t remember exactly what show this was called, but they had a guy who was apparently the best ever at whipping things. He could whip playing cards in half and whip candles in half, and also whip whip-holes into a big piece of foam. He seemed really depressed. Anyway, it’s an easy costume, just some jeans, a plaid shirt and a whip.

Northampton shoemaker
Another easy one: have some extra clicking knives and lasts lying around? Just, I don’t know, put them in a tool belt and wear them around? These are just ordinary working people, not some freaks who make shoes for your amusement. Jesus.

Cassius Chaera
The Roman centurion who finally killed Caligula and ended up getting executed by the reformed government under Claudius, Cassius Chaera would be super-thrilled to find out that Italy is now known for making exquisite clothing and Vespas and that mustachioed college students might consider dressing up as him as part of an elaborate confidence game of irony.

Chase Auto Finance Customer Service Representative
“I’m sorry sir, we’ve never had to deal with something as complex as an accidental double car payment before. I’m afraid that such a conundrum would baffle wise Nestor and cunning Odysseus. It would chill the blood of brave Diomedes, blunt the war-lust of Telamonian Ajax and stay the swift-stabbing spear of Achilles. Proud Agamemnon it would cast down to desolate ruin and lowest meekness; Helen it would prick and needle to ceaseless weeping. Mighty Priam would have doffed his helmet and given way to night-black despair, had the Greeks confronted him with double payments in the place of slashing swords, lathered horses and blood-crazed men. Weep, oh you user of the Chase Auto Loan e-payment option, return to your tent and soothe yourself with soft wine and lithe bodies; today Ares’ hot scorn has driven you from the bloody fields in ignominy.”

Store-bought sandwiches heated up on a dirty cast-iron Panini pan
Nothing says “festive and non-depressing Halloween” like a tuna fish sandwich from the gas station with sweet Tuscan-style grill-marks!

Beautifully printed Könemann Verlagsgesellschaft classic travel narratives
Who says you have to give out candy? When I was visiting the Duke archives the campus bookstore was clearing out a collection of exquisite little Hungarian-printed books from Könemann press. They were like $1.50 apiece. Wouldn’t kids love to hear what Voltaire told Boswell when he heard that Boswell and Dr. Johnson were planning a tour of the Hebrides? It was “You do not insist on my accompanying you? Then I am very willing you should go.”

Identifying fragrance note pyramids
“No Kathy, what you think is amber is actually benzoin, with perhaps a hint of civet! Where are you all going? Are you going to get more delightfully complex colognes?”

Who says Halloween parties can’t also give back to the community?