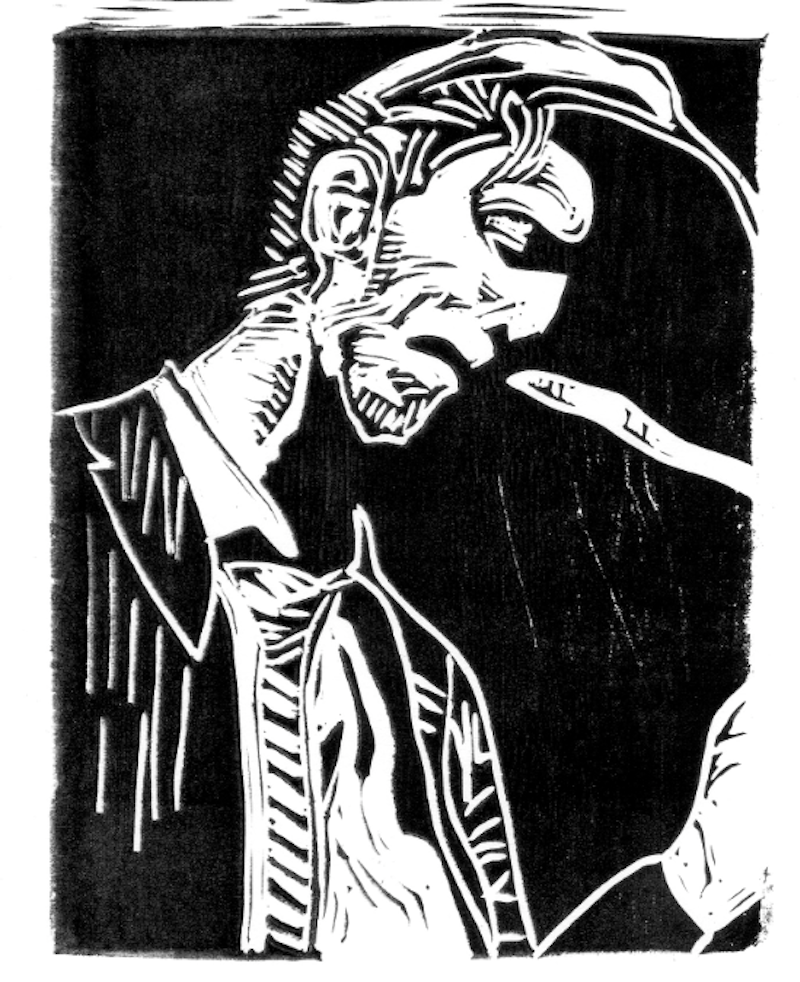 Tom Waits is a street poet with a heart of tarnished brass. With a voice like broken tiles spinning in an old washing machine, Waits fuses the pathos of Louis Armstrong, the ramblings of Charles Bukowski and the earnestness of Bing Crosby.

In 1977, Waits witnessed an altercation between local musicians and three plainclothes police officers at Duke’s Coffee Shop in Hollywood.  When he and his pal Chuck E. Weiss came to the aid of the musicians, Waits was roughed up and arrested. Waits subsequently won a $7500 settlement against the Sheriff’s Department for false arrest and false imprisonment.

In the 1980s, Waits lived in the Tropicana motel on Sunset Boulevard. He could be seen driving the streets of Hollywood in his Cadillac Coupe DeVille, his arm slung out the window holding a lit cigarette. He could also be heard playing music at the Troubadour or even the Burbank Airport.

Waits is a brilliant songwriter, an imaginative lyricist and also one of the funniest men around. In 2006, Waits appeared on Bob Dylan's now-defunct radio show, "Radio Bob," with a list of famous Jewish curses. (Imagine these uttered with a gravelly, hungover voice):

—"May all your teeth fall out except one which should remain for a toothache."

—"May you grow like an onion with your head in the ground and your feet in the air."

—"May you have a good long sleep and may your dreams be only of your troubles."

—"May you be the proof that man can endure anything."

—"May your wife eat matzohs in bed and may you roll in the crumbs.”

—“May God call the tune and may your enemies play the music.”

—“May you lose your faith and may you marry a pious woman.”