There Are Different Kinds of Black People

The key moment of Gates-gate racial profiling happened when someone couldn't recognize the difference between a professor and a thug. 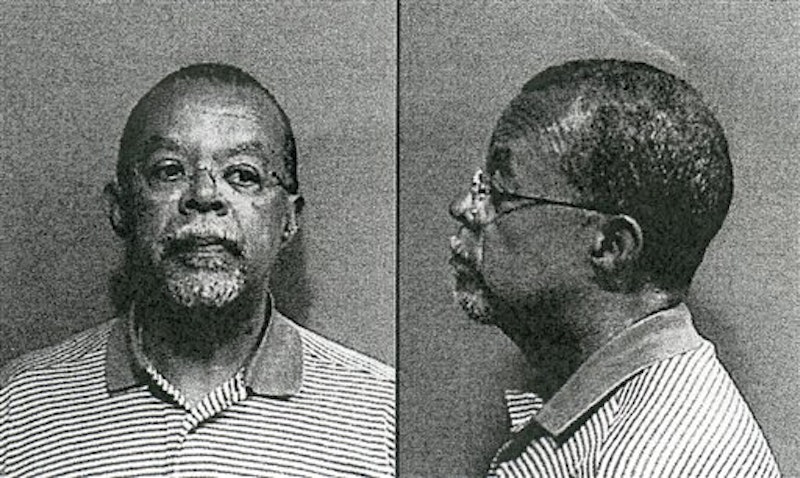 Black people around the world will agree that the worst question you can be asked in a social setting is: “Excuse me, do you work here?”

I was once at a cocktail reception at the fancy schmancy Institute of Fine Art of New York University and was, of course, the only black dude there. So this pompous white lady was talking with her friends, and I with mine, and out of nowhere she comes up to me and asks if I “worked here.”

Really? Trollop, do I look like I work here? Do I look like I’m carrying around a silver tray with finger food on it, dressed in a tuxedo, circling the room asking people if they want a salmon tart? I think this goes beyond ignorance; it’s like ground zero of stupidity.

So what I like to do in these situations is speak my most proper English, with a slight British accent. And then, like a terrorist, I drop the Y-Bomb. I told the lady that no, in fact, I did not work there, and that David Joselit, the dude who was giving the talk, was my professor at Yale.

Oops. Pick up your face, biznatch.

If you ask me, the worst instance of racial profiling is when you have to prove yourself, when you have to awkwardly announce your qualifications in social situations in order to counter act the profiler who automatically assumes you’re worthless. It’s gonna take way more than Soledad O’Brien to fix this! My grandmother always tells me: “Don’t you never trust white people. Listen to me, baby. I know. One day they’ll be your best friend, and the next day they’ll turn their back on you with a quickness.” Apparently so, too, will your neighbors. How could Henry Louis Gates, the African-American Studies overlord and Barack Obama BFF, be arrested in his own neighborhood? I’m sure Harvard pays him, like, a trillion dollars, and he probably looks R-I-C-H.

And that’s just the thing that annoys me about Henry Louis Gates-gate: that the involved parties couldn’t tell the difference between a R-I-C-H black, and a black who looks like they about to start something. I guess that’s the name of the game of racial profiling. At Yale, we get these periodic messages from the Chief of Police whenever somebody gets stabbed, mugged or shot. They’re meant to keep everybody all safe and stuff. The thing is, because New Haven is largely blatino minus the Yale people, most of the muggers are black males. The C.O.P used to racially identify the culprits in his emails, but then switched to a much more politically correct system of identifying them as “youths on bicycles.” So now the message is basically: if you see a black dude on a bike, you better clinch your purse and run, fast!

All this profiling makes people maniacally afraid of the Fox News Black. The Fox News Black is the dude we see on TV who don’t talk good English and robs convenience stores. But, surprise! It’s a little known fact that there are different kinds of black people, and just because we got that melanin doesn’t mean that we gonna get you, sucka. Back when I was in high school, I worked a single day at this country club where my aunt was employed. She was in the concession stand and got people hot dogs, nachos, drinks, and all that. Not a glam job in the least. I watched her take it as people treated her like shit. Get me this. Make this this way. I don’t like this, make it again. Look at how I can talk down to you, you filthy worthless being.

“Oh I’m not havin’ this,” I remember thinking. I asked my aunt how she could deal with this job, and she was just like, “It pays the bills.” I quit. I couldn’t handle working somewhere where people talked down to me.

The one thing nobody is saying about all this racial profiling is that everybody does it, including black folks. When I’m walking down the street and see a bunch of black dudes approaching, oh shit, I know that one of them is gonna make a gay comment. When I was looking my new Brooklyn neighborhood, I was decidedly against living in black areas, because I knew I would get harassed. Black men do not like gay dudes with homohawks like me, so I keep out.

Humans have a natural need to parse through people. I just wish there was a way that black men didn’t carry all the weight. And that makes the irony of Henry Louis Gates-gate so delicious: that the world’s foremost scholar on race who has, in many ways, arguably transcended it, would still carry the burden. The only good thing that can come out of it now is the inevitable tell-all he’s doing about the ordeal, and you know he is writing it right now.