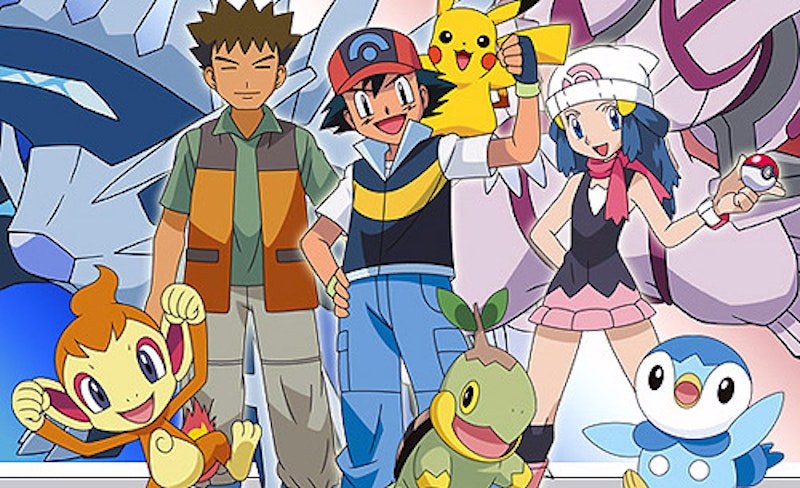 Every trainer aims to assemble one. Acquiring the ultimate Pokemon team requires time, patience, and most of all, boredom. There’s no reason to dedicate hours upon hours catching and raising rare and difficult-to-tame Pokemon unless you don’t have anything better to do. Once the Elite Four is defeated, there are generally only a couple quests to go on until the cartridge is bled dry. Here’s my most recent Pokemon Dream Team (without the use of legendaries or ubers):

Gengar: My favorite Pocket Monster, Gengar was originally the only Ghost type available in the game. Its base 130 special attack is the standout stat, but its 110 base speed is a perfect complement. Gengar is a “Glass Cannon,” a Pokemon who is strong offensively but shatters once he’s on the receiving end. That’s why a high speed is so important, because if it attacks first and knocks the opponent, you don’t have to worry about its ugly defense.

Lucario: Steel types are not my favorites, especially dual steel types. They don’t have many effective signature moves and are weak, with hardly any strengths. Lucario is the exception. Its sky-high offensive traits coupled with above average all around statistics make the Aura Pokemon a force.

Pikachu: Seriously, who doesn’t want to have a Pikachu on their team? For all the press the electric mouse gets, it is grossly underused in battle. Its underwhelming peripherals are most likely the problem. Another “Glass Cannon,” Pikachu’s best trait is speed, and with a beneficial nature, it could easily be the fastest Pokemon in your party. The key to making Pikachu affective is the hold item Light Ball. This doubles its attack and special attack, but it only works for Pikachu, so put your thunderstones away and be glad that you don’t have a Raichu.

Porygon-Z: The final evolution of the frustratingly difficult to obtain Porygon, “Z” is far and away one of the best Normal types available. With the genes of a normal type but the move set of psychic, it can be a real tricky opponent to battle. The virtual Pokemon has a base 130 special attack with a decent speed and defense, making it very reliable.

Archeops: Introduced in the new Generation, Archeops is stupidly powerful. By far the strongest fossil Pokemon available, Archeops’ 140 base attack is enough to make any trainer drool, but to add in a 112 base special attack and 110 base speed is almost unfair. Add in the fact that it can learn fly puts this rock type at the top of any gamer’s wish list.

Gyarados: Finally, after five generations and 650 Pokemon, Gyarados still remains the king of water types. Widely considered a Dragon without the title, it is only weak to electric and rock moves because it’s also a flying type, even though it can’t learn the move fly.