The Party Is Always Better Outside

No matter what decade it is the hunt for the zeitgeist in New York City always revs up in the fall. 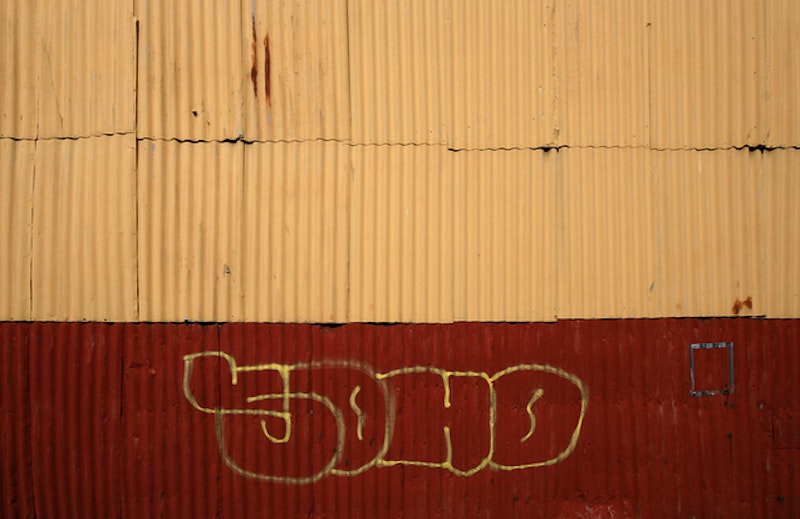 It’s the weirdest thing, but I’ve noticed that every time I go to a party, art opening or reception, no matter what shenanigans are going on indoors, the real party is actually outside. Only nobodies go to the opening to see what’s opening. All the cool kids already know the people who put the opening together, they’re BFFs with the cats who own the gallery plus the artists or musicians in the show, and they’re on the list at every hot place in the city. So what’s the point of going inside when everybody ends up outside, anyway?

I’ve been to countless openings and parties in New York, some in Williamsburg, some in Soho, and some in Chelsea, and it doesn’t matter how hot or cold it gets outside. A party’s success is decided not by how many people are inside, but by how many people are outside on the streets being silly, rolling around, and taking pictures. I’ve been to so many parties where the real shit went down right outside the club/gallery/building. I remember going to Don Hill’s before those expensive new condos popped up, and everybody would be outside smoking, taking pictures, commenting on everybody’s outfits, or exchanging numbers. And that part was almost as fun if not more fun than being inside and dancing to the music.

Last night, I went to an opening of Soho’s newest art gallery, The Hole, for a show called BOY, by the artist Cody Critcheloe and his band SSION. On the way to the gallery, as soon as I turn the corner of Prince and Greene Sts., still a full block away, I see this gigantic crowd of fashionable people and easily start to boil with anticipation. Some of you drink, smoke weed, do coke, or do whatever for a high. I don’t need any of that. Just give me a huge crowd with fabulous people in it and I’m all set. So I turn to my cousin, who’s rolling with me, and I’m like, See all those people? That’s the place, right there.

So we pull up to the door and everybody’s in trash bags and black clothes and sequins and feathers, and there are tons of models and photographers and I see Rosson Crow and girls in dudes shoes and dudes in chicks shoes plus somebody who I think is Alexander Wang, and then there’s this white dude with some stupid looking brown make up on his face (is he supposed to be in “black face”?) and he’s just rolling around on the sidewalk—for real—going in and out of poses like somebody’s taking his picture, but nobody is so he just looks really awkward, but nowhere near as awkward as the girl in the gigantic trash bag outfit and everybody’s taking her picture. I think she wins best dressed for the night.

Right now, there’s a definite pulse in the air, the pulse of trends, of the next big thing, of the downtown spirit. I like to think of that “downtown spirit” as the pizzazz, the zeitgeist of whatever the art crowd is doing at the moment. And that’s why style bloggers, features editors and photographers alike know to come to events like these because this is where they can take the pulse of culture. As someone who is interested in self-presentation, from an historical and conceptual point of view, opening receptions never cease to amaze me because they represent such a cross section of identities—gay, straight, bi, queer, all, black, white, mixed race. I’ve been to openings where there were drag queens, drag kings, rock stars, celebrities, models, socialites, club kids, old rich people and hipsters all in the same room, and the energy was contagious. You just felt that much more fabulous for being in the room.

Many artists and thinkers have tried to capture or describe the downtown zeitgeist, but I think the best description is what Elizabeth Currid calls the “Warhol Economy,” which is basically the idea that in New York, art openings, parties are actually networking opportunities. Parties in the fashion/art/music industries aren’t just parties—they’re chances to advance your career. And you know what? It’s so true. When I was at the V magazine party for Iman, one of the other fabulous black dudes I talked to was like, Girl, you better work this room. Everybody is in here right now. When will you get the chance to be around these people again?

So I guess that means in New York, downtown parties are really interviews dressed in sequins and harem pants.