The Other Punch to the Gut 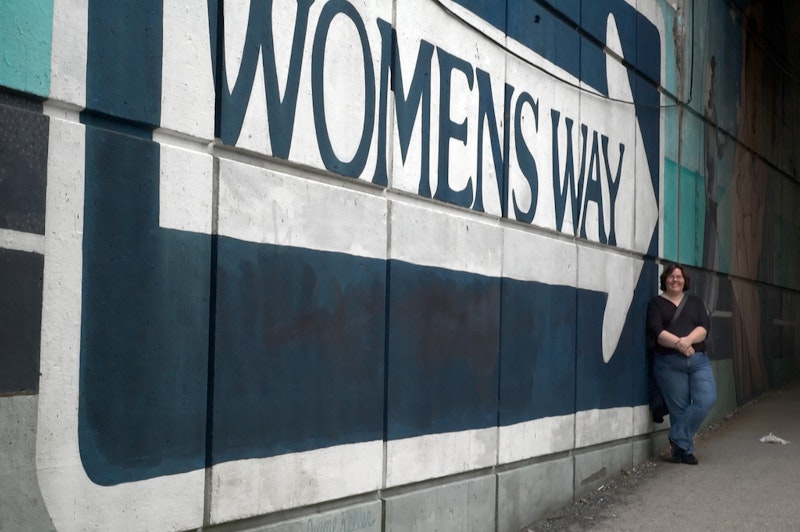 So it's Mother's Day, and I'm lazing in bed, with brunch delivered by my four kids. Devouring The New York Times is something I enjoy as much as the bacon, but when I came to the article "An Adorable Look, Followed by a Punch to the Gut" I found that the title actually ended up perfectly describing my feelings on the piece.

I love Sarah Silverman—she’s hilarious. I was thrilled to read about her new book and devastated to hear her show was canceled by Comedy Central. She's edgy and sometimes controversial, brave and hysterical and I look forward to her next no-doubt fab project. I liked the article's fashion angle because I could identify with her “heels put me in a bad mood” quote. A fine article, except for one little thing.

About halfway through, The New York Times asks a question. Judith Newman interviewed Gina Barreca, who is listed as “a professor of English and feminist studies at the University of Connecticut, where she specializes in women and humor.” Here's the paragraph:

Would (Silverman) have been the filthiest, best joke teller in the 2005 documentary "The Aristocrats" if, as Professor Barreca puts it, Ms. Silverman "gained 40 pounds and dropped a litter?"

And there was my punch in the gut.

I finished the article, made a note to buy Silverman's book, and then went on to be haunted for the rest of my Mother's Day by Barreca's quote.

I thought to myself: well why couldn't she have been in the documentary (and in Maxim, and on Comedy Central) if she had (God forbid) gained 40 pounds and dropped a litter? I’d still think she was hilarious regardless of her family status (it worked for Erma Bombeck, my heroine).

Now, I'm a horrible person to be writing this because guess what I did? Gained 40 pounds and dropped a litter. This, very possibly, is why I'm not in the documentary. Because now I know that, according to Barreca, a feminist, I'm an overweight breeder and therefore not capable of humor. Never mind that my blog is the top humor blog on Networked Blogs in the USA and number three worldwide. (I should also note that Canadian blogger Tanis of theredneckmommy.com is number two in the world and she has a litter, too!)

Some of the funniest blogs I read belong to mommybloggers, that oft-maligned group of women who have chosen to have children and continue working through this flexible medium. This has happened to me before where I've read about a “feminist” slamming the choices of women, and I fail to understand it. Aren't so-called feminists supposed to be on the side of women? (Apparently, only thin, childless women.) It seems they're disappointed we pathetic Gen Xers aren't shunning aprons and apple pies for job advancement and Jimmy Choos, which we artfully use to step on men's heads in an effort to shatter the glass ceiling. The feminists pride themselves on giving us choices; they just don't like the ones we're making.

I was raised in the 70s reading Ms. magazine and was told I could bring home the bacon, fry it up in a pan and never, ever let him forget he's a man. Boomers foisted a hefty agenda on us, expecting us to choose careers instead of husbands, boardrooms instead of baby nurseries. How dare a woman choose marriage and children, even if (as in my case) she was able to eke out a part-time career writing? They gave us a puzzle with no solution. Go to work and succeed in business? Feel like you missed out on having a family. Stay home and have kids and hubby? Feel like you missed out on a career. And do both? End up on Prozac and not feeling like you're doing either in a “good enough” way.

And the 40 pounds? Well, I'm a size 14 and although that’s average for an American, I’m not making up excuses for the fact that I should exercise more (between work and four kids in four different schools). I would like to point out that giving women complexes about their weight is not something I think of as a feminist role, either.

Is that what feminists are doing these days, going around ruining modern working womens' Mother's Days via thoughtless quotes in The New York Times?