The New It Thing 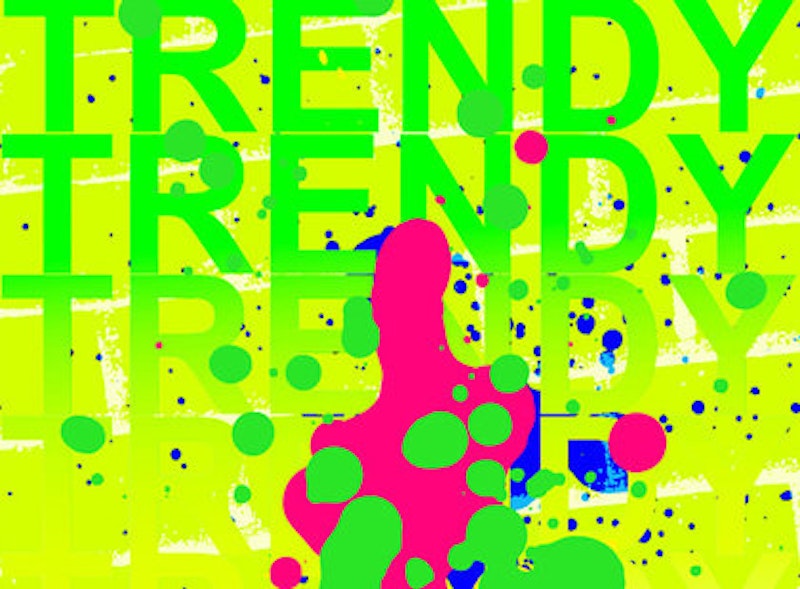 Nothing makes me roll my eyes faster than a trend piece. I’m not referring to articles about up-and-coming artists or performers, or album reviews. Every now and again I read magazines that introduce me to various aspects of culture that I wouldn’t have known about. There was a time when I read every single issue of Artforum because it was the best and easiest way to figure out what exhibitions were happening in the New York galleries. By contrast, trend pieces pop up over and over again and claim a certain club or dance move or city is the new thing, the “it” thing that everyone has to know about. Right now. A trend piece rewards the reader by making her or him feel “cool” for discovering an amazing new trend, for being “in-the-know.”

Everyone wants to be cool. We want to dine in amazing new restaurants, eat the hottest new donuts and go to the best clubs in the world. Hey, there’s nothing wrong with that. But as it turns out, we don't go to this club or restaurant or neighborhood because we like it: we’re just here because The New Yorker or The New York Times or Rolling Stone or The Atlantic just wrote a long profile about this place, so if The New Yorker thinks we should be here, well then it must be worth checking out.

Trend pieces take “cool culture” or an otherwise underground (or even “underground”) culture and make it accessible to the masses. The funny thing about that though is that they’re almost always too late to the party. Whatever thing Publication X says is newly trendy has actually been perfectly fine for a long time, way before the article comes out, and probably doesn't need or want the “legitimization” of a big box media brand.

In fact, trend pieces are not even directed towards the people who are a part of “cool culture,” the people who would be going to these clubs or living in these cities or doing those dance moves anyway. The cool kids don’t need the trend pieces, because they’re what the trend pieces are about in the first place. That’s why this style of article is usually about interpreting some weird thing that a bunch of misfits are doing and making it palatable to the masses. Sensation sells.

The problem I have with trend pieces, in addition to the above, is the way they always seem to soak up a culture, report on it, and then quickly move onto the next trend because a trend is only as cool/reportable/interesting as it is new. And if you really want to be sinister, trend pieces help raise property values and displace artists and the local community. They help kill subcultures and often place them under increased scrutiny.

Look, people should find cool stuff if they want to, and they should be free to go to the best clubs and eat all the fancy-ass donuts they can pile on their waistlines. And I understand the value of discovering new aspects of culture and totally get the power of being introduced to something new that’s outside of what you know about the world. But people should be left to discover culture on their own and led by their own curiosity. Wouldn’t it mean more to find out about something awesome on your own instead of being told what you should be doing, all for the sake of being on trendy?