Splice's legal correspondent breaks down just how much Lindsay Lohan was let off the hook in court. 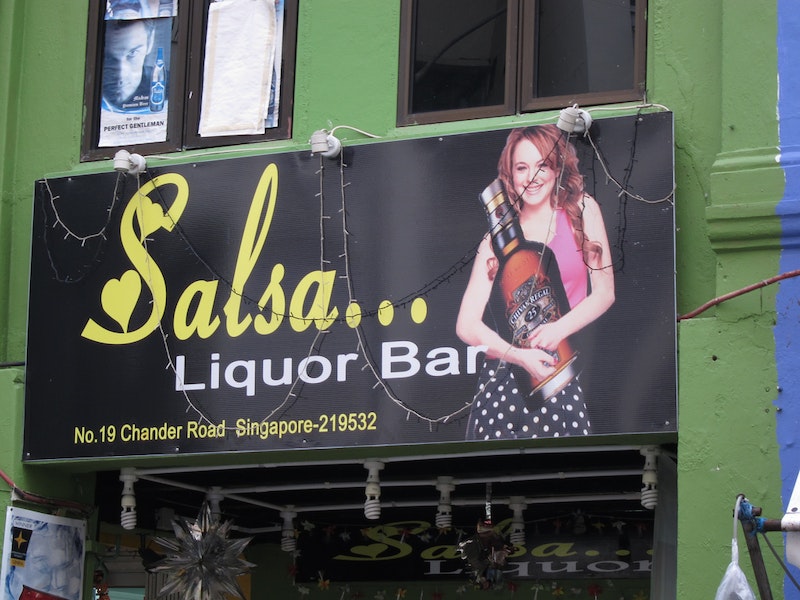 Lindsay Lohan’s July 6, 2010 90-day jail sentence for violating parole for her 2007 drunk driving convictions, and the 14 days of that sentence she actually served, brings to the fore some troubling issues concerning our justice system. Lohan’s supporters believed the sentence was too harsh and that the young star should not have served any prison time. Others say Lohan’s sentence was excessively lenient considering her flagrant violations of the terms of her parole, and that the she was given “special treatment” due to her celebrity status. So the questions that must be answered are, in the celebrity’s case, did the punishment fit the crime, or has the criminal justice system failed to suitably deal with this offender?

In our country, when fashioning a sentence in a criminal case, a judge considers not just issues of retribution and deterrence but also of rehabilitation. Typically the judge uses his or her discretion to engage in a balancing act between protecting society as a whole from repeat offenders and the defendant’s need to be transformed into a productive member of that same society. When deciding what sentence to impose, the judge will take into account the defendant’s prior record, the seriousness of the offense, the injury caused to any victims, and the defendant’s potential for becoming a repeat offender. As long as it is not “cruel and unusual punishment,” the sentence the judge imposes, in his or her discretion, will not be disturbed and will be considered constitutional.

With respect to certain crimes, however, a state’s legislature may take away the courts' sentencing discretion by setting mandatory terms of imprisonment that must be imposed when requested by the prosecution. California’s state legislature has established mandatory minimum jail sentences for defendants convicted of drunk driving. For a first offense, the judge, when requested by the prosecution, must impose a minimum jail sentence of 48 hours and may impose one of up to six months. For a second offense, the judge must impose a sentence of 96 hours and may impose one of up to one year. Potentially, then, a two-time offender like Lohan, when being sentenced at the same time for two separate driving under the influence (DUI) offenses, can receive, depending on whether or not the sentences are imposed concurrently (served at the same time), or consecutively (served one after the other), imprisonment of either a minimum of four days to a maximum one year, or a minimum six days to a maximum of eighteen months.

While the mandatory minimum-sentence structure enacted for DUI crimes by the state legislature takes away a judge’s sentencing discretion, it does not prohibit the county prosecutors from making plea bargains for less jail time. First-time DUI arrestees with no prior record of any sort, for example, can be allowed to plead to lesser offenses that do not carry prison sentences. Credit can be given for time served, and community service can be agreed to in lieu of jail, legitimately under the law, as the prosecutors deem appropriate. Under these types of sentencing schemes, the discretion apparently shifts from the judge to the county prosecutors to determine what circumstances justify a reduced sentence.

Lindsay Lohan was arrested on March 26, 2007, and charged with the misdemeanor crime of driving under the influence as a result of being involved in an automobile accident. Subsequently, on July 24, 2007, Lohan was arrested again, this time for misdemeanor DUI and felony possession of cocaine. After a stint in a rehabilitation center, on August 23, 2007 Lohan plead guilty to two counts of DUI and no contest to a charge of driving with blood alcohol content in excess of .08. Lohan should have received a mandatory minimum jail sentence of 4 days, but as part of her plea bargain with the county prosecutors, she was given credit for one day of time served and allowed to do 10 days of community service instead of two days in prison; as a result, her jail sentence was a minimum of 24 hours, and a maximum of one year. In addition to jail, Lohan was also given three years of probation to be served after her release and ordered to complete 18 months of an alcohol education program. On November 15, 2007, the actress reported to prison to serve her sentence. According to the Los Angeles County Sheriff’s Department, Lohan was released the same day, due to prison overcrowding and the non-violent nature of her offense, after serving only 84 minutes of her total assessed time.

An offender released prior to the expiration of the maximum term of imprisonment set at their sentencing is released on parole   Like probation, parole has terms and conditions set by the sentencing judge with which the offender must comply. If he or she does not do so, the judge can revoke parole and re-sentence the defendant up to the maximum term of jail time as originally set.

After her release on parole, Lindsay Lohan allegedly violated its conditions repeatedly subsequent to her 2007 conviction. Due to these violations, which included failing to report to mandatory education classes, drinking and failing to appear at status hearings, in 2009 Lohan’s probation was extended for another year (the judge could have given her jail time). Despite this second chance, however, the actress continued to fail to comply with the terms of her parole. At a hearing on July 6, 2010, Lohan’s parole was revoked, and she was re-sentenced to 90 days in jail, to be followed by 90 days in a rehabilitation center. She served only 14 days before again being released by the Los Angeles County Sheriff’s Department because of prison overcrowding and the non-violent nature of her offense.

Admittedly, the actions of the county prosecutors, the Sheriff’s Department and the judge in Lohan’s case were permissible under California law. Given that the actress has yet to serve even the minimum period of incarceration for either her original sentence or the one given after her parole was revoked, one has to wonder if she is being accorded special treatment on account of her celebrity status. According to the firm, Kapsack and Bair, LLP, on its website, most California county criminal judges and prosecutors require for a second offense, for instance, at least 10, some even 30 days of incarceration for the original sentence.  Lindsay Lohan served far less than that, even after she repeatedly violated her parole conditions.

It is matter of deep concern for the criminal justice system if Lohan was, in fact, treated differently because of her celebrity status. State and federal constitutions require equal treatment for all under the law. Lenient treatment for some offenders due to their wealth or celebrity status, while other less fortunate individuals face the full brunt of the criminal justice system, is a flagrant violation of these constitutional guarantees. Furthermore, lenient treatment, when not deserved, also flies in the face of the established sentencing principles of retribution, rehabilitation and deterrence. Every offender must be dealt with in the same manner for the criminal justice system to serve its purpose and protect society.