The Lamed Vavnik and Popular Culture

If there is one for our time, it is clearly "The Dude." 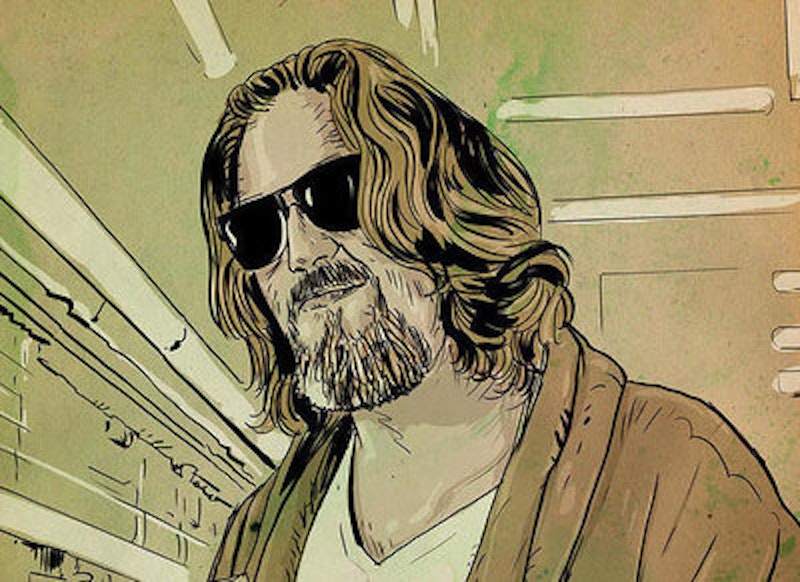 In Jewish mysticism there’s a concept called the Lamed Vavnik. According to Jewish Kabbalistic teaching, 36 righteous people exist in the world at all times who are responsible for the fate of humanity. For the sake of these 36 holy saints, God preserves the world even if the rest of society has degenerated to utter barbarism. Every time a Lamed Vavnik dies, a new one appears to take his place. If just one Lamed Vavnik were to turn to sin, God would destroy the world.

Nobody knows who the Lamed Vavniks are, including themselves. They may appear as fools, bums or lost souls. They embody humility and experience the “divine presence.” In Yiddish folklore, Lamed Vavniks are bestowed with mystical powers and emerge from the shadows whenever disaster threatens the Jewish people. Once the threat is averted, they return to anonymity. They are scattered throughout the globe and they have no acquaintance with one another.

Jewish writers and filmmakers have long been inspired by the Lamed Vavnik ethos. In Isaac Bashevis Singer’s 1953 short story “Gimpel the Fool,” the main character is a humble breadmaker who becomes an object of ridicule. The local townspeople make jokes at his expense and dismiss Gimpel as a simpleton. By story’s end, Gimpel suffers a crisis of faith and must resist temptation from the devil in order to save the fate of his small town.

In Andre Schwarz-Bart’s 1959 holocaust novel The Last of the Just, the story follows eight centuries of “just men” in one family who endure suffering so the rest of the world can be preserved. The persecution culminates in the execution of a schoolboy at Auschwitz. The novel Christianizes the Lamed Vavnik tradition, imbuing the “thirty six” holy ones with Christ-like powers of martyrdom to take on the sins of the world.

English author and graphic novelist Neil Gaiman references the Lamed Vavnik in his comic The Sandman. Death appears to Joshua Norton, the emperor of the United States, and says, “The world rests on the backs of 36 living saints—36 unselfish men and women. Because of them the world continues to exist. They are the secret kings and queens of the world.” It’s implied that Norton is a Tzadikim, another term for a Lamed Vavnik.

In the 1998 documentary film The Cruise, Timothy “Speed” Levitch, a Manhattan tour guide, tells the story of the Baal Shem Tov, the founder of Hasidic Judaism. The Baal Shem Tov searches a small European town for a Lamed Vavnik. He interviews peasants, derelicts, farmworkers and the mentally retarded. He learns that the man who cleaned outhouses and danced for the sick at night was a Vavnik who has since left town. The Baal Shem Tov is overcome with grief realizing he knew the man but ignored him, viewing him as an idiot and a fool.

Modern writers continue to appropriate the Lamid Vavnik story. In Michael Chabon’s 2007 novel The Yiddish Policemen’s Union, the hero Detective Meyer Landsman takes on the case of a murdered man considered a potential Tzadik Ha-dor (i.e., Lamed Vavnik). In the 1999 book Lords of Light: A Novel, Deepak Chopra writes about a Lamed Vavnik who betrays God and poses as a the new Messiah. The 2011 detective novel The Last Good Man by A.J. Kazinksi, tells of a serial killer who attempts to kill the 36 “good men” of the world.

If there is a Lamed Vavnik for our time, it is clearly “The Dude” from the film The Big Lebowski. Played by Jeff Bridges, “The Dude” meets many of the necessary Vavnik requirements. He’s a humble slacker anonymous to larger society, he’s unassuming, he’s a peacemaker and he takes on the troubles of the world around him. As Cathleen Falsani writes in her book The Dude Abides: The Gospel According to the Coen Brothers, “The Dude is a simple, unsuspecting fellow… A mellow, pot-smoking, bowling burnout who lives alone in Los Angeles—the modern Sodom and Gomorrah. He knows what’s right and what’s wrong and isn’t afraid to stand up for the cause of love and peace.”

The only time The Dude loses his temper is when he encounters the moral transgressions of the people around him. All he wants to do is find his missing carpet and keep the room together. As the film’s narrator Sam Elliott tells us, “It’s good knowin’ he’s out the there, The Dude, takin’ her easy for all us sinners.”

That’s exactly what a Lamed Vavnik does, takes it easy for all us sinners.