On Botanist I and II. 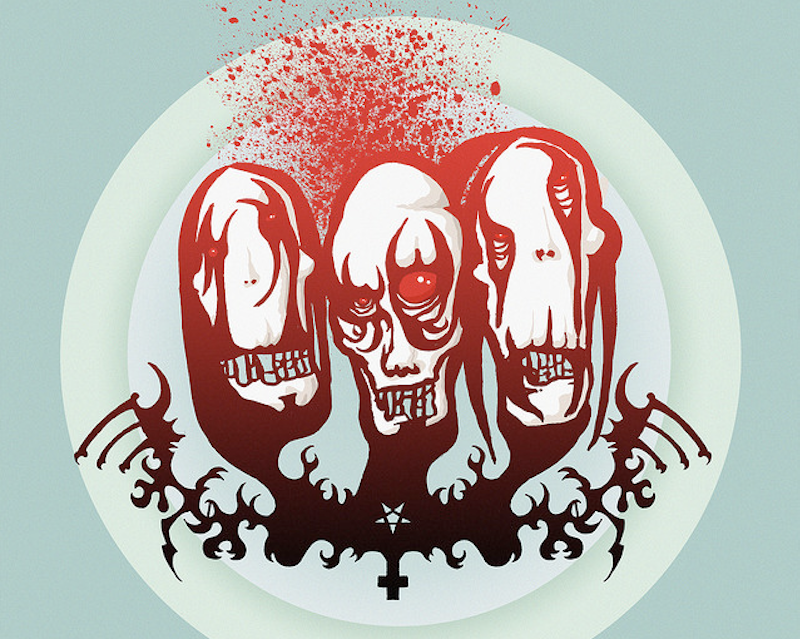 Today we tend to see ecology as a matter of large-scale gardening. Eco-freaks want to save the plants and exploiters want to exploit them, but both groups agree on the central point, which is that the world is manageable and it’s up to us to manage it. We preserve the frogs by reducing our greenhouse gas emissions—or else we don’t really care about the frogs and go ahead and emit away. Either way, the emphasis is on human agency, what we want and what we can do.  As in the Garden of Eden, the critters are there for us to name and cultivate.

The thing is, though, we got kicked out of the Garden of Eden, and as a result the world is not necessarily ours to mess with. On the contrary, you could argue that it’s the earth which will get the last laugh. Pump as much or as little CO2 into the air as you’d like, but eventually we’re all fertilizer, and the worms or their mutant descendents will eat us.

If anyone knows this, it’s Botanist, a one-man black metal seer who creates music to become plant food by. His two CD set (Botanist I: The Suicide Tree and Botanist II: A Rose from the Dead) has just been released on Tumult, and it is a 74 minute, 40 track tribute to the demonic power of flora. The first song on The Suicide Tree opens with Botanist gargling in that black metal evil yoda voice, “The beast…rises”—only this isn’t your uncle Deicide’s beast. Forget Beelzebub; Botanist is talking about a different creeping horror; “Up from the foliage dense/Reptilian flora/As if to fire spew.”

Black metal is often explicitly anti-human, reveling in a pagan force which tears open bodies like candy wrappers to get at the juicy soul. Botanist takes this thematic obsession and gives it a half twist. This isn’t paganism as demons or Norse gods, but rather paganism as fecundity; the remorseless mastery of twisting tendrils and bursting seedpods. His ethos is a kind of inverted hippie eco-folk.

That’s true not just thematically, but musically as well. Botanist uses no guitars or bass. Instead, the sound is built around frantically thunking drums and… hammered dulcimer. The result is weirdly familiar for black metal listeners; the shimmering, tinkling atonal washes substitute nicely for the typical keyboard and guitar black metal buzz. The hiss of blurred noise creates an evil trance in which the garbled vocals grate, muttering half-heard dreams of foliage.

At the same time as it rhymes neatly with black metal past, though, the album also recalls other pagan traditions. Particularly, the acoustic weirdness reminds me elliptically of Comus, the prog-rock godfathers of cracked folk fecundity. Botanist’s “In the Hall of Chamaerops” from Rose from the Dead, for example, is melodic and pastoral, with the ritual drums and the demon vocals adding an air of dread. It may be taking a different path, but it’s definitely the same forest that houses Comus’ drawn-out manically giggling odes to satyrs and Greek rapist gods.

The common ground for both Comus and Botanist is the ground, which they worship for its fearsomeness. Botanists' “Euonymous in Darkness” makes this explicit. Over a staggering dulcimer line that veers between almost-melody and tolling church bell, Botanist turns a common bush into a symbol of eternal dread.

Rather than shaping plants to their will, the birds here are at the beck and call of the shrub, which uses them to secure its own deathless power. A bird or a human may think it is acting on its own desires, but really it does only as it’s told, directed hither and yon by nature’s blind ambitions. The botanist is not the plant’s master, but its servant.  The garden crawls over us, to ominously joyful chimes.