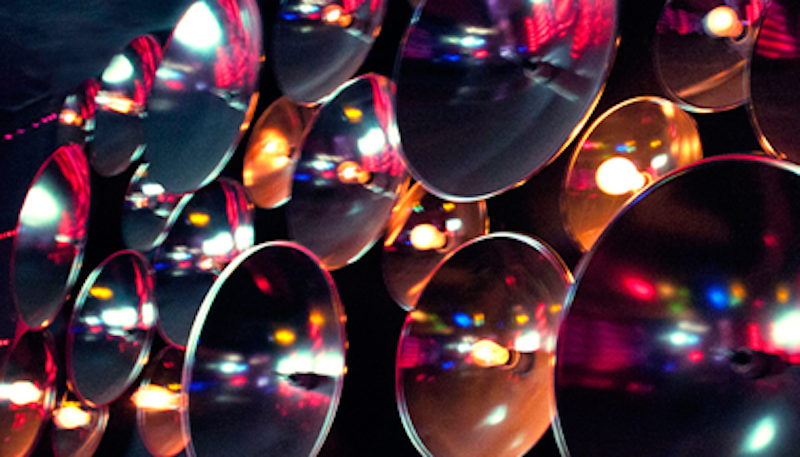 Washington, D.C. is not my favorite place in this country. It’s boring. But if you ever find yourself on U St. on a Friday or Saturday night, with the gays and the bros and the chicks, you’ll quickly realize that this area is one of the epicenters of D.C. nightlife. All the most exciting music venues are in the area: the Blackcat, 9:30 Club, poetry slams at Busboys and Poets to twinks going H.A.M. at Town. In the U St. corridor, there really is something for everyone.

I went to Town—the D.C. gay mega club—for the first time last year, right around the time I moved to Richmond, VA. Even though gay clubs are not my thing, I was really impressed with the space—the size, the technology, the feeling. Now you can barely get me to stay in a gay club for more than one hour before I lose my mind/start complaining. The reason I hate mainstream gay clubs is that the DJs in these places insist on playing horrible music. Hello, I did not just pay a $15 cover charge to come in this place and dance to some shit I already heard on the radio on the taxi drive over here.

I’m a music head: I’m sensitive to sound, to music, and I’m probably the only gay this side of the gloryhole who doesn’t go out to find sex or hookups. I go out to experience music. I can’t afford a bomb-ass sound system, so the only way to really enjoy awesome dance music is to be in spaces that have invested their coins in expensive sound systems that take you where you need to be took.

A few weekends ago I went to Flash, a new underground dance music club located in the U St. corridor. I heard about it from a friend of mine, a huge drum & bass head. I trust her opinion, and she told me I had to peep Flash D.C., which has only been open a couple of months. If you know the temperature of dance music culture in the city, then you know that currently U Street Music Hall, a democratic music venue created by DJs, has set the tone for the experience of underground dance music. Their sound system has regularly been voted the “best” in the United States.

Flash promises to undo all of that. I rolled up to the club and waited on line for 15 minutes before being let inside. Normally waiting on line for a while is okay, unless it’s like two degrees outside, which it was the night I went.

Walk into Flash and you’re instantly confronted with a sexily lit bar. Everything is concrete, urban and complete with various places to sit and relax before you enter the main venue upstairs. Music pours through the speakers, getting you ready for what you hear as you head to the dance floor.

To get there, you wait on line to take a picture in a photo booth with all your BFFs and then pop out on the other side, where you’re dropped off in front of an ATM and the coat check. I always love when nightclubs try to offer a powerful experience, something you will remember, and having the photo booth-as-entrance in the age of the selfie is a really hot idea, even if it is sort of a waste of time. But you get to keep the picture! So, I guess that’s good.

Like I said, the night I went it was fucking freezing, and the coat check ran out of spots for people’s gear way too early, a definite club no-no. It’s probably a good idea not to have a coat check the size of a cupboard, especially during the winter months and especially if you are wanting folks to get popped off and stay for a while.

After paying, you walk up a flight of stairs, where the walls are coated in graffiti, giving it that worn-in, grit-glam, Berlin-like feel. You’re ejected onto a crowded dance floor. The lighting is cool and the dance floor is tight, which I actually love. Like that you feel the power of several Funktion-One towers pointing at the floor. If you only go to Flash once, go just to experience the sound system. Before we rolled into the club, while we waited outside in the freezing cold, I told my friends that Flash was “hot,” mostly because of the sound system. Lo and behold, the sound system was the first thing my friends noticed when we got inside.

“This sound system is crazy,” one of my bros said. “I can talk to you at a normal volume, still hear you, and still feel the music.”

That’s the brilliance of the Funktion-One sound system: it’s capable of delivering powerful sound at super loud volumes, sound you can really feel inside your bones, your cock, your blood, your shoulders. And while it’s doing all this, you can still talk to your BFFs at a perfectly normal volume, be understood and, most impressively, leave the club with your hearing intact.

U Street Music Hall is known in D.C. as being an underground venue for dance music lovers, and not just because it is literally underground. But the sound system at Flash blows U Street out of the water. That said, the crowd at Flash was a bit, how to put it, heterosexual? You know—quite boring. Like I get it, you fuck the opposite sex: I hope that works out well for you. There are girls with purses dancing and there are bottle service tables on two sides of the dance floor, another serious no-no, and the club had a kind of bro-y vibe, almost like some dumb frat brought all their bros there tonight to partay.

Great dance clubs need diversity. You need gays. You need serious house/dance music heads. You need bros. You need the people who dance weird and who promise to knock your eye out if you don’t get out of their way when they dance. You need to have your crotch grabbed by someone. For all the power and glory that the sound system brought to me at Flash, I wished the crowd was more diverse, more interesting. Maybe it’s because D.C. is a painfully boring city, but even at U Street there are enough weirdos who keep the space interesting.

Flash was great sonically but boring socially. It’s still a new venue, so it’ll be interesting to see how the approach to club culture changes over the upcoming months. I can’t wait to go again.