Rudder brings back my youth. 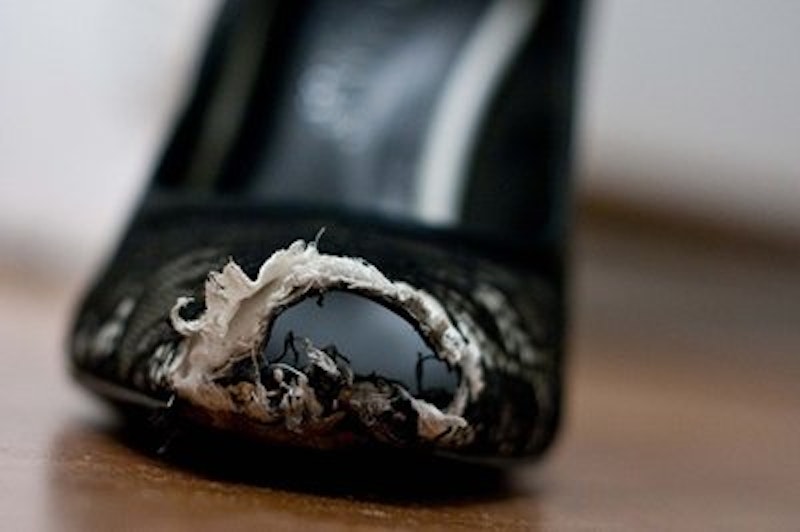 The last time I babysat my daughter and her husband’s dog was when he was a “little guy.” He’d go crazy off the chain for an hour and then nap for about three hours. It was like having a baby around: expending all its energy in one burst then sleeping soundly. No problem.

Now that Rudder is eight months old and 80 pounds, it’s a different story. He’s off the chain crazy most of the time and then takes a half hour nap long enough for me to take a shower.

When I take him out, he picks up the longest and biggest stick or log he can find, and runs toward me like a defensive battlement. I’m not kidding. If you don’t get out of the way, he hits your legs and buckles them down. I’m not young anymore. He also picks up everything that is disgusting in and around our house. Dirty socks, fox poop, used Kleenex, and eats them. He motivates me to keep my bathroom garage cans empty.

We bought him a steel-enforced toy duck at Petsmart and he successfully ate two legs off the duck. The next day, he delivered the legs, intact, back to us via… well you know how he did it. I don’t get many paper bills anymore, but I do get my electric bills because if I read the meter they don’t charge me for coming out to read it. I have no idea what my electric bill is this month because Rudder ate it, after a two-hour run.

I saw a CraigsList ad once for “Free Dog” that I thought was a joke. It read verbatim “This dog is a North American Black and Tan Jackass, 2 years old and has ADHD. Likes to dig. Will dig his own water bowls. He will eat any kind of food or non-foods. In the past he has eaten and returned: two pig-shaped corn holders, pencils (found metal and eraser), matchbox cars, a spoon, everything out of the compost bin, and a diamond necklace.”

That is Rudd all the way!

My daughter had him at her mother-in law’s mother’s house the other night and while they had a bonfire, he quickly went into the woods and got into the remains of deer guts that a hunter had left. He came out running full force with his head covered with blood. I know this sounds awful, but they said he looked like Mel Gibson in Braveheart running out of war.

In the past, Rudder hasn’t been able to jump on the bed. Now he has that figured out and can jump on couches, beds, whatever, and would be a great fox jumper if he were a horse.

He won’t bark at strangers but will bark at a bag of garbage that’s left on the deck. He’ll walk fine beside you off the leash but in town on the leash he’ll have a meltdown: pulling, spinning, and working himself up so much that he will collapse from the sheer mental exhaustion. His attention span maxes at out at four seconds. You can watch his brain shut off. Golden Retrievers are known for this; his eyes go vacant.

I love Rudder. He reminds me of my youth: rebellious, mischievous and lovable. It reminds me of how wonderful youth can be, misdirection and all. Rudder is loved no matter what, just the way he is.