Shopping Can Save the World!

Could Confessions of a Shopaholic convince people to spend our way out of the recession? 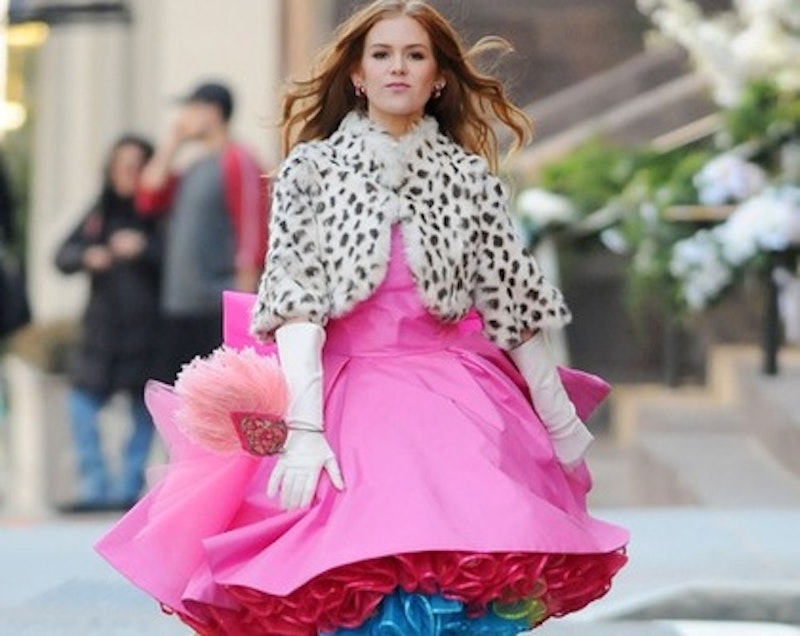 I am so excited about the Confessions of a Shopaholic movie! Surprise, surprise. Any gay boi who’s not excited about this flick is not really gay. Judging by the trailer alone, the movie has mastered the Secret Formula. You know, the “Big city + two-to-four women in designer clothes walking around in heels + shopping + the token gay BFF = instant hit!” formula. Everybody knows that the only thing that matters in life is the razzle and dazzle of glamour.

Enter The Recession. I don’t know if it’s just poor planning or what, but what I’m totally confused about is why the suits at Touchstone Pictures decided to release a movie about compulsive shopping and high-end luxury goods in a time when apparently nobody has any cash; when people—including rich people—are losing their jobs; when even the couture label Chanel laid off 200 of its temporary employees. I wonder how to make sense of a shopping movie that’s rearing its stiletto smack dab in the middle of the so-called Greatest Economic Crisis Since the Depression and the equally apocalyptic End of the Luxury Market As We Know It. The movie might seem out of place, but it’s actually very timely.

What do audiences get out of movies like Shopaholic? They’re all exactly the same, you know.    I know I’m not into them for the thrilling plot twists. But I also really think that it’s more complicated than wishing that I too could be a filthy-rich teenage girl armed with a black AmEx card and shopping at Prada everyday. Maybe I just love the possibility of escaping to a world where everybody is rich and has enough money to look fabulous.

And then I feel totally dumb for buying into advertising’s ploy. Do people realize that advertising is all about convincing us that we need to escape to something better? The best advertisements seduce consumers into feeling the need to flee from their drab, boring lives and participate in the promise of a newer life, brought on exclusively by the magical power of a product that only this or that brand can offer. If you think about the movie this way, Confessions of a Shopaholic is the greatest advertisement for our deflated economy. The movie might seem to be about saving, but it’s also about spending. I haven’t seen the whole movie yet, but I have seen the clothes. And they are fierce, gur! The movie is so deliciously put together that I have a hunch such a flick could get people to think positively about spending money (on clothes, anyway).

The luxury industry, because it is an industry just like finance or insurance, has been coaxing people into paying top dollar for goods for hundreds of years. Recessions, Depressions, Concussions and other poor economic times come and go, but people’s thirst for social standing, nearly guaranteed by la luxe, isn’t quite so finicky.

So that’s why I think there is nothing more ridiculous than the idea that the luxury industry is going to collapse in on itself at any moment. A number of recent articles in The New York Times and elsewhere have declared the death of luxury. Hah! They’re saying that with prices on luxury goods slashed so low during the sale season, and given a lack of Benjamins, high-end shoppers will no longer let LVMH pull the cashmere over their eyes when it comes to pricing. Who will pay $3000 for a pair of shoes when now they know that they could get the same pair for $300 on sale?

Touché. But what should be emphasized in any discussion of luxury, high-end designers, and shopping is that people are never paying for a product. They pay for the experience, the advertisement, of participating in a culture that not everyone can be in. Because what, really, is the difference between two identical pairs of shoes, both made in China, only one of them is seared with the red Prada “stripe”? It’s everything else outside of the fancy footwear that matters. I went to Saks Fifth Avenue in New York this past December and saw a bunch of Prada wallets just spread out all over a table. I thought, Where Am I, Old Country Buffet?

And that’s how Confessions of a Shopaholic can impact the economy. Who knew that shopping could save the world? Shopaholic offers moviegoers the experience of luxury and delicious glamour, with the added subliminal message that the peons will do whatever it takes to be hot just like the divas on the big screen.