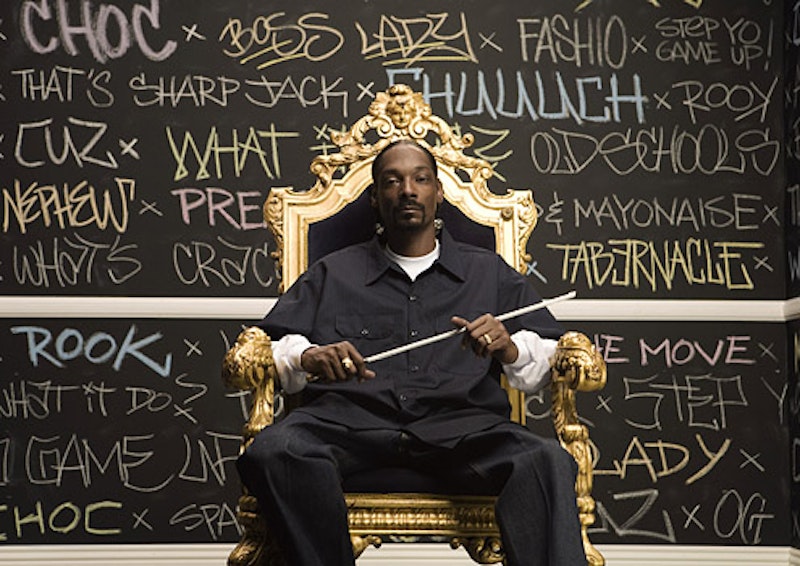 Courtesy of E! Take a moment to read that blackboard.

For musicians, appearing on a TV reality show is an easy way to stay in the public’s eye after the hits dry up. But does it doom them to forever disappear from the charts?

When Whitney Houston’s first album in nearly a decade, I Look To You, debuted at the top of the Billboard charts in September, it represented the embattled pop icon’s triumph over a number of personal setbacks, including drug use, divorce and several years without a hit. But perhaps her biggest hurdle of all was the return to music after reality show notoriety on Being Bobby Brown, the 2005 reality show ostensibly about her then-husband, in which Houston quickly became the main attraction. With catchphrases like “hell to the no” and her infamous “kiss my ass” scene becoming an internet meme, she was back in the public eye. She wasn’t a star anymore, though, just an entertaining has-been. Becoming fodder for clip shows like The Soup probably wasn’t her idea of good publicity, and Houston declined to do a second season of the show before splitting with Brown and getting back in the studio. That was a smart move; if she'd kept acting a fool on basic cable there's a good chance she'd never have another hit record again.

For most of the decade, reality shows have dominated the television landscape, the majority plucking regular people from obscurity and turning them into, for at least a few weeks, big TV stars. But in recent years, those shows have become an easy vehicle for people who are already famous, but maybe not as famous as they used to be, to cling to fame a little longer. VH1's entire programming slate, cheekily dubbed “Celebreality,” revolves around the idea of taking washed up aging celebrities, including 1990s artifacts like MC Hammer and Vanilla Ice, and letting them misbehave on camera. After Public Enemy's Flava Flav became the network's unlikely breakout star, women lined up to compete for his affection in the bizarre Flavor Of Love, which of course led to Rock of Love with Poison frontman Bret Michaels. Both shows were hits, but Public Enemy mainly tours to play their old classic albums, while Michaels uses his TV outlet to plug a solo career nobody cares about.

Sure, reality TV can launch musical careers, as evidenced by the half dozen or so major stars who emerged from American Idol. But while the show made recently departed Paula Abdul—its resident faded star—more famous than ever, her belated attempt to launch a recording comeback was a bust: The singer who notched six Number One singles from 1989 to 1991 completely missed the Top 40 with her two recent post-Idol singles. Several groups have recruited new members via TV competitions, including incredibly tacky attempts by INXS and TLC to fill the shoes of deceased members. Even the Pussycat Dolls, who searched for a new member with a CW series right off the back of a huge hit album, suffered a sophomore slump immediately afterwards. Xzibit had a thriving rap career around the time he took a job hosting a little show on MTV called Pimp My Ride. He hasn’t had a hit since.

Some artists seem destined to make the jump to TV and leave music behind. R&B singer Ray J has had a few big hits songs, but is better known for just about anything but singing, including who he’s related to and who he’s slept and/or made a sex tape with. His VH1 dating show, For The Love of Ray J, isn’t a huge hit, but it came back for a second season anyway, and the promotional tie-in single he’s hawking with it is nowhere near the hit that last year’s “Sexy Can I” was. If you watch the show, you can see his music career slowly receding into the background.

Of course, some musicians are just too firmly entrenched in popular culture for even TV success to have much effect on their main gigs. Ozzy Osbourne had more rock radio hits after becoming a doddering TV dad on The Osbournes, and Snoop Dogg keeps pumping out albums even after his E! series Snoop Dogg’s Father Hood. But both those guys have been coasting along on past accomplishments for years, and will never again reach the heights of their glory days with Black Sabbath and Death Row Records, respectively. The only relatively young, contemporary hitmaker who’s managed to balance radio hits and reality stardom is R&B diva Keyshia Cole, whose BET show The Way It Is has run concurrently with her last two platinum albums. And perhaps the reason it hasn’t hurt her career is because it’s her mother Frankie, not Keyshia herself, who’s become the show’s main attraction and source of laughs.

So who else, besides Whitney, could beat the curse and decisively bounce back to the charts? The answer, it turns out, may be Baltimore’s R&B star Mario. Perhaps no reality show in the past few years has been a bigger dumping ground for has-beens than Dancing With the Stars, and the music stars that occasionally hoof it up on the show usually hail from 90s boy bands. And that’s why it was worrying when Mario appeared on the show last year. Only 21, he was the show’s youngest contestant, but with the memory of his 2004 chart-topper “Let Me Love You” quickly fading it seemed like he was throwing in the towel on pop stardom prematurely, to appear on a show with people populated by people like Wayne Newton. Then, this summer, a funny thing happened: Mario’s latest single “Break Up” became his biggest hit in five years, giving his music career a much needed boost. Whether it’ll last is up to him, but he should appreciate how close he came to ending up in reality purgatory forever.