Nothing But Dead-Eyed, Empty Stares 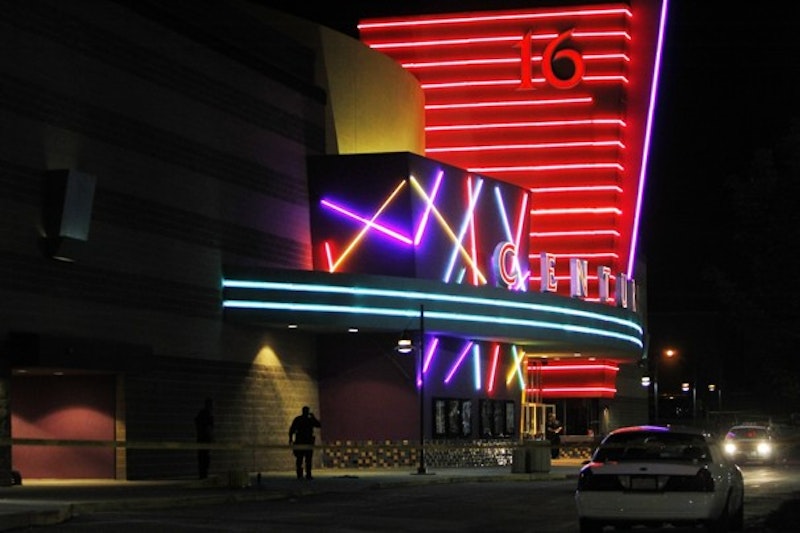 Have you ever been gutted, horrified and driven to homicidal rage by a movie review? Me neither, but Marshall Fine took his life into his own hands when he wrote one of the few negative reviews of Christopher Nolan’s The Dark Knight Rises this week, a condescending sneeze in the general direction of “an audience too young to have been born” when villain Bane first appeared in the comics. His piece is dripping with the kind of smug, jealous sarcasm of people who think their Criterion-endorsed film taste elevates them above the common mouth breather. His website’s tagline is the gag-worthy “Movies for Smart People,” with Fine’s smirking face to the right, ready to eat so much shit. Hollywoodfine.com itself looks like an after school computer class project from 2002. My point is: who cares what this smug asshole with a crumpled Kleenex of a face thinks?

Fine received death threats and almost 1000 comments on his piece the day it was published. The bile spewed at the half-dozen writers brave, obnoxious, arrogant, or stupid enough to publish negative, vaguely baiting critiques of TKDR was bad enough that Rotten Tomatoes locked down the movie’s comments, tragically rendering millions of Americans to seeing Batman this weekend without first checking to see what the commenters on Rotten Tomatoes thought. I’m just surprised fanboys, even a handful of them, care so much about what this guy thinks. Or that he upset the perfect Tomatometer score. Kurt Loder didn’t like the movie either- are you going to kill him, too? So many people don’t trust their own opinion—on how they look, their friends, what movies, bands they like—they need a critical, “professional” source that postures to make total chaos into cold hard statistics. These drips don’t trust their own internal meters and they need validation from people in dress shirts.

The media is just as petty as the underlings it serves. Last night’s awful midnight movie theater massacre in Aurora, CO has reporters, anchors, writers, even witnesses caught up in the fever of breaking, big news. Does anyone else find it disturbing the more these sorts of freak tragedies occur, the more normalized and almost excited people get about them? It’s like when a celebrity dies, or Clay Aiken doesn’t win American Idol. I was disgusted to see someone who was in the theater interviewed by Denver’s local news only hours later, seeming giddy and unable to contain smiles at the excitement of being on TV. He talked about being grazed by a bullet and having a friend unaccounted for with a smile on his face. Chuck Todd’s interview with witness Jennifer Seeger is equally nauseating. Todd is riveted as he asks Seeger, “Was he aiming, or was he spraying?” a question that comes off as something you might find in a South Park parody. If Todd and his cable news contemporaries were the serious, moral journalists they pose as, what we’d be talking about this morning on TV is why massacres like this are becoming more and more normalized, why a 24-year-old Ph.D. student could buy enough guns, ammo, and tear gas to kill thousands of people, and how we react to these horrific events with the bemused indifference of hearing Tom Cruise and Katie Holmes are getting a divorce.

Stories like this make CNN, MSNBC, and Fox a lot of money, and they stand to benefit every time a Laughner, Holmes, or Cho slays a dozen people. No wonder they make these killers into idols and culture figures by giving them exactly the notoriety, fame, and recognition they seek. Killers should be kept anonymous in news reports like rape victims. There’s no reason their faces should become iconic, it just drives more people to kill for fame. Don’t take your media so seriously. None of them are worth killing over a bad review. Just don’t listen.