Network shows are de facto ads for the Democrats. 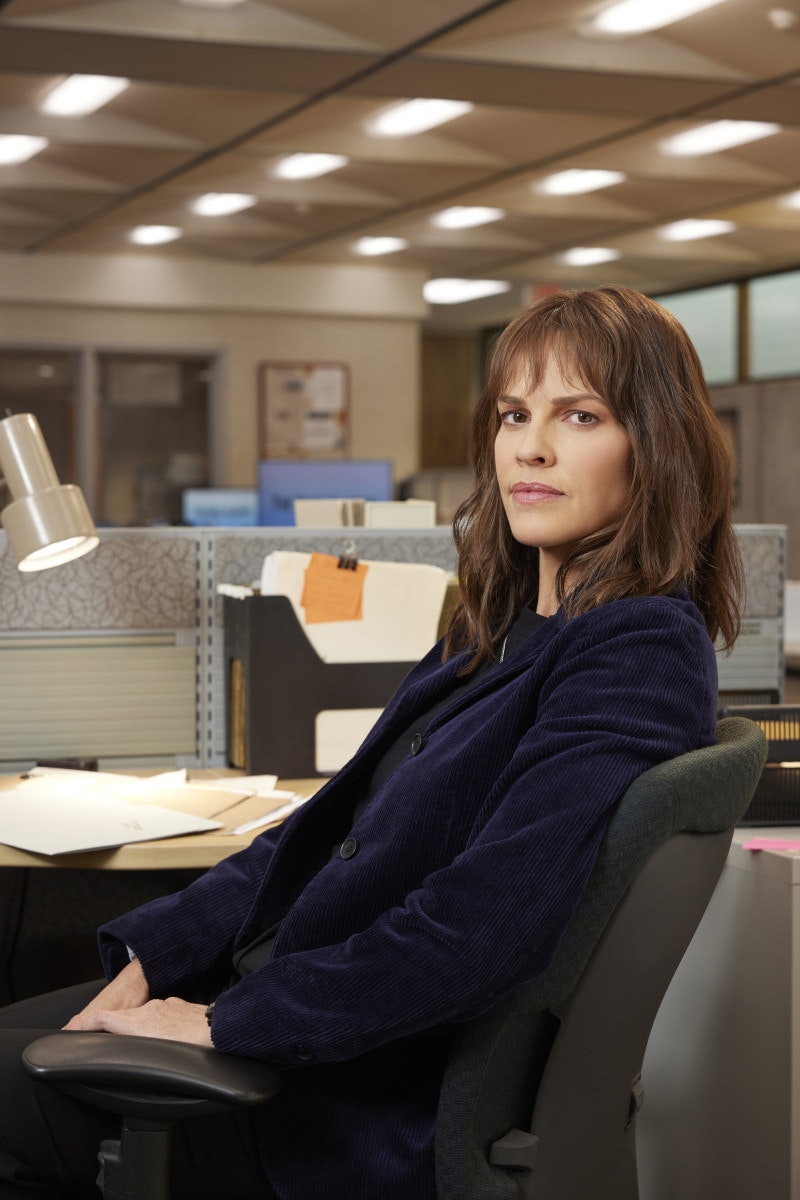 Last week I watched the first episode of Alaska Daily—an ABC drama streaming on Hulu—and though I’m drawn to movies and TV shows centered on the media, this one, unless it improves, is a loser, a bit surprising since it was created by Tom McCarthy, who wrote and directed the great film Spotlight (2015) about The Boston Globe’s better-late-than-never expose of abusive priests. The series, which might as well be called “This Isn’t My First Rodeo,” for all its tired newspaper cliches, stars Hillary Swank (not one of my favorite actresses), as a celebrated, and “hard-boiled” investigative reporter named Eileen Fitzgerald for—I assume a stand-in for The New York Times—the daily Vanguard, until she’s “cancelled” after one of her stories, about the president’s Secretary of Defense nominee, has a fraudulent source and her dirty laundry spills out on social media. She’s mean to female co-workers, it’s discovered, and jettisoned from the paper; although Fitzgerald is mercifully not called an “ink-stained wretch” (perhaps edited out by a sensible person on the set), she works on a book until interrupted by a former editor who convinces her to gloss up the faltering (25-person staff, downsized for obvious reasons) Alaska Daily in Anchorage.

You can figure out the rest of the plot’s arc; I’ll be along for one more episode and probably call it quits, for Alaska Daily is a simplistic show about the media, not unlike Succession, but at least the latter, which is just as unbelievable, has a killer cast, if a similar cartoon feel. There’s one scene in AD’s premiere that was a little suspicious: a rookie reporter, with Fitzgerald’s reluctant mentoring, appears at the front door of a family man who’s engaged in some funny money business and the guy knows he’s nailed. He also happens to be gay (naturally) and pleads with the AD’s Jieun Park, saying that for her it’s just an ephemeral, if sexy, byline, but it’ll destroy his personal life. Park returns to the newsroom and says she just can’t ruin this crook, and exits the building, weeping, until Fitzgerald bucks her up and says the story’s important because Anchorage residents deserve, demand!, the truth.

In any case, I’m midway through Fredrick Backman’s latest entry in his Beartown series of books (Winners is the third, and I hope there’s another; the Swedish Backman is one of today’s most prolific and skilled novelists) and there’s an exchange between a veteran journalist and his editor-in-chief daughter (at an even more decimated newspaper that’s situated in a remote part of Sweden) that’s nearly identical to that in Alaska Daily. They’re investigating a complex cook-the-books scheme to benefit local businessmen and ostensible backers of the Beartown hockey club. Winners was published in Sweden a year ago, and just came out in the United States: I’m not sure if this is plagiarism (for the few who still care about that once top-of-the-totem-pole journalistic transgression), could be a coincidence, but that’s what they all say.

From Winners: “When [the daughter] was little she used to hear about how [her father] had uncovered scandals and ruined powerful men’s careers, but also their lives, their families’ and their children’s lives. It was his job to scrutinize those in power, but he was so good at it that the consequences were momentous even for the innocent, and she often wondered how he could sleep at night. The answer was both simple and complicated: his only loyalty was to the story being told. True ruthlessness always demands a belief in some sort of higher purpose.”

As the fine Los Angeles Times critic Robert Lloyd, whose reviews I usually read unless a paywall blocks access, notes in his dutiful two cents on Alaska Daily, “Everything leads to an overtly inspirational moment, line of dialogue (‘This job isn’t easy, and we don’t do it to be liked—we do it because it matters’) or newspaper column read as narration… [I]t is a tract in the form of drama, making the case for the dedicated maintenance of a pillar of democratic society. I can’t argue with that.”

I’m not sure if Lloyd’s referring to the rookie reporter’s lesson—there are any number of “speaking truth to power” newspaper nostrums in this first episode of Alaska Daily—but he definitely liked the show more than I did, though it’s my impression he bent over backwards in doling out compliments.

More overt in attempting to influence the “national conversation” is NBC’s Law & Order (which began in 1990 and was s ground-breaking cop show and politically even-handed, at least for the four seasons that Michael Moriarty starred as the Assistant District Attorney), a Dick Wolf creation that reappeared last year after its long run ended in 2010 with a mellower Sam Waterston reprising his DA Role. In an episode of Law & Order Season 22 that aired on Sept. 29—which could’ve been (and maybe was!) an advertisement for the Democratic Party before next month’s midterms, the story focuses on the overturn of Roe v. Wade this summer.

A 17-year-old woman, Becca, is found dead in a park, and as the detectives chase down leads, they soon find out she’s the daughter of Texas’ governor, Ron Carter. She’d traveled to the city to have the abortion that’s no longer legal in Texas. The governor and his wife fly in from Austin that night and the next morning, he gives a vitriolic pro-life press conference while also blasting the police department and New York City in general. What’s inconceivable is that Carter, less than 24 hours after his daughter’s murder, shows no emotion while promoting his political views. As it turns out, unbelievably, the killer is the Carter’s pro-life son, and the last frame shows Drea, the Texan woman who helped Becca cross state lines for the abortion, shot on the courthouse steps.

New York vs. Texas. Blue vs. Red. That says it all, although even the most gullible viewer knows that if, say a child of a real red-state governor or senator was killed in such a fashion, politics would at least take a breather while the family mourned.