More From the Celebrity Feud Files 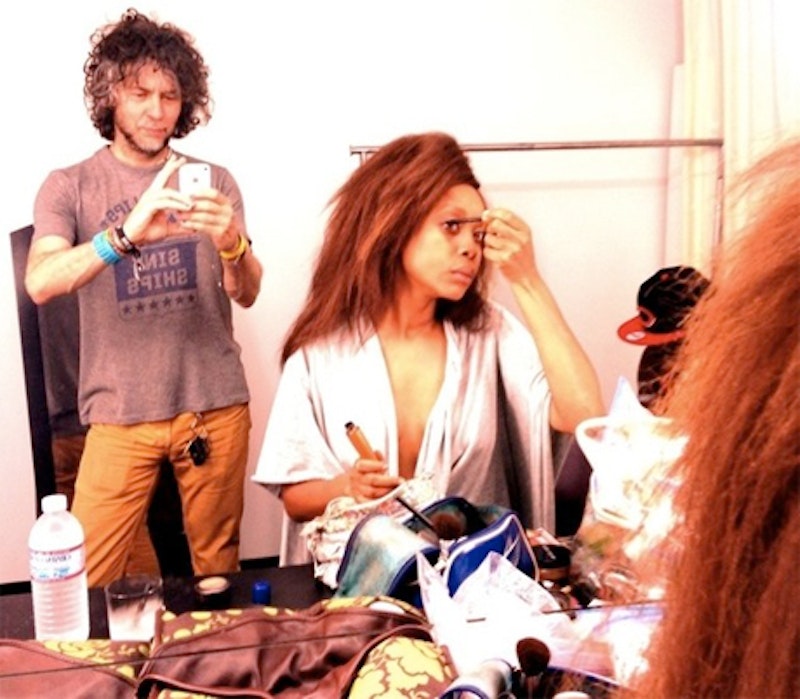 As bitter as "artistic differences" can often be, rarely do they reach the level of ugliness surrounding the recent dispute between recording artist Erykah Badu and Flaming Lips frontman Wayne Coyne. What started as a chance collaboration between two artists from very different genres of music soon gave way to alarming revelations and anger uncharacteristic of both involved parties.

The controversy primarily involves a leaked music video containing images of Badu and her sister that are provocative and bizarre and of questionable taste. And there was Badu's outrage at the release, claiming the footage was unapproved and that Coyne's decision to make it publicly available made her feel personally violated.

However, much of the debate in the mass media is not concerned with who was ultimately at fault. Coyne tentatively apologized and removed the video, before later responding in a vulgar and hostile manner to Badu's reasoned but passionate statement about the video and her condemnation of Coyne's actions and deceit. It's clear that Coyne acted inappropriately and conducted himself in an unprofessional manner (even by "rock and roll standards"). Rather, much of the discussion is about Badu's agreement to shoot the footage in the first place in addition to the usual insinuations (even by Coyne himself) of a "publicity stunt."

Badu's reasons for agreeing to shoot the footage are irrelevant. Even though she directly addresses them in her statement, none of the speculated or actual reasons make the footage any less private. Coyne was in a position of privilege, earning the trust of his fellow artist enough so that she agreed to the shoot despite her voiced reservations about the planned video's content. She wasn't shown the final product and obviously would never have agreed to its release as it was presented (again, without her permission or knowledge). That such a blatant abuse of trust and casual dismissal of a person's right to privacy can be tolerated to the point of blaming the target of such hostility and dehumanization raises questions about how gender and racial power imbalances might factor into how the situation developed and was publicly perceived.

An even more sobering reminder that some things haven't changed is the general reaction to the moral question raised by the video's availability. Once something like this is out, each person (and blog, and publication) has the choice whether to link it or share information about where to watch it. It's not a surprising occurrence that so many have, but it's still outrageous and a true obscenity. In the very unlikely event Coyne was honestly unaware of how hurtful his actions would be, Badu has made it clear how the video's release makes her feel and how private she considers the footage, likening it to surveillance footage from her dressing room.

Whether someone personally feels the video is "no big deal" or otherwise minimizes the violation it represents is another irrelevant detail that has somehow found its way into discussion of the incident. Of course there's always the chance new information will emerge or Badu will further clarify her position regarding the video. But as the situation stands there's no reason to doubt her statements or whether her anger and sense of betrayal are genuine. Nothing is preventing anyone from sharing the video, identified as a violation, except his or her own conscience.